Steve Dashew, over at setsail.com, just published a post about being offshore in a short-lived but very nasty blow earlier this summer.

The super interesting thing is that Steve and Linda had just fitted their 78-foot motorboat Cochise with continuously running video cameras. The result is a uniquely useful set of photo-observations, coupled with written analysis, from a guy with a uniquely deep understanding of hull forms.

Doesn’t matter what kind of boat you sail or motor (or aspire to), I highly recommend you read Steve’s post. There is just too much good information about how hull forms work, and don’t work, in big and dangerous waves to let this one pass you by.

Here are two of my takeaways:

Buoyancy needs to be balanced fore and aft

I have long ranted against overly-wide sterns for a whole bunch of reasons. But in Steve’s article we see graphically how vital it is that the stern does not have too much buoyancy, particularly in relationship to the bow.

For if the stern is too wide and big, as we see so often these days, then in heavy weather bad stuff will happen:

On displacement hulls—planing hulls like Open 60s are different—these two requirements are fundamental and immutable for safe offshore voyaging, as I can attest from having spent literally thousands of hours over the last 25 years watching how Jim McCurdy’s perfectly balanced bow and stern buoyancy react to waves.

Another interesting thing from the photos is the way that the flare in her bow sections, together with the resistance of the large anchor and associated platform, helps to stop Cochise from burying her bow excessively.

On Morgan’s Cloud, McCurdy achieved the same thing by carefully flaring the bow and adding moderate overhangs that gently, but firmly, prevent the bow from completely burying in the face of a sea, but still don’t provide excessive buoyancy that would cause slamming and/or excessive pitching.

This same reserve buoyancy prevents Morgan’s Cloud‘s comparatively deep forefoot from locking in when running hard off the wind. 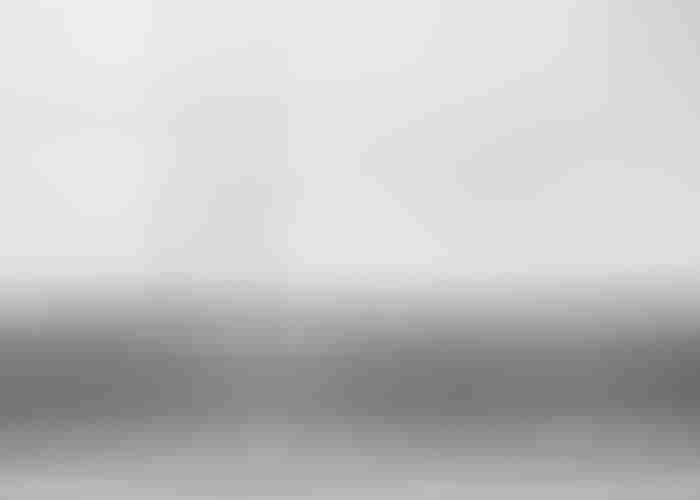 It’s hard to imagine two boats more different than Cochise and Morgan’s Cloud, and yet the fundamentals of good hull design, which makes them safe offshore, are the same, and include balancing the bow and stern so that they work together, instead of drawing a design to accommodate a palatial interior. We ignore these fundamentals at our peril.

Before I leave the subject, reading Steve’s post and studying the photos have got me thinking about the LRC 58 again. I always said that the court was out on what her heavy weather performance would be like, and Matt Marsh, AAC Engineering Correspondent, wrote:

When outrunning a following sea, she should be fine, but I suspect that when waves are overtaking her from astern, the seas will tend to lift the stern and stuff the bow. It looks like she has enough reserve buoyancy up front to handle this, but it’d make for a wet ride, and she’ll need a big rudder and strong autopilot to avoid any tendency to broach or bow steer if there’s a real nasty storm coming up from astern.

I also note that in his latest design being built in Turkey, it seems (from a cursory look at these photos) that Dennis has made major changes to the hull form,  including making the stern narrower and less buoyant than the LRC 58.

Steve’s article reinforces my thinking that anyone taking an LRC 58 into harm’s way fit her with a series drogue to Don Jordon’s design and, in addition, dispense with the large cockpit (as discussed in this post) since I’m not at all sure that keeping going in bad weather, either upwind or down, would be a good idea.