As I mentioned in a previous posting, one of the most attractive features of our new OVNI is the protected rudder, which we think is an essential feature for a long distance boat.

However, the three cruising boats I have owned over the last 25 years were all equipped with balanced spade rudders with no supporting skeg. And as in the last of the three I had covered over 60,000 miles with no problems, I had, in fairness, few reasons to doubt their strength and fitness for long distance cruising.

This last boat, like all commercially registered boats in the UK, has had to undergo a full, out of the water, structural survey every five years, and in the most recent survey the rudder and its fittings received an A classification. With the rudder being balanced, the immense and repetitive loadings it is constantly subject to are seldom felt through the wheel, but we know they exist, so each year we have conducted a careful examination of the shell looking for cracks caused by stress. In addition, every few years we have dropped the rudder, to examine the stock, the bearings and neoprene stuffing gaiter, but we have never found any evidence of deterioration or stress. So when we lost our rudder off the South Cornwall coast this summer, it was, to say the least, a shock. 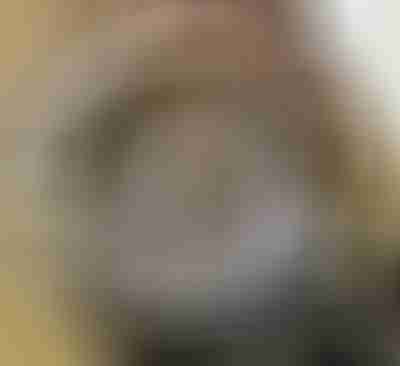 As we were within half a mile of the shore, the priority was to gain some sea room. Fortunately we have prepared for such an eventuality, and with our flexible cutter rig have always managed to work out a combination of sails and warps to make progress in the right direction. So we furled the yankee, backed the staysail, and using the main to bring her head up, we turned her out to sea. With the wind being light we were making little progress, so we started the engine and brought our speed up to three knots. Although we were swooping around rather a lot, the combination of backed staysail and pinned in main worked effectively, so we didn’t need to trail a warp. A VHF call to the Coastguard to explain our predicament ended with the reassuring message that the local Lifeboat was being launched—with passengers aboard they were taking no chances.

The Lifeboat arrived and confirmed that our rudder was, indeed, missing—just as we had suspected. They passed us a drogue to be towed astern, and then a tow line and we were off. We had already dropped our sails as instructed and so had no way to balance the boat, but at a towing speed of five knots or more we were really swinging around on the limit of control even with the big drogue out, making it abundantly clear just how tricky it would be to handle a boat without a rudder at higher speeds.

Two days later she was out of the water, and we could see for the first time the extent of the damage. The 4” rudder stock had sheared off about 6″ down from the hull, inside the rudder blade where no amount of inspection could have discovered a problem. Eventually a surveyor visited on behalf of our Insurers, and after some deliberation drew attention to two faults. One was that there was evidence of crevice corrosion at a weld where the shaft had been sleeved to allow the rudder to taper, which was where the stock had sheared. The second was the unmistakeable sign of “beaching marks” indicative of metal fatigue plainly visible on the sheared stock. So our claim was rejected on the grounds of “wear and tear/metal fatigue”—another shock.

Many yachtsmen are unaware that stainless steel is not corrosion free, and should not be constantly immersed, which can cause the surface oxide layer to break down allowing crevice corrosion to gain an entry. GRP rudders are notorious for becoming waterlogged, and in the anoxic, polluted solution inside the shell, corrosion will soon go to work on even the best marine grade stainless steel. Ally that to the metallurgical changes that the weld itself would have caused, the fact that the step down in size would have effectively created a “hard spot” (and thus a weakness), coupled to the continuous loading and flexing inherent in this type of rudder where it exits the hull, and you have, over time, a recipe for disaster. The remarkable thing with ours may be that it lasted as long as it did.

So now I’m convinced that spade rudders are unsuitable for long distance offshore voyages, not just because many new production boats have stocks made in unsuitable materials (which they undoubtedly do), but also because there may be a potential time bomb waiting to go off even in a well built older cruiser. And whilst we were lucky, and all went well, I could think of a thousand occasions in the past when the consequences might have been very different—and that simply rules them out for me.

Colin has now changed his thinking on spade rudders.