In the last chapter, we quantified how short battery life will be on a cruising boat with a standard electrical system, now let’s move on to fixing that.

This Applies to All Lead Acid Batteries

AGM, gel, liquid filled and carbon foam are all lead acid batteries with the same basic chemistry and they will all fail if we don’t treat them properly. So the following list will help any liveaboard voyaging sailboat owner get longer battery life.

Just to be clear, none of this applies to lithium batteries, which we cover later in this Online Book.

The first three rules are known by most liveaboard voyagers. But if they are all we do we will go through a lot of batteries. Still, they bear repeating:

#1 Don’t regularly discharge your batteries over 50% of rated capacity.

Breaking this rule occasionally is no big deal, but if you break it regularly be prepared to replace your batteries often…really often.

#2 Charge your batteries back to at least 80% of capacity after every discharge cycle.

It’s also important that you do this sooner rather than later. On no account should batteries sit for more than a day or so in a deeply discharged state. Typical battery banks will be close to this 80% status when the charge current (amperage) starts to drop below the maximum that a well regulated alternator or AC charger can supply at the proper acceptance voltage (typically about 14.4 volts).

Now we are getting to the hard stuff. Lead acid battery manufacturers really want you to charge your batteries to 100% after every discharge. But that is simply not practical for us live-aboard voyagers because, although we can honour Rule #2 in an hour or so with good charging equipment, getting to 100% typically takes another five hours! Still, do it as often as you can—read on for how. 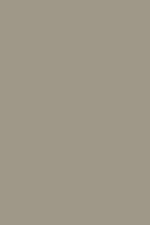 #4 Make sure you have access to shorepower for at least a week after installing new batteries.

The reason is that batteries when shipped from the factory are not “fully finished” and it takes several discharges, followed by charges all the way to 100%, to bring them up to 100% capacity.

By the way, you do not need to “form” new batteries by fully discharging them and then recharging them as some “pundits” will tell you.

#5 Don’t leave a shorepower charger on for long periods.

There are some AC chargers that are smart enough not to damage your batteries by being left on for long periods but they are few and far between. And that indictment includes most of those that claim to be three stage, all singing, all dancing, etc.

#6 Only buy batteries that can be equalized.

Remember rule #3 that none of us liveaboards can really follow? Regular equalization is the next best thing.

#7 Equalize your batteries once a month or so.

We explain how later in this Online Book

For most of us live-aboard voyagers, or at least those like us who are way too cheap to spend a lot of time in marinas, the one and only time we will get to fully charge our batteries will be when doing a longer passage under power. The bad news is that most alternator voltage regulators, yes even the expensive three stage ones, won’t do the job unless reprogrammed from the factory setting and even then, not very well. We recommend a good regulator later in this online book.

#9 Install a smart measurement system and use it.

Contrary to what many manufacturers will tell you, this stuff is generally anything but “fully automatic”. You need to skipper your charging system, just like you skipper your boat, and to do that you need to know what’s going on.

We have three chapters later in this Online Book to help you choose a monitory system and calibrate it so it’s actually useful.

#10 Install an alternator regulator and AC charger(s) that have temperature measurement probes on the batteries.

The reason is that the proper voltage to charge and equalize batteries varies with temperature. This feature is particularly important for sealed batteries like gels and AGMs.

#11 Know how your batteries should be charged and how to tell they are full.

There is more inaccurate information about this out there than just about any area of cruising knowledge. And, yes, to really understand the real facts, you’re going to need to read first two chapters of this online book.

But here’s the short version:

Sure, there are a lot more things you can do to improve battery life: wind and solar power (if used correctly), and complex and expensive fully automated systems, to name just two.

But these eleven steps are all you really need to do to get the dramatically improved battery performance that we are enjoying on Morgan’s Cloud.

Read on in this Online Book for detailed how-to chapters on all of the above.

Next: 10 Tips To Install An Alternator

Previous: How Lead Acid Batteries Get Wrecked and What To Do About It