One of the biggest snow jobs in boat gear sales is the myth of the smart three-stage alternator regulator. In fact, the alternator voltage regulators that have been available to us cruisers for about the last 15 years are not that bright…OK, they’re downright stupid.

They’re so stupid that they can’t even perform their primary function of charging our batteries properly until full.

I know what you’re thinking:

John is saying that a piece of gear with tens of thousands of units installed (that’s a guess) in boats, and thousands more sold every year, that’s so fundamental to comfortable live-aboard life, does not even work. Clearly he has lost his grip.

I totally get your scepticism. Heck, when our old, and sadly no longer made, Link 2000-R regulator died—the last cruiser’s alternator regulator that was actually smart—I bought the then, and now, most popular “smart three-stage regulator” thinking that it would work, too.

I settled down and read the whole manual looking for the fundamental capability that would make it usable on a liveaboard cruising boat, and got to the end to find…nada. So I figured there were pages missing…nope.

What Matters in Alternator Regulators

What’s that fundamental capability? The ability to measure when our batteries are full and reduce the voltage output by the alternator to float.

Lead acid (liquid-filled, gel, AGM, whatever) batteries are fully charged when the current (amps) they are accepting at their specified acceptance voltage—typically about 14.4 volts at 70˚F (20˚C)—has dropped to about 0.5% of their total capacity measured in amp hours. (Check with the battery manufacturer, since these two numbers vary between brands, though not by much.)

Sounds pretty simple, right? And it is. All you need is a shunt in a cable to the house battery to measure that current—often already there on a cruising boat to support a battery monitor—and a bit of simple logic in the regulator to turn the charge voltage down to float (typically 13.4 volts) when the above threshold is reached, but not before.

Easy peasy. But since the death of the Link 2000-R, and a rather complicated regulator from Ample Power (no longer in business), there has been no alternator regulator available, at least that I have found, that could do that simple fundamental thing.

How Could This Be?

Why? Beats the crap out of me. Maybe because few boat owners really understand how batteries charge and, even more distressingly, very few technicians in boatyards do, either, so the industry got away with selling stupid regulators for years, and they even had the nerve to call stupid smart—the power of marketing.

Stupid Is As Stupid Does

Rather than making that simple required measurement, these stupid regulators guesstimate using a combination of time and how much the regulator needed to juice the alternator field coil to maintain the acceptance voltage. That’s bad enough, since different alternators have different relationships between field and output current (amperage) and, of course, how long a battery will take to charge will depend on how much it was discharged…duh.

But wait…it gets worse. These stupid regulators have no way to understand how much of the alternator’s output is charging the battery and how much is supplying loads—they truly operate blind.

The way the manufacturers of stupid regulators get around this fundamental weakness is by shipping the regulator factory programmed to chronically undercharge the batteries, to the point that the regulator will typically cut the charge current back to float in less than two hours, even though a lead acid battery bank discharged even just 25% will typically take at least four hours to fully recharge, no matter how big the alternator—if you don’t believe that, see Further Reading.

Now this can be kind of fixed, in a klugy way, by reprogramming the regulator, which is what I did, and then wrote an article about it to help others, recently deleted since this new regulator makes it obsolete.

But now, finally, we have, once again, a truly smart regulator. Let’s take a look: 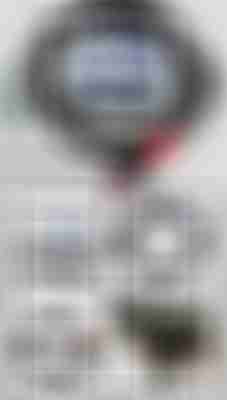 It’s the WS500 from the folks at Wakespeed.

Yup, this regulator is actually smart. Not stupid pretending to be smart.

From the WS500 product page:

The WS500 can be connected to a current shunt to monitor current flow to and from the batteries, enabling the regulator to control charging based on a combination of system voltage and amperage [current] delivered from the alternator to the batteries.

The WS500 also has a bunch of other whizbang features, but the cool thing is all most of us need to do is install a shunt (if not already present) and replace our stupid regulator with this smart one. It’s also a good idea, although not required, to connect battery and alternator temperature sensors.

And the even cooler part is that because this regulator is designed right—measures and acts on net charge current—we don’t have to spend hours reprogramming it to get round its fundamental stupidity.

Instead, all most of us will need to do is set a few dip switches to match the regulator to our system.

Or you can take it up a notch and download a configuration optimized for your particular batteries from the Wakespeed’s site. At the time of writing they have profiles for 19 different batteries, covering most of the popular brands and chemistry.

You can also custom program it, but that looks suspiciously like being:

In short, don’t mess with this unless you really know what you are doing.

But if you want to turn your electrical system into a hobby, in and of itself, rather than going sailing (yes, that was a wise crack), you can go full-geek and connect the regulator to WiFi and do all kinds of groovy things, including the above-mentioned custom programming, relatively painlessly, though still with the risk of screwing things up.

I have no first-hand experience with this regulator, but one of the good folks over at Panbo has been using one for a while and is over the moon. That said, be careful when you read that article since the boat in question is a special usage case where overcharging was a problem with stupid regulators. Also he is less hard on stupid regulators than I am.

Undercharging Is The Danger

But for most of us, undercharging is far more of a concern, since a hundred times more lead acid batteries have been ruined on cruising boats by sulphating, due to incomplete charging, than ever were by being kept at acceptance voltage for too long—yeah, I made that stat up…but it’s probably low, based on my discussions with Justin Godber (principle at LifeLine battery) and my own experience.

And the fact that Rod “RC” Collins, a man who truly knows what he’s doing, is selling the WS500 over at Marine How To, tells me most all I need to know. RC says:

The notion of using current, as well as voltage, to regulate charging has always been the holy grail for intelligent battery charging. With Wakespeed Offshore’s new WS500 Advanced alternator regulator we now have this ability.

I guess I kind of agree with that, if you are going to go full-geek with the thing. But I think just installing it and setting the dip switches will be within the capabilities of reasonably handy boat owners, with the usual caveats about working around batteries and that any alternator regulator wired wrong can cause some pretty spectacular stuff right up to a fire.

But, after all, the only added installation step above stupid regulators, assuming the simple approach, is adding the shunt—does require the tools and know-how to properly crimp and connect heavy battery cable.

That said, if you don’t want to DIY this, or don’t want to buy or borrow the tools, any reasonably competent boatyard electrician should be able to install it in a couple of hours.

Either way, you will need to source the shunt and temperature sensors. If it were me, I would buy the whole works from RC, the guy deserves our support to say thanks for all the great information he provides.

One more important point before I close. If you are putting together a cruiser’s electrical system, or thinking about spending a bunch of boat units on improving the one you have, before you:

…Buy and install, if you don’t already have one, a good quality, preferably large case, cruiser’s alternator with capacity of at least 20% of the battery bank, and one of these truly smart regulators. You may find that you are all done, and even if you elect to keep spending, the total will be way less…unless you elect to enter the coolest electrical system in the marina competition…instead of going voyaging.

Seriously, the difference in charging efficiency on a typical cruising boat between a really smart regulator and one that’s just pretending, is at least 30% if you have properly reprogrammed the stupid one and as much as 400% if you are using the factory default program. And that’s without taking into account that stupid regulators can ruin your batteries due to sulphating in a surprisingly short time.

Yes, I know, throwing out a perfectly good regulator that cost several hundred dollars sucks, but trust me, you will save money in the long run since your batteries will last longer with a truly smart regulator and you can always keep the old stupid one as a spare.

That said, if you just can’t stand to throw your old regulator away, Rod “RC” Collins over at Marine How To has a good programming guide.

I whizzed over a lot of electrical and battery theory above, and made some pretty dramatic assertions. So before you ask me a bunch of questions, please read the first three chapters of our Online Book on the subject.

You will also find a bunch of basic understanding and tips there that will make it far less likely that you will melt a spanner or set your boat on fire while installing this regulator.

Next: Smart Chargers Are Not That Smart

Previous: 10 Tips To Buy And Install A Live-aboard’s Alternator