Many years ago I sailed on a French boat equipped with a boom brake. Perhaps due to one of those curious national idiosyncracies, such devices were (and remain) very scarce in the UK, although they were popular elsewhere in Europe, and I was intrigued to see how it performed. Very well it seemed, as far as I could tell from such a short acquaintance, although it did seem a rather clunky and cumbersome design.

So when we first rigged Pèlerin we decided to try a new design of boom brake from Wichard called a Gyb’easy, which had no moving parts and relied solely on friction. And since we’ve sailed a few thousand miles since then with it I feel far better placed to comment on its good and bad points. 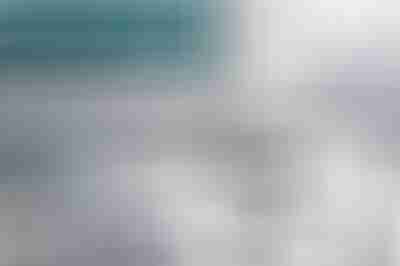 A great friend who was formerly a big time climber joined me to sail from Cork to the west of Scotland earlier this year, and on coming aboard one of the first things he noticed was the boom brake. He immediately commented that it was a derivative of a friction brake used by climbers called a ‘descender’. He also noted that the control line supplied with it was a technical rope from the climbing world, too, with plenty of stretch and strength, so clearly some of it has some pedigree in safety terms.

The device itself is attached beneath the boom just behind the vang attachment, and the double-ended control line is lead forward and outboard to blocks on the toerail and then back to each side of the cockpit where they can be tensioned when the boom is at the desired angle of attack. The device has three slots in it, through which a bight of the control line is passed, with a single pin to hold the bight of the rope in place at the top. By passing the loop through one slot, you have a simple tensioning device to slow the travel of the control line through it (and thus the boom). By putting the line through one or both of the additional slots friction is increased.

To keep it easy to adjust we mounted Harken blocks on Spectra strops outboard and fitted Spinlock clutches to the side of the welded plinths for the staysail winches alongside the cockpit to make the control line fast. In order for the device to work at its best, you need to be able to tension it to maintain a steady level of friction. But it also helps, for example, to ease the tension slightly prior to gybing in most conditions, as this allows the boom to be brought amidships more easily, so it is useful to be able to adjust the line quickly from the cockpit. As it is always rigged we tend to leave ours set up on just the first friction turn, which we’ve found is just about all we need except in very strong winds, and it has performed flawlessly at all times.

We like it for a number of reasons. Firstly, because it is permanently rigged, the boom is always under control during the time it takes to haul in the main prior to a gybe. Secondly, because like all the best things, it’s simple and has nothing to go wrong at the worst moment, and thirdly, because we find it very effective in damping the antics of the boom in light winds and a swell when set up for extra friction. And it really does slow the boom down during all manoeuvres—no crashing across and damaging gear.

The downsides? It is not a replacement for a preventer, not least because a preventer is normally rigged from right forward on deck and attached to  further outboard on the boom where it has more purchase, and there is also less chance of breaking or bending the boom should it dip in.

[For information on preventers, why rigging them is vital, and how to do that right, read three chapters starting here.]

The control line crosses the side deck at a position and height that (at least on our boat) is a nuisance moving up and down the deck. In its current form the maximum size of mainsail that it can cope with is just under 600 square feet, although other makes are available for sail areas in excess of that figure. And it’s another thing to remember when you are cold, wet and tired and about to gybe the boat for the n’th time tonight.

But I was talking to another OVNI owner on the quay this week and he mentioned that he too had a boom brake (different make) on his 35. We were discussing what a great safety feature they were, and found that although we had both found the same small difficulties, ultimately we had come to the same conclusion—we wouldn’t be without one.

Next: Downwind Sailing, Tips and Tricks