After several days of foggy, windy weather we left Port aux Basques to cruise along the southwest coast of Newfoundland. The talk in the harbour was that there were quite a few yachts cruising the coast this year, partly (at least) due to the fine weather that the whole region had been enjoying.

A quick look at AIS tracking site Marine Traffic seemed to confirm this with quite a number of pleasure craft showing up along our intended route. This left us a little apprehensive about finding space in some of the smaller anchorages, but in the end that proved to be no problem at all.

The reality is that when there are a number of boats in an area they often form ‘clusters’ in anchorages and ports due to weather conditions. Then as all boats tend to leave at the same time when a weather window opens, they move in tandem. If you are not in that loop you may never catch them up.

We had heard that there were five boats anchored in Squid Hole, Isle aux Morts, for example, just around from Port aux Basques, but when we got there the place was empty, just to prove this point.

The first thing to go is always the plan….

On the way across from Cape Breton we had been fast reaching in lumpy conditions and, as is our usual strategy, we had partly raised our centreboard to make the boat steer easier and reduce drag. And again, as usual, we pumped the board back down when we came on to the wind in the approach to Port aux Basques to maximise our upwind potential.

When I went through my usual post-passage check-over of the boat I was surprised to find that somewhere along the way we had lost some fluid from the hydraulic system that controls our centreboard and rudder.

Unsure as to whether we had simply had an airlock that had cleared in the rough conditions, I topped up the reservoir and pumped up the rudder and board a few times to check that all was well.

To our great disappointment we found that we were losing a small amount of fluid every time we pumped the board up—we obviously had a leak somewhere, probably from the seals in the ram. And there was no way of confirming this without lifting the boat out of the water and opening up the centreboard box.

This is the worst type of problem you can face, especially far from home and help—we reckoned that the nearest working travel hoist was many miles away in Fortune. Whilst we carry a used ram in working condition, it’s still a major job to remove and replace the offending item, so it wouldn’t be a five-minute job.

This is the cruising life: sometimes you have to make tough decisions. Was there a likelihood that it would suddenly, catastrophically fail? No.

So we decided to monitor the situation, avoid bad weather, and make our way steadily east towards Fortune and see whether it was necessary to haul the boat and abort the cruise. We hoped that with the board down and locked into position there would be no fluid loss—fingers crossed. So off we went.

The Hole In The Wall

We arrived with a stiff southwesterly breeze funnelling up through the channel and swept past the narrow entrance to Squid Hole to see how much room there was, before rounding up and battling back into the wind and chop to check out the entrance more closely before committing ourselves to entering—it did look awfully narrow and the wind would be on our beam…

In the end we decided it looked doable, with the only option being to get some speed on and just go for it if the wind wasn’t to catch us and blow us down onto the islet in the entrance. Our Ovni simply doesn’t like strong crosswinds and will blow sideways like a leaf if not enough forward momentum is carried.

Another nerve-tingling moment in a lifetime of the same, but Louise handled the boat with her usual aplomb and we shot through the entrance into a calm pond and rounded up to drop our hook in the best spot in the anchorage. Time stood still. Up on the hills around us local people were foraging for berries and a merlin falcon swept across our masthead like a tiny arrow. We’ll like this place, we thought.

Back To The Voyage In Hand

Happily, the fog that had plagued us so much this season seemed to be giving us a break at last and we set off the following morning from Isle aux Morts in light winds to head east along the coast.

By now we had got used to the idea that the local wind forecasts were not to be entirely trusted and that there were often currents in unexpected places, so we were not surprised to find that the forecasted southerly was in fact an easterly.

We should have been better informed, because we had downloaded a pdf of local weather lore by Environment Canada Senior Meteorologist Peter Bowyer, but we hadn’t had a chance to read it. Once we did, much that had previously been fuzzy snapped sharply into focus. It seems that there are many local wind and tidal anomalies that are not otherwise advertised, such as the ones we had just met first hand.

Reading up in advance on a new cruising ground is always a good idea and not just the very necessary practical stuff like cruising guides or weather guidance.

Books About The Place

Art, culture and local concerns also help to prepare a mental route map to enable us to get the most out of our visit. So I had two books on the go while we sat out the weather in Port aux Basques that hit the spot perfectly as far as I was concerned.

The first was Mark Kurlansky’s seminal book Cod on the fish that built nations. Kurlansky details in great depth the most amazing story about the destruction of a seemingly inexhaustible natural resource in a matter of a few centuries.

The final sections of the book detail the crazy decisions that allowed completely unrealistic fish quotas for the big fishing vessels out on the Grand Banks even as stocks collapsed. Decisions that in turn had direct implications on the livelihood and future of the people and places we would be passing through this summer.

Effectively, the outports along this coast relied on inshore fishing for cod from small boats and when the major stocks farther offshore were exhausted by super trawlers and factory ships the end was nigh for the inshore fishermen and a harsh way of life that had sustained them since at least the 1700s. As a parable about resource depletion and its knock-on effects it should be taught in every school around the world.

The second was a very different read, Farley Mowat’s Bay of Spirits: A Love Story. Published in 2006, this book recounts his meeting the woman who would become his second wife and their adventures in the 1950s sailing their schooner the Happy Adventure through the outports along the southwest coast and their years of living in Burgeo. 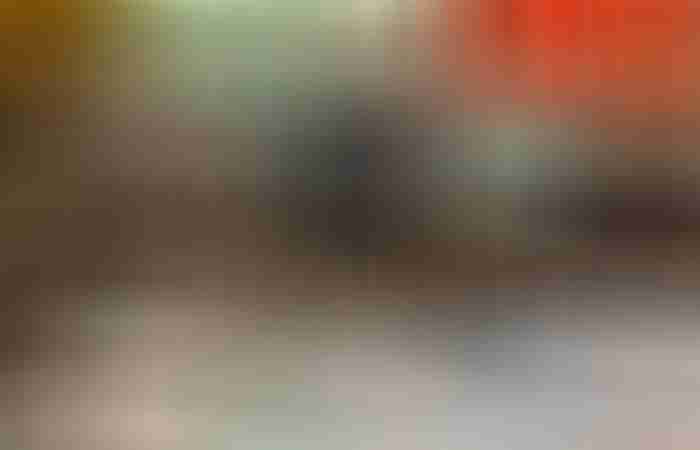 Theirs would be a very different perspective from ours, given that they were present during a time when there were many more active outports, cod fishing was still viable, and electronic gizmology like GPS was the stuff of sci-fi fantasy.

His observations about the people and places are vivid and affectionate and even the event that caused their fall from Eden (which I won’t spoil for you) is better explained with the benefit of many years of hindsight in which he had time to consider the rights and wrongs of his actions. As the dedication in the book says: “A love affair with a special woman and a special world”, which sums it up exactly for me.

So Let’s Go and See It

By evening we were closing with our intended destination, Grand Bruit, an outport that was resettled in 2010. We had heard that there were still a few locals who had opted to maintain their old homes as summer residences and that the fabled Cramalot Inn, a tiny unofficial drinking hole on the quayside, was still sometimes occupied with a smattering of visitors and ex-locals. That sounded like it might be fun and there was also the childlike thrill involved in the thought of visiting an abandoned settlement.

From a distance the town looked intact and unchanged. In a couple of gardens washing still flapped listlessly, but we noticed no other sign of life. As we entered the small harbour the source of the “grand bruit” (great noise in French), a substantial waterfall that ran through the middle of the town, could be heard and we could get a better view of the state of the place.

A few of the houses still looked well cared for, but the slow, steady deterioration of the others told its own story. And the same could be said for the wharf, which was also rapidly falling into disrepair.

Close up, an air of sadness hung over the place and our plans for going ashore evaporated almost instantly. This was a place where people lived and loved, shared their hopes and fears, and where the quaysides echoed to the sound of children’s laughter, not just the noise of the waterfall.

We agreed that we’d feel like trespassers wandering through such a sad and spooky place and slowly turned away, slightly shaken by the intensity of our feelings.

On To Somewhere Less Busy

As always, we had a Plan B in mind, Culotte Cove in Cinq Cerf Bay, which looked really lovely. Almost totally enclosed, with no houses in sight, this was more our sort of place.

As we rounded up and quietly motored up to the head of the cove, an otter swam alongside, taking no notice of the tin interloper entering its realm. We anchored up at the head of the cove off a small white sand beach and as the engine was shut down we were immersed in total peace. Sitting in the cockpit later we watched a caribou pick her way unhurriedly down the rocks no more than 50 m away, stopping to nibble at patches of vegetation as she went.

And as the sun went down at the head of the Cove and a limpid, starlit sky engulfed Pèlerin, we were glad to be back among natural solitude and not the tragedy of resettlement. People come and go, but the rocks remain.