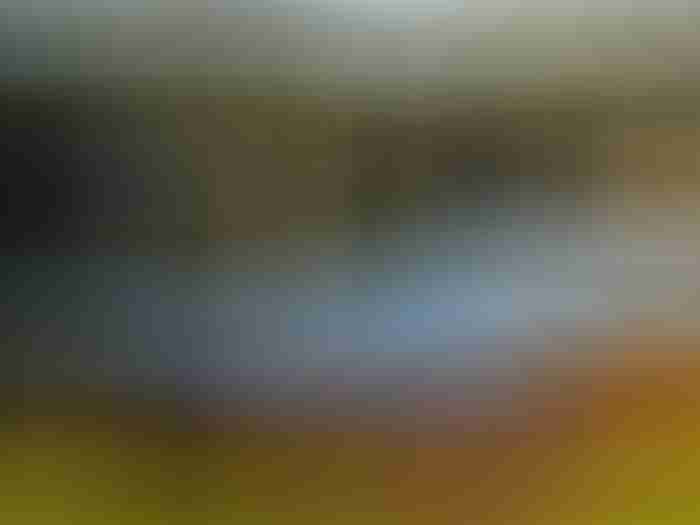 After a slow start, John and I finally got moving with a very pleasant overnight sail from Cub Basin to the Bras d’Or Lakes, followed by a few days of gentle cruising there while the wind decided to misbehave and blow from the east.

When it finally straightened itself out, we opted for another overnight passage direct to Placentia Bay, Newfoundland, our cruising destination for the 2015 season.

Now, getting to Newfoundland means crossing Cabot Strait (“The Chuck” as locals call it for reasons that are obvious to anyone with a sensitive stomach who has crossed that piece of ocean). This is a passage famous for thick fog, fluky winds, and uncomfortable seas; however, our wait in the Lakes paid off and we had clear skies and calm seas. 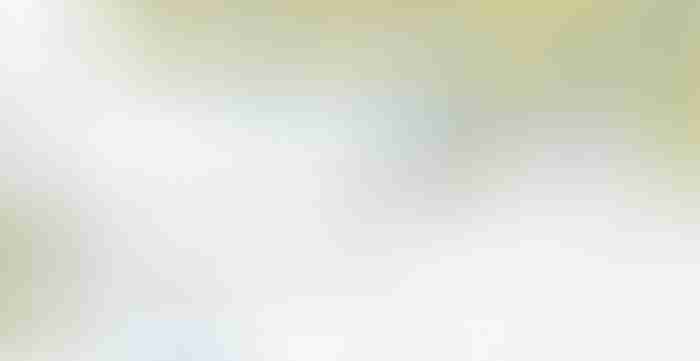 When I came on watch at 11:00 p.m., as I do (John’s watch starts at 2:00 a.m., so I can’t complain), the glassy swell was intermittently reflecting the full moon—flashing here, then there, on, then off, like mammoth marine fireflies.

Our landfall destination was Burin but the conditions were so beautiful that we decided to continue up Placentia Bay to Oderin Island, where we arrived late afternoon.

Now, Oderin has a special place in my heart, as it was my very first anchorage. That was back in 1997, the year I first sailed on Morgan’s Cloud, beginning with an April delivery from Bermuda to Maine, then again in early July from Halifax to St. John’s, with a stop at Oderin. I didn’t know anything about sailing then; in fact, I barely knew John! 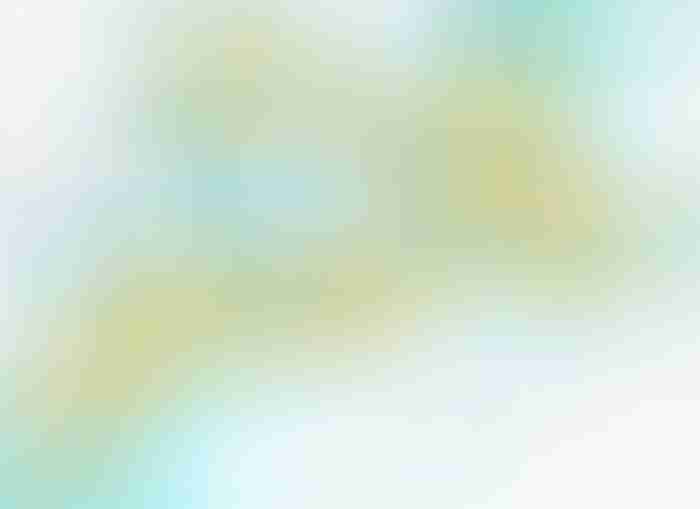 I don’t remember much about the Oderin of 18 years ago and John wasn’t taking pictures then, so we have no record. However, I do recall that a local came out in a speedboat and guided us between the rocks into the inner harbour as the entrance wasn’t buoyed. There were a few people around, using the cottages and wharves during the summer. An old guy made schooner models, that he floated on a string at the edge of the harbour. But he wouldn’t part with one for anything. 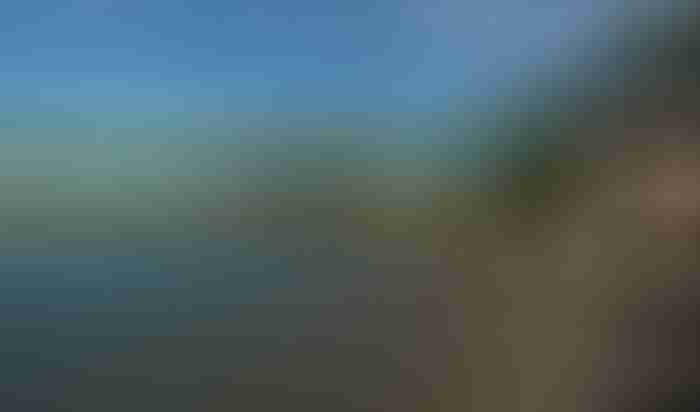 Today, Oderin is a much quieter place—only one house, with fish store and wharf, is still being used occasionally and the rest are collapsed or on their way out. The chart shows three navigation buoys in the approaches, but only one, a red on a rock entering the inner harbour, is still in place. (Another is on the beach in the anchorage, still flashing red x 3 seconds into the sand.) 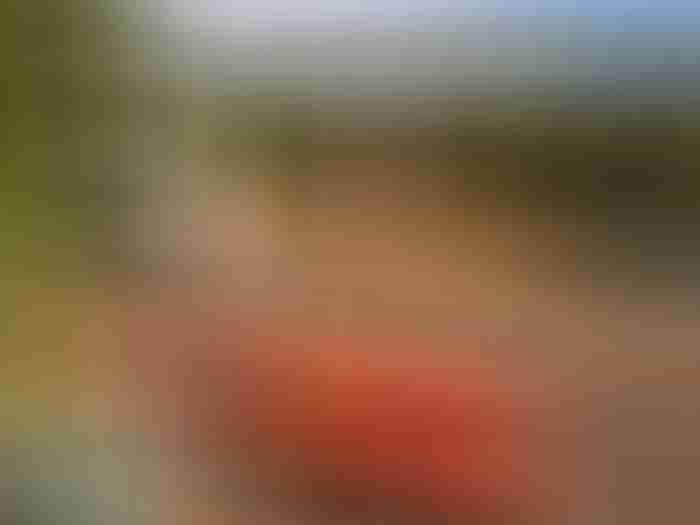 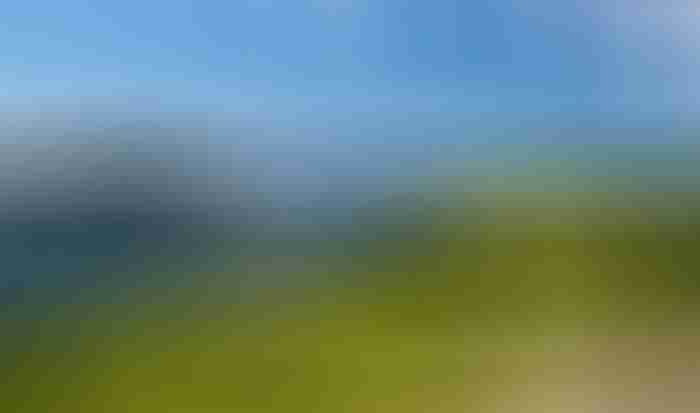 The day after we arrived, another beautiful sunny one, we packed a lunch and walked along a well-trodden path to the graveyard—a mess of fallen down stones, overgrown with tuckamore. The trail petered out in a clump of overgrowth, though we could see faint signs of the old road to Ship Cove, the outer harbour, on the other side, and so we continued on. 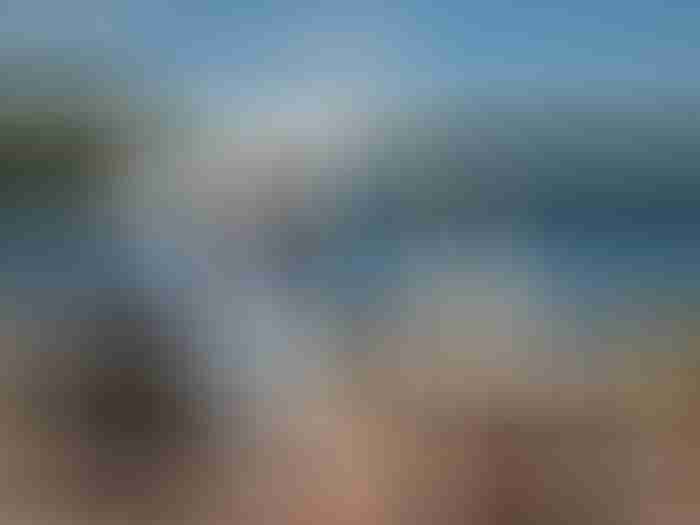 The road ended at a beach covered by the remains of numerous wharves and fish stores. We ate lunch sitting on the rocks, water lapping at our feet, sun blazing, with the memories of a busy vibrant community at our backs. 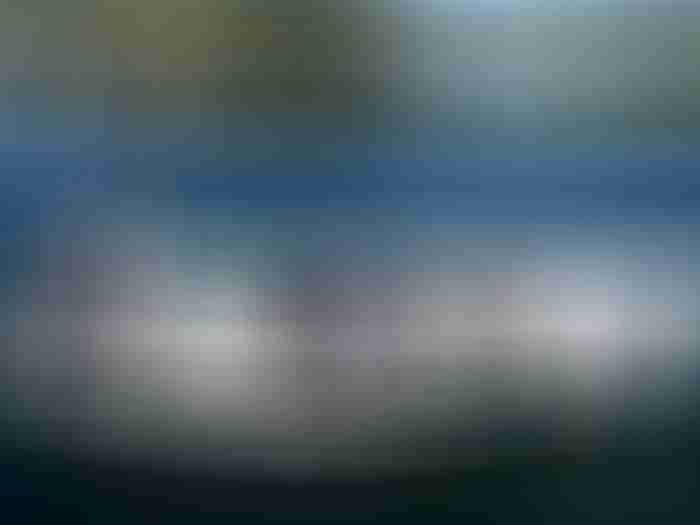 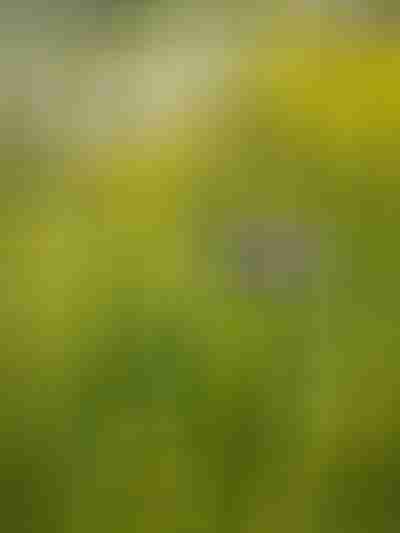 On our return, while we were drinking tea in the cockpit, two brothers, Fred and Jim Lake, motored into the harbour in their speedboat, and came alongside for a chat. They were born at Oderin and described a wonderful life there in the heyday of the fishery: the coastal boat visited daily, even in the winter; there were 400 residents; there was a school and post office. 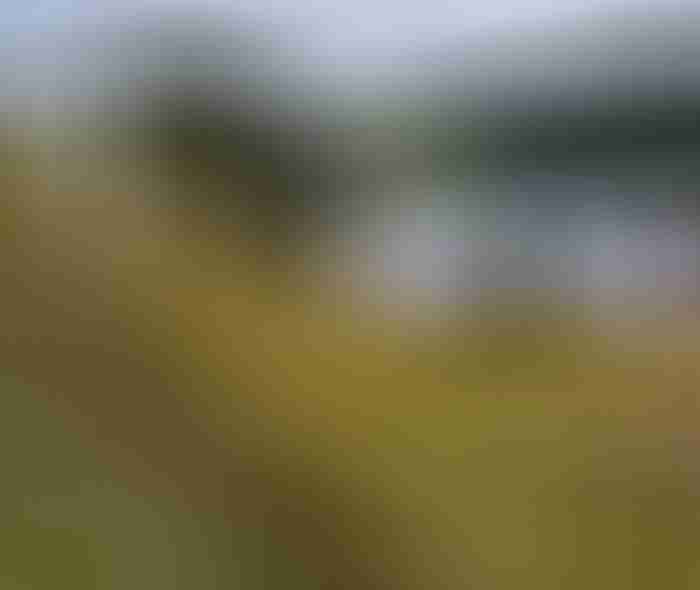 Fred and Jim moved to St. Brides when Oderin was resettled in 1966 and fished out of there for 26 years until the end of the cod fishery brought that lifestyle to an abrupt halt. 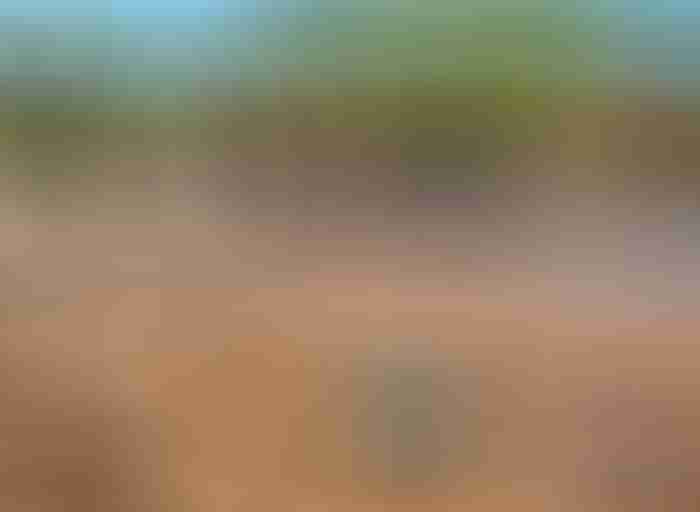 We spent another sunny day at Oderin, enjoying the peace and quiet, walking to Beach, well named for its long beach of grey rocks, and over the hill to “Pink Beach” (as Fred and Jim called it), again well named, this time for its red sand and rocks. 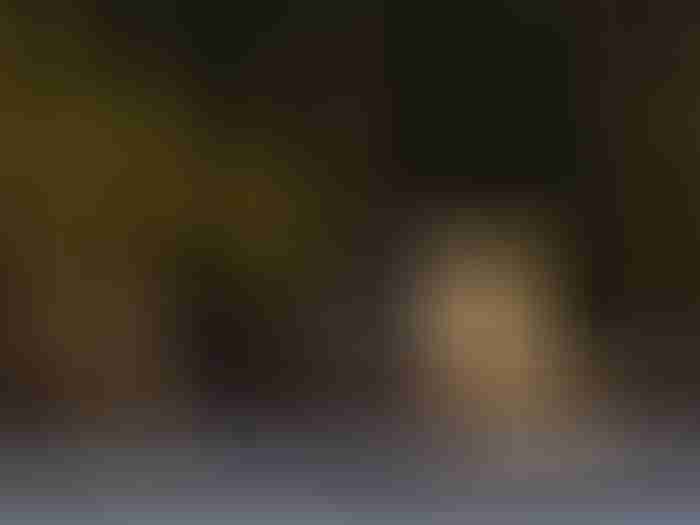 The only sounds were the constant low rumble of waves on the outside of the island and the twittering, chirping, and screaming of birds. Everything was enjoying the unexpected gift of multiple sunny days.

On our last morning at Oderin we woke to fog and rain. But that has a beauty all its own, one that we are very familiar with from all these years of cruising the North Atlantic.

As we steamed out of the harbour, I felt a rush of gratitude to this wonderful anchorage, as the place where I took a few of my first steps on the learning curve of liveaboard cruising with my beloved John.

A very nice piece of writing, Phyllis, and some exceptional images to go with it. While I don’t usually associate Newfoundland with brilliant sunshine, it does show the place to its best advantage.

Ahhhhhh….. Great piece Phyllis and great pics John! You captured the feeling of East Coast Canada well. It is beautiful here in Greece but I think Bon and I are now both longing to come back and do what you are doing at home. I know, there is fog and rain there but similar to what you describe, I remember waking up in Gray River with close friends on board, in the fog and light rain and we all had smiles on our faces. It is truly a magical place.
Enjoy and we will follow along vicariously.
R&B

While you were in Newfoundland, we spent most of two weeks on the 120 or so miles of the Eastern Shore of Nova Scotia between Halifax and Canso. What a gem! We have passed along this shore many times but it has been years (stretching into decades) since we took our time to explore it in any detail.

About half of the trip can be made in protected waters inside the extensive off lying rocks and islands that look so threatening from seaward. The navigation is intricate in places and fog is a part of life but the charts are accurate and I am a new convert to the magic of electronics (Navionics on iPad was eerily accurate). Lunch stops were de-rigour, four hours was a long day, and the water in August is semi tolerable for swimming. As you experienced in Newfoundland, the communities are fading away. Apart from the common stopping point in Liscomb, we saw five other yachts in the two weeks and did not share an anchorage. At the risk of providing too much information, bathing suits are not needed.

Even if our advertisement of the beauties of the remote areas of Newfoundland and Nova Scotia doubled or tripled the traffic, we would still feel alone on these shores.

I could not agree more about the joys of the Eastern Shore. We are just east of the inshore passage as I write and are planning a slow transit over the next few days. In fact we are so captivated we will be lucky to be home by Thanksgiving!

Dear Phyllis,
It always look with some regret when fishing villages/towns and locations where commercial activity took place have been transformed into summer home and tourist destinations. At best the incomers have kept up the original homes and buildings and, the feel of the place, although different, can still be magical. This, however, is a far better transition when contrasted to those villages and towns (luckily rarer in my travels) which have been fully or partially abandoned and are veritable ghost towns. They are like the few times I have dived on wrecks: just very very unsettling.
My best, Dick Stevenson, s/v Alchemy

Sounds like a wonderful spot. I hope to make it to that area someday.