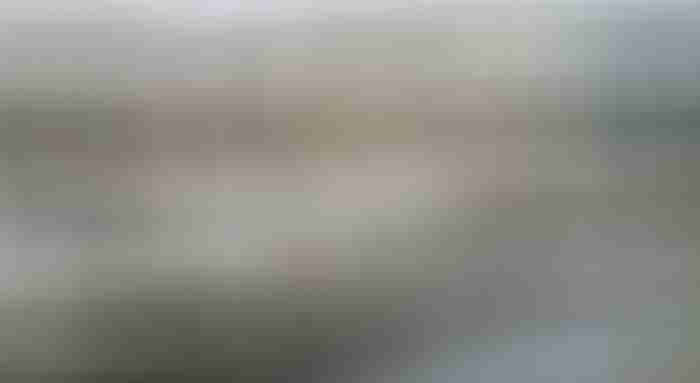 As I mentioned in my article Things Are Different Now, the focus of our 2018 summer cruise is the northeast coast of Newfoundland. Now, I don’t know if the temperatures up here are breaking any records, but I do know that I have never experienced weather this hot during all my years of living on and visiting “The Rock”.

Locals here in Lewisporte, which is located down at the end of a fjord running inland from Notre Dame Bay—an area known for having warmer weather than the rest of Newfoundland—are saying that they don’t ever remember such a long string of hot days.

And, so far, John and I have only seen two small icebergs off in the distance, which is hardly surprising, since we are seeing water temperatures of 15 to 17˚C.

John especially is taken aback by this weather, since he can’t help comparing these conditions to what he experienced on his cruise of this coast 25 years ago, when the wind stuck in the north, blew near gale a lot of the time, and there were lots of bergs around, requiring constant vigilance, which was particularly tiring as he was singlehanded a good part of the time. And, on top of all that, he had to sail in unrelenting RDF (rain, drizzle and fog).

But the weather isn’t the only thing that is different. When John visited Lewisport during that chilly summer of long ago, there was an unprotected public wharf with a few floating docks alongside the inner face. He had to tie to the outside of the wharf, and had to flee town soon after arriving due to an impending gale…from the north, of course!

Now Lewisporte boasts the “largest marina in Atlantic Canada” (or so their sign says) with:

And in case you look at the chart and think that the marina is too shallow for your boat, we didn’t see less than 3 m depth all the way in to the travellift runway, where we fuelled—we didn’t go wandering off that straight line, however!

We have kept ourselves busy (in between chatting with passers-by) with provisioning, laundry, filling with fuel and water, and hiking in Woolfrey’s Pond Park, on a 7-km boardwalk that encircles a lovely pond with several branches leading to scenic lookouts.

And in case you need to cool off after your walk, there is a swimming area at one end of the pond, that was heaving with overheated Newfoundlanders the day we walked by.

We have heard a lot of good things about Lewisporte Marina over the years, mainly from non-Newfoundlanders who have stored their boats here over a winter in order to extend their time in this exceptional cruising ground. John and I would like to add our testimonial: We had a great time!

Cruising tip: If you plan to cruise in this part of Newfoundland, do not neglect to purchase the Notre Dame Bay Cruising Guide, a joint venture of the Town of Lewisporte, Lewisporte and Area Chamber of Commerce, and the Lewisporte Yacht Club (ISBN 0-9688217-1-3). Though somewhat out of date (2006), it is still worth the purchase price.

Hi Phyllis,
I’m one of the cruisers you recommended Lewisporte to as a place for overwintering and I did. It indeed is a place with just about everything material a cruising sailor could wish for. But one cannot overemphasize the friendlyness and helpfulness of the people at the marina and club. Really great folks there !
Btw.: The Notre Dame Bay Cruising Guide of which I have a treasured copy, was put together with Capt. Peter Watkins as the driving force and main contributor. Peter is former fleet captain of the Lewisporte Yacht Club and still around at the LYC to make visting cruisers welcome. His guide book ist still worth having, as you suggest.

Thank you for bringing back nice memories !

Hi Phyllis,
Nice report and I fully concur with all you say. Alchemy over-wintered there last winter and was very well taken care of by Brian and his crew. Peter and Caroline (with others) took very good care of Ginger and me.
All bases were covered.
My best, Dick Stevenson, s/v Alchemy

We may bring Loon’s Lace our new boat out to Lewisporte in 2019. We’d spent three great seasons in and around there on Phantasia.

Hi Mike, It would be good to cross paths again. Our plan is to over-winter in Lewisporte again in 2019. Dick

I was so excited whan I saw the title & heading of this article “Lewisport Newfoundland” It is about a 30 minute drive from where I grew up (Gander). Unfortunately, I don’t own a boat right now, but plan to purchase one soon. I currently live on the east coast of Newfoundland in Conception Bay and when I do get my boat, a visit to the Lewisport Marina is a must. I’ve heard a lot of good comments about this marina from other Newfoundlanders as well. They have put a lot of effort into making this an outstanding facility.

Yes, they have done a great job at Lewisporte. You will enjoy your visit. Also the surrounding cruising grounds are some of the best in Newfoundland…or anywhere for that matter.