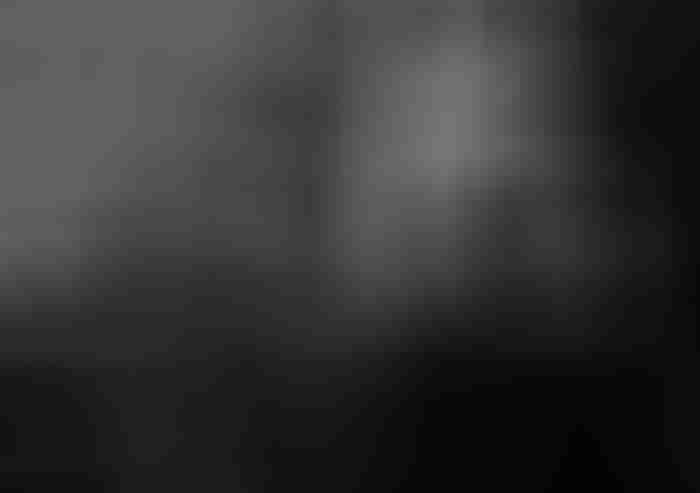 John and I have been cruising Newfoundland regularly for almost 20 years, and I had lived in St. John’s for ten years before we met, so we thought we were pretty familiar with Newfoundland ways.

This summer, however, we were exposed to a whole new cultural experience: squid jigging.

Now, I had often heard the song “Squid-Jiggin’ Ground” when I lived in Newfoundland, but that form of squiddin’ is done from boats and I had never experienced it up close. Unbeknownst to us, that was about to change when we tied up to the dock in Burin.

Burin squid jigging is, though we didn’t know it at the time, a mild version: A few adults—along with a couple of kids dashing about—casting rods just off the stern of Morgan’s Cloud, occasionally hooting with glee when they got one, and flinging it onto the dock with black ink spraying. The dock was a messy obstacle course that I had to negotiate on my way between the boat and the laundry.

They finally gave it up at about 2:00 a.m. Thank god for earplugs.

Instead of a few guys, the wharves were lined with people of all ages—and there are lots of wharves in Port-aux-Basques. And they didn’t stop at 2:00 a.m.—oh, no, they kept it up all night. John doesn’t use earplugs and he said the commotion at 5:00 a.m. was unbelievable:

Holy smoke! What a scuffle! All hands are excited
‘Tis a wonder to me that there’s nobody drowned
There’s a bustle, confusion, a wonderful hustle
They’re all jiggin’ squid on the squid-jiggin’ ground.

At one point earlier that evening—I was in the shower and John was in the head—we heard male voices excitedly calling down the companionway.

John got on deck as soon as he could to be greeted by two guys waving their arms, talking a mile a minute, and pointing to what he thought was the dock off the stern of the boat.

But what were they saying? He didn’t have a clue.

Finally, after much arm waving and heightened volubility, he realized they were trying to tell him that their line was wrapped around the backstay. I guess Bermudian English and Newfoundland English don’t translate!

The next morning the weather served for a day passage to Ingonish Beach, Nova Scotia—a quiet anchorage where we could catch up on our beauty sleep!

Nothing in the above should be taken as a criticism of Newfoundland or the wonderful people that populate “The Rock”. Cultural traditions like squid jigging and the vibrant life around the town wharves are a lot of what John and I love about cruising Newfoundland.

Next: Rose Blanche, Newfoundland—The End Of The Road

John and Phyllis,
Thats a great photo you have there, tricky exposure I bet.
Based on the construction details of the wharf,- the jib crane/hoist, wheel guard and ladders, thats obviously the
“Public or Government Wharf” and as such it a commons not unlike a town square or park. Routinely these are owned by the Federal Government, infrastructure and part of every community. As well, the government wharf is the industrial center of the community.
8 or 10 kids – boys and girls supervised by adults, fishing on the wharf, now thats what I’d call FUN.
Thanks for the exposure, hope you enjoyed your stay in Newfoundland.
Come visit again,
Ed
PS Didn’t break a leg this time did ya? …..lol that’s Newfoundland humor!

Sounds like a great community activity although it would definitely be hard to sleep right next to. There is something wonderful about these small town activities. Around here, people bring portable generators and spotlights when squidding and I absolutely can’t imagine sleeping next to it.

We have had increasing issues around here with drunk people motoring into the middle of an anchorage and then partying loudly most of the night. While it can be really annoying, my biggest concern is being hit by them as they leave at 3am.

And people wonder why I try to find out of the way anchorages.

This brought back squid memories for me!
Around 25 years ago en-route from the Galapagos to the Gambier Islands, slowly motoring on a windless night and flat sea, we came across a large, brigtly lit ship. On approach, I realized it was a large, commercial sqid jigging boat. Well, needless to say, I retrieved a couple of squid jigs from my fishing tackle box and in no time at all we had nearly a dozen rather large squid on board in the refrigerator. The next morning, the sight that greeted us as it became light was squid ink everywhere, including stains some 12 ft up the mainsail!

Other happy squid igging times were from our little tender, in False Bay, Cape Town. What delicious seafood we harvested back there in those days!

Love the photograph and the article.

John has a story about sailing to windward in big seas and having the boat strafed by a school of small squid that came flying out of the front of a big wave. Thankfully he had just sat down after looking over the dodger when it happened. He said that the mess was indescribable!