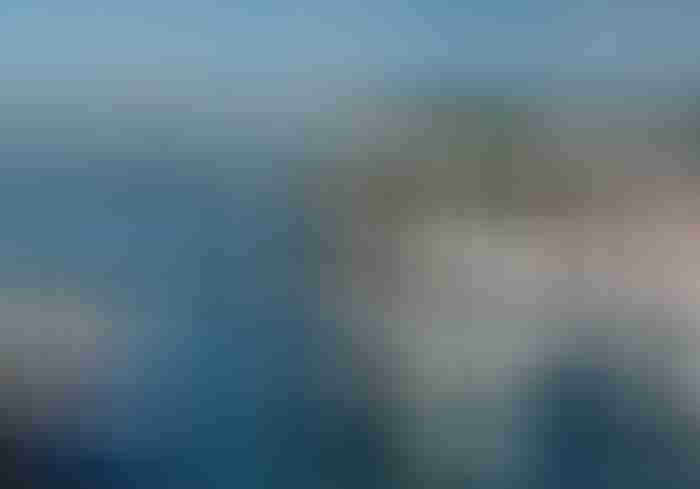 During most of our cruising life together, John and I have been on a strict schedule—a necessary evil to make our Arctic voyages possible. These days, however, we are trying to slow down and be more spontaneous, which paid off this summer during our cruise of Placentia Bay, when we spontaneously decided to change course and visit South East Bight.

It happened on our way from Arnold’s Cove to Burin, when we saw an AIS target, Norcon Oceanus, leave Petite Forte, a small road-served community on the mainland, and head northeast across Paradise Sound. Intrigued, we looked up the ship on AIS and found it was a ferry that served the outport of South East Bight.

Now, ‘outports’ refer to year-round Newfoundland communities that are not road-served and we had assumed that the only existing outports were all located on the South Coast, where we cruised in 2012. But an outport in Placentia Bay? Who knew?

With no more ado, we made a sharp turn to starboard and steamed three miles up Paradise Sound to The Bight, which lines several small coves tucked into a large bay munched out of the east side of the Sound. 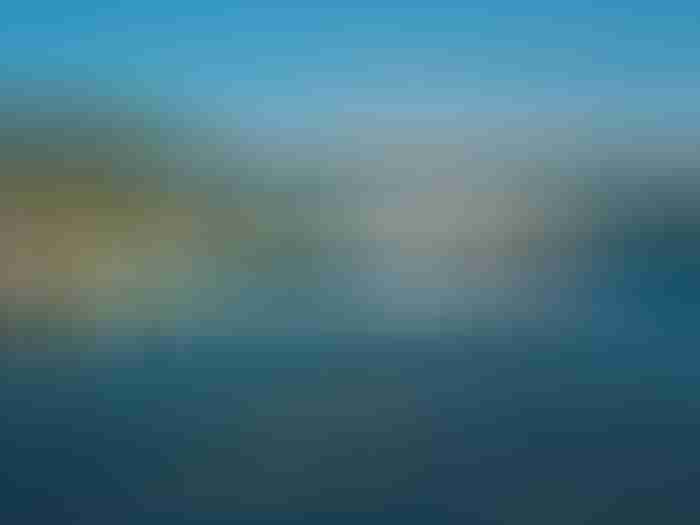 The north-most cove shelters the large tire-festooned ferry dock and a government-built floating dock, covered in fishing boats, with no room for a visiting sailboat.

So that left anchoring, which ended up not being as easy as it looked on the chart. The coves are packed full of boats and wharves and the south part of the outer bay, where we needed to anchor for protection from the prevailing south-westerlies, is a poorly charted rock garden (thank goodness for our forward scan sonar, which saved us from finding the reefs the hard way) and so we ended up having to anchor quite far out into the bay, in 17 m depth, where the swell coming up the Sound could just reach us.

The next morning, a beautiful sunny one, we launched the dinghy and motored into the north harbour where we tied up to the floating dock under the bow of a fishing boat. The boats and docks creaked and groaned in the gentle swell.

A guy working on his speed boat said we were fine to tie up there. He said life was good in South East Bight—he was getting $.68/lb for cod and doing well.

We met Kathleen a short way along the gravel road that lines the harbour, where she was helping her son build a shed for his crab pots. She seemed happy to spend a few minutes in the sunshine talking about The Bight.

She told us that when the government resettled Clattice Harbour, where she was born, and told the residents they had to move to either Placentia, Arnold’s Cove or St. John’s, her father moved the family 10 miles west across the peninsula to The Bight—which was also being resettled—and said that that was as far as he was going.

The Bight was down to two families when Kathleen’s family moved in but the population swelled as others returned in united defiance of resettlement. Today there are 80 full-time residents, with 13 kids in the school, along with several more in kindergarten and preschool. Kathleen said that three of her six kids and their families are living in The Bight. 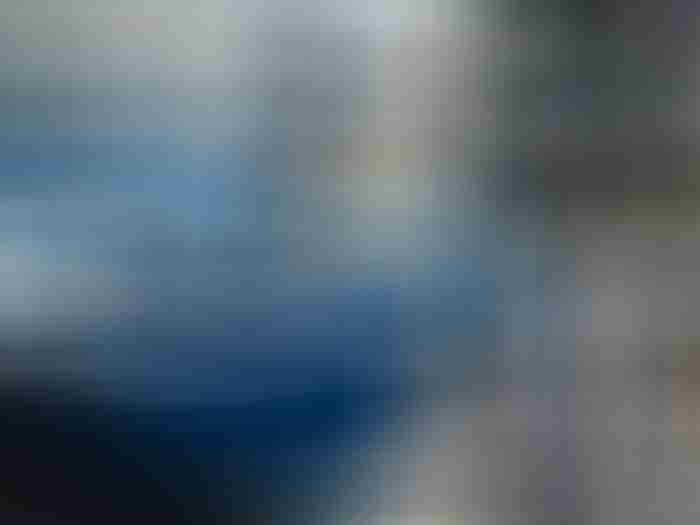 There’s always something on the go in the community—construction of a shed, or a wharf, or a breakwater; boat or road maintenance; people stopping to chat; someone whizzing by on an ATV or heading across the Sound in a speedboat—the entrepreneurial legacy of rebels who wouldn’t bow to the government and move to a town.

After walking around the north harbour, we turned onto the cement road that leads to the other coves—only one lane wide for the ATVs that are, along with speed boats, the main form of transport within the community—with the intention of walking the 7-km ATV track that starts at the end of the pavement and runs to Great Paradise, a resettled community that we had passed in the boat just before making the decision to head for The Bight. 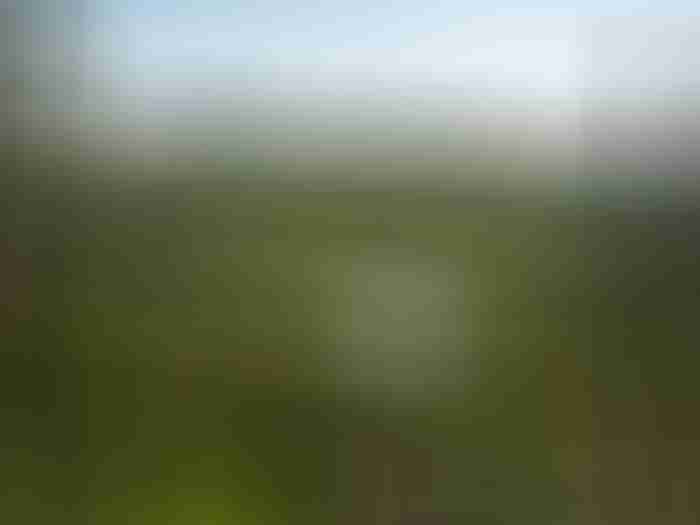 It was a beautiful day, but blazing hot, and the track, which meandered beside numerous ponds and up and down small hills, was windless. Topping the final ridge and descending into Great Paradise, we were ecstatic to feel a cool breeze coming from the water. 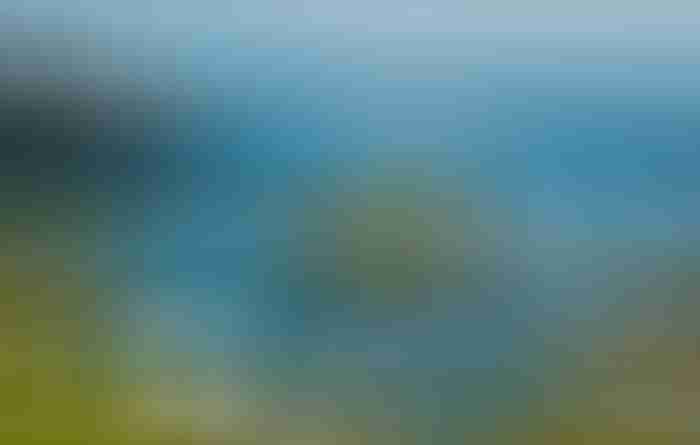 We ate lunch on the hill above the town—now you know why we hike: to get to somewhere nice to eat lunch—looking southwest over the thoroughfare that we had steamed through the day before.

After eating and cooling off, we walked back down into the community, where we met Kevin and Roseanne. Roseanne was born in Great Paradise and lived there until she was in Grade 4, when her family was resettled in Placentia. However, the jobs they were promised didn’t materialize and so her father returned to Great Paradise to fish.

Though Roseanne and Kevin reside in Placentia, where Kevin, a successful musician, has a recording studio, they spend a good part of the summer living in her grandmother’s house in Great Paradise. 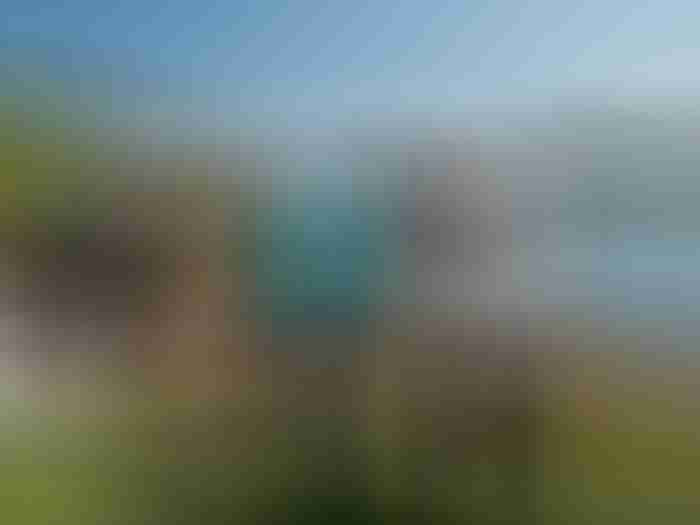 While we were talking with them, Kathleen and her husband came from The Bight in their speedboat to have a chat with Kevin and Roseanne (I have a sneaking suspicion that part of their reason for coming by was to make sure we had arrived safely). And, a few minutes after they left, Kathleen’s daughter, son-in-law and grandson also stopped by in their speedboat on their way to Placentia. Roseanne said they have only, in all the summers they’ve been there, spent one night alone in Great Paradise—a testament to the vibrancy of this small summer community.

On our arrival back at The Bight, Albert and Eleanor, who live in a beautifully-maintained house with a fish store and wharf tucked into the south cove, invited us in for tea—a very welcome beverage after the hot walk. Albert said he used to work at the whaling station at Great Harbour Deep, a resettled community on the Great Northern Peninsula that we visited in 2005.

Since that job ended in the 1970s, he has spent most winters working out west in the oil fields or mines. It’s hard labour, often in intense cold, with shifts of three weeks on, one week off, leaving maybe five days at home in a month. Though he’s applied for jobs closer to home, none are forthcoming, and so he continues to make the trek out west, as so many Atlantic Canadians do. Eleanor admitted that living in The Bight is lonely, what with him gone so much and all their kids living in St. John’s.

We spent another night anchored at The Bight and then left early the next morning for Burin, where we had been bound before we took advantage of spontaneity and were rewarded with a wonderful day spent learning just a little bit about what life is like in an outport in Placentia Bay.

great piece that fulfils the No 1 requirement for a travel item – it makes you want to go there! Personally I can’t wait….. Looking forward to more to keep us dreaming through the winter far from Pelerin.

Dear Phylis,
your posts about Newfoundland destinations may draw only few comments, but they definitely lighten up my day.
Thank you and keep them coming !

Thank you Colin and Hans for your kind words and encouragement to keep writing about Newfoundland—something that I am happy to do, as it is a place that is very close to my heart.

Since my first passage to Newfoundland’s south coast outports in 1996, I’ve been hooked on the region and it’s indomitable residents, whose lives are inextricably linked to this land and the sea. As I read this piece it brought back many fond memories of similar visits to similar outports, meeting people very much like those in SE Bight. It’s not an easy place to get to, which is one of the reasons why it’s remained unspoiled, however, it’s well worth the effort.

We’ll be passing by this area later this coming summer, but aren’t expecting to have time to explore up the bay as we journey from St. John’s enroute to Halifax via St. Pierre/Miquelon.

At this point Trepassey and and St. Lawrence look like possible candidates for stopovers that don’t take us too far off route, but if you could make any other suggestions we’d certainly appreciate it. (Our draft is 6′ and either anchor or dock is fine.)

I’m confused about why you would be in St. John’s if coming from Toronto? I guess maybe you are planning to circumnavigate NL clockwise?

If it were me, I would think about dropping the circumnavigation and St. Pierre/Miquelon as a goal and concentrate whatever time you do have on the coast east of Port Aux Basques (south west corner). Then, if you get to the French islands, fine, but I wouldn’t rush past the south coast of Newfoundland to get there.

In this case if you are bound for Halifax, there is really no point in going to Trepassey as it will put you way down-wind and there’s nothing of interest and no safe harbours between Placentia Bay and Trepassey—that also answers your original question.

Having said all that, it depends on how fast you like to move. The very minimum amount of time that I would allocate to circumnavigation of The Rock is six weeks. (I have done it in five, but we passaged past the south and west coasts to make it work.)

Actually we are circumnavigating clockwise and leaving ourselves 7 – 9 weeks as I have family roots in Trinity Bay and it’s been a longstanding dream. We didn’t expect to have time this time for the south coast so St. Pierre isn’t so much a goal as just someplace we thought we shouldn’t miss on the way from St. John’s to Halifax (and then south). We were trying to keep destinations an easy day sail apart, so that’s why we were looking for a couple in that SE corner. (St. Pierre to Halifax obviously a passage though.)

Oh, good, 7-9 weeks should be fun, although it will be hurried if you stick with easy daysails and this will not be possible between Treppasay and St. L, there just aren’t and safe ports between the two.

The other option to put in the mix is to make an anti-clockwise circumnavigation. I have found this works a bit better since the west coast has the least ports, so if you are running late, you can always passage that.

OK then! Daysails were a preference, but not an absolute so I guess we’ll be allowing for that here, but that’s what I wanted to know.

(Actually, I had heard or read somewhere that clockwise was far preferable to counter, so I was surprised to see you suggest it.)

Yea, the CW, CCW argument is an old one, and there’s no perfect answer. I guess on balance CCW gets my vote because you don’t end up sitting in Trepassey late in the summer wondering if the wind will get out of the SW…some time before Christmas—been there, done that. But on the other hand, beating around the Port-Aux-Port, as I have done at least 10 times, is no fun either. More fun to wait in Bonne Bay than Trepassey, though.