A number of our friends have written that they have missed our news letters, which have been few and far between lately. Their reminders, plus the quickly approaching holiday season, have galvanized us into doing something about our long silence (due to a very busy schedule, not apathy!).

Our last news letter was written in April while we were in Maine and working on the ‘interminable refit’ of Morgan’s Cloud. In that letter we suggested a tentative launching date of May 2nd. Well, the actual launch date was June 2nd and we didn’t leave the boatyard until early July, but we managed, much to our own and everyone else’s surprise, to get enough done that we could safely and comfortably spend the summer living on the boat.

Both John and I were wondering how we would react to moving back aboard after living ashore for almost two years but, except for feeling like our boat handling was all thumbs for the first while, we immediately felt at home. We didn’t even miss the truck, flush toilets, long hot showers, or a washer and dryer on the premises (well, not much, anyway!).

After a few daysails, we made the break from Maine. An easy overnight to Mahone Bay, Nova Scotia gave us our confidence back and then a beautiful three day trip from Mahone Bay to St. John’s, Newfoundland reminded us how much we like voyaging. 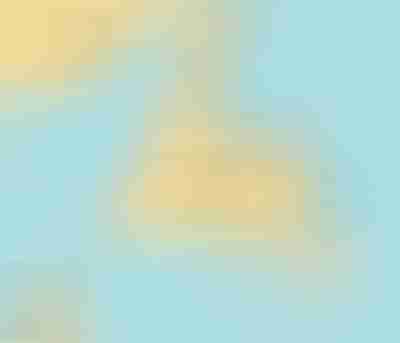 It was great to be back in Newfoundland. We had wonderful weather, great times with old friends and we made new friends in the two months we spent cruising the northeast coast (the area between St. John’s and the top of the Great Northern Peninsula)—a ‘whopping’ 350 or so miles. (12 years ago, John covered this same area in two weeks. He’s definitely slowing down in his later youth!)

The northeast coast of Newfoundland is a sailor’s paradise: large bays with numerous islands and innumerable snug anchorages. We enjoyed everywhere that we stopped, but three places that stand out are: the summer community on the Exploits Islands, Maidens Arm in Hare Bay and Griquet, on the northern tip of the Great Northern Peninsula. 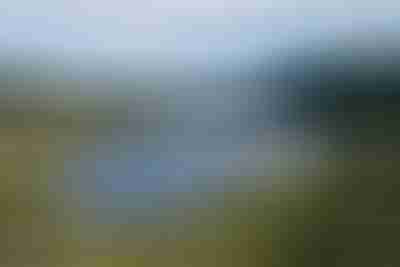 Exploits was once a prosperous fishing village that was resettled in the 1960s and is now a bustling summer community with fantastic hiking in beautiful surroundings. As a fitting end to a day of great hiking, one night’s dinner consisted of mussels we harvested that morning from the rocks in the north harbour, followed by wild raspberries we gathered from along the shore of the south harbour, slathered in cream. It doesn’t get much better than that!

If a completely secluded anchorage is what you are looking for, you’d have trouble finding a better one than Maidens Arm in Hare Bay, just south of St. Anthony. There is no sign that people have ever lived around the cove, it is completely sheltered and your only companions are the eagles, otters, moose and birds. 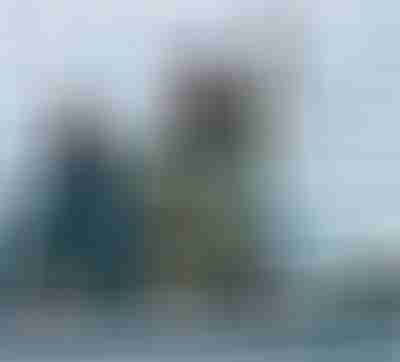 Griquet, though a major fishing and freighter port in years past, has fallen off the charts in recent years…literally. For some reason, the Canadian Hydrographic Office has not bothered to print a large scale chart for the harbour, meaning that very few sailboats visit there anymore. Our kind of place! We were given a wonderful warm Newfoundland welcome. So warm that we ended up staying a week and even then had to tear ourselves away.

In early September we reluctantly left Newfoundland and returned to Maine where we laid up Morgan’s Cloud before hopping in the truck and turning tail for our cottage in Nova Scotia where we will be spending the holidays. Before we return to the boat and the ‘interminable refit’ in early January, we have a number of articles to complete, the web site to update and the 3rd edition of the Norwegian Cruising Guide to get a good start on. Not to mention all the other personal and family stuff that we let slide last winter. Thanks to our great cruise this summer we are both feeling ready to tackle the To Do list again.

Overall we are happy with the stuff we got done on the boat last year though we are sad that the refit is taking longer than forecast (due both to boat and family issues), meaning that our return to full-time cruising is being postponed again.

We wish you all a very joyous holiday season and health and happiness in 2006. We hope to see you somewhere and sometime along the way.

For more shots of Newfoundland, visit our Picture gallery.

Interesting place, hope we can sail here som day. Especially when one is interested in Norwegian history 🙂
Was Point Rosee a Viking outpost a thousand or so years ago? The evidence thus far is promising. Reed this interesting story from a week ago:
http://news.nationalgeographic.com/2016/03/160331-viking-discovery-north-america-canada-archaeology/
I got the information from The Explorers Club Norway Chapter https://www.facebook.com/explorersnorway/?fref=nf