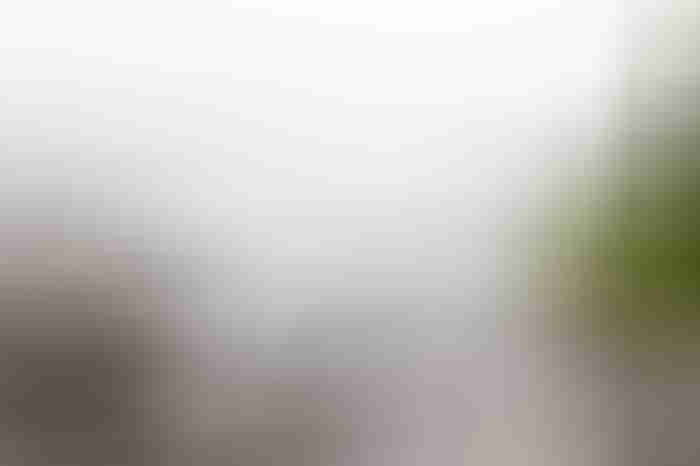 Once again we’re off into the fog that has closed in, right up to the wharf this time. Our next stop is Grand Bruit, only 12 miles from LaPoile, so the youngsters decide to forgo drugs, especially since the first five miles of the trip is in the shelter of LaPoile Bay. This is probably not the right choice since, within a few minutes, Ryan is hanging over the side, and Sarah is breathing deep and searching for that illusive horizon in the fog. Sarah, who has had lots of experience with seasickness over the years of sailing in the North Atlantic with her father, manages to hang on to lunch, but it’s a close-run thing.

Finally, two hours later, we turn to port and make our way among a cluster of rocks and islands. Though the chart shows a number of buoys marking shallow areas, none of them show up on the radar. The fog remains thick until we thread through the narrow harbour entrance channel and the small bowl of Grand Bruit harbour opens up in front of us. There are two substantial wharfs, one on either side of the cove. The starboard one has a sign welcoming us to Grand Bruit and is obviously the ferry dock. The port one has a derrick and a floating dock on the inside, probably it’s the fish dock. Both are empty, as are the private pole wharves and the moorings in the inner cove.

The east wind mandates we tie up to the ferry wharf, a slightly difficult feat as it’s up to windward and there’s no one on the dock to catch our lines. Oh, well, we’re used to managing on our own, and at least Sarah and Ryan can toss the lines up to me, meaning I only have to get myself onto the wharf, not myself and a springline!

There is a constant swell, snubbing the lines, washing up and down the rocky shore. That and the roar of the substantial waterfall running between the houses, rushing into the harbour, are the only sounds. Not even a seagull’s squawk disturbs the silence.

The school and church stand on the hill behind the town. We walk the empty sidewalks and peer into the window of the locked school. A photocopier and one chair stand alone in the large room. The church is unlocked but the only items are an old pump organ in the far corner and a guestbook on a shelf just inside the door. I pull the bell cord but no sound rings out—it seems the clacker has been removed. 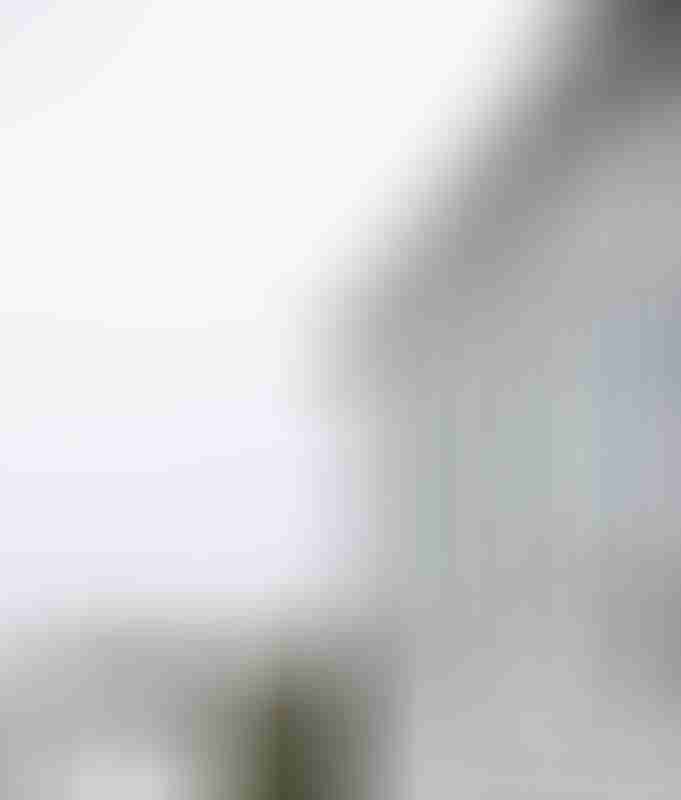 The electricity meters on most of the houses have also been removed. Looking in through the windows, we can see one-burner propane stoves sitting on top of electric ranges in one or two of the better-kept houses. A few places still have a mown path up to the door but most of the houses are surrounded by knee-high grass and look rundown.

We walk through the overgrown cemetery. The dates on the headstones span the 20th century; the latest one we can find is from 2007. There’s a small solar-powered plastic cross standing on one of the most recent graves. After dark, we can see its glow from the boat. Two other small solar powered lights scattered in among the houses and the red light on the antenna tower behind the village are the only lights to be seen, intermittently visible in the fog.

The next day the fog lifts, so we walk inland, along a trail marked by white stakes. We follow it for several hours, righting fallen markers. We are surrounded by ponds, a ridge of high hills looms ahead with a huge waterfall running down one flank, and the ocean occasionally peeks through breaks in the hills to our right. It’s a glorious sunny few hours, a welcome break in the fog that has dogged us for days. We stop on a hilltop to munch on power bars and sip from the small ration of water left in our water bottles, and then we turn back towards the boat. A stag caribou on the hill above the town is the only living thing welcoming us back to the village.

Once a winner of the provincial Tidy Towns competition, loved by its citizens as Tiny But Beautiful, Grand Bruit is now a ghost town, closed up in 2010 when its population fell to 35. There are no boats tied up to its wharves, all navigation aids have been removed by the Coast Guard, its school no longer rings with the sound of children’s voices, and its youth have moved on. A sign of things past and most likely of things to come.

Next: Burgeo, Newfoundland—What? A Canal?

What a sad irony in the name of the place (Grand Bruit = Big Noise in French). No doubt the name was given because of the waterfall, which is now the only noise that remains.

The mismanagement of the cod fishery in Newfoundland is now used as the model for how not to do these things. Twenty years after the moratorium on the fishery there are very few signs of the stock recovering to anything like a level that would support the re-opening of even a limited fishery, so it looks highly unlikely that salvation for these remote communities will come from that direction.

And even if it did, there might not be the skilled people needed ready and willing to face the hardship of such a life. Like the herring in parts on northern Europe, maybe that way of life has gone for ever. All that can be hoped for is that the lessons learned in terms of management of natural resources are followed through, to help avoid such natural and human cost in the future.

Thanks for this series of posts – I’m really enjoying them.

Thanks for the news, albeit sad, on Grand Bruit. We sailed there in 2003 and enjoyed their wonderful hospitality and down-home friendship. We spent a delightful evening at the Cramalot Inn, where everyone brought their own drinks and one of the older fishermen fried cod cheeks over a hot plate. It seemed at the time that they could hold on and keep the town open (Petites had just recently closed down), but turning off the electricity obviously drove the remaining folks out. We will always remember the outports and their hardy residents with fondness.

The mark of a good writer is the ability to transport the reader to the place being written about. You succeeded so very well.

Thank you for your comments. There are so many factors, of course, that are involved in the fate of these communities, including government intervention, the state (abysmal, as you say, Colin) of the fishery (though there are a few harvesters still managing to carry on in one way or another), the desire of young people for employment different from what (if anything) is available in these communities, etc. But, as you say, Ty, the remaining outports and their inhabitants are very special and, of course, it is easier to write about something that affects the writer deeply, as these communities affect me. I’m glad that I have been able, in a little way, to share their story. Thanks for the affirmation, Deb.

Thanks Phyllis; written so sensitively.

Ditto Deb and Martin ….. me thinks you should write a fireside sailing book in the same style. I’ll have the first signed copy please 🙂