Getting Back Into The Cruising Life—2018 Season on Pèlerin 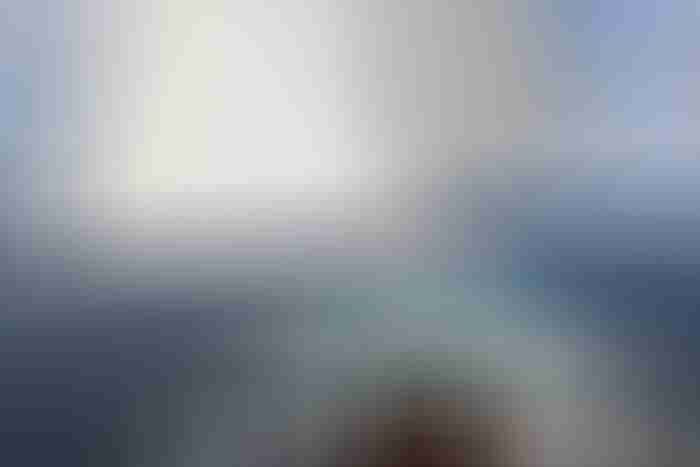 Well, we finally got back afloat after the longest spell ashore we’ve endured since 2009. Not entirely what we had planned, but a happy sequence of weddings and a birth were not to be missed—there is a life outside cruising, after all.

Then I suffered a drastic back injury which meant that at times it was by no means a certainty that we’d ever get out here again. Months of gruelling physiotherapy and exercises eventually put me (seemingly) back on my feet for which I am profoundly relieved.

A reminder once more (as if it should ever be needed) that the only real wealth is good health. As a result, as you can see from the image at the top of this article, we’ve made all haste along the coast with the aim of spending some quality time in Newfoundland.

To pass Go, you must first throw a six…

As we all know, boats need constant maintenance to remain safe and seaworthy and preventative maintenance is the best therapy for a boat. Sometimes it seems pointless, checking over some perfectly functional device for faults that may not exist, but it’s the best way to nip trouble in the bud yet devised.

Fortunately for us, this time we didn’t find anything major, but we did find a lot of small glitches that on their own wouldn’t stop us in our tracks but left unrepaired would eventually spoil our day…somewhere remote, of course.

And that’s why we “waste” so much time checking things through and adding spares to our lockers in advance of departure: to avoid getting caught out far from help.

It’s our misfortune to have been away from Pèlerin for so long, so that the work needs to be done in one frantic blast, but that’s just tough—we know it’s better to lose some time now and save much more later on. 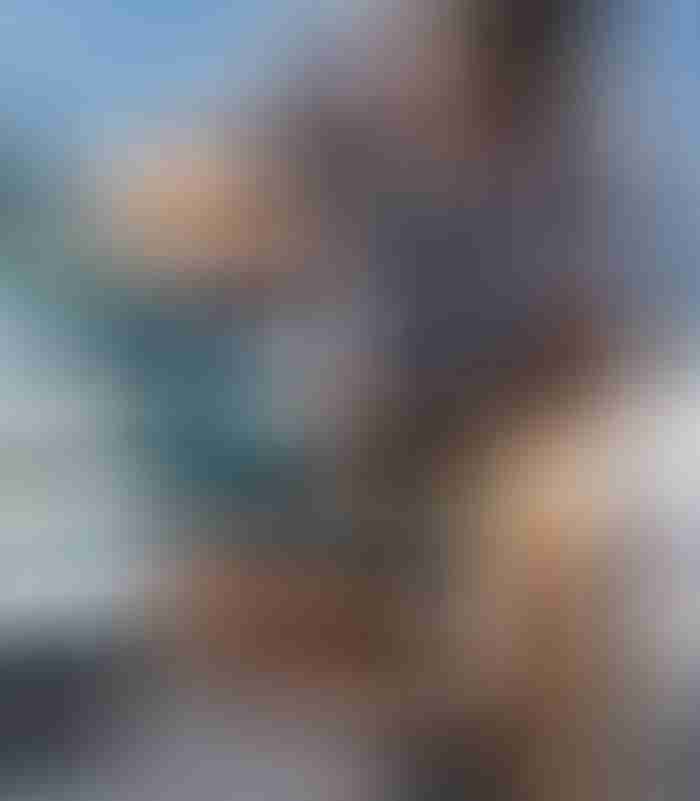 Repairing the dodger on the go

Are we ever completely ready?

The chances are no—just as ready as we can be. We concentrate on the really mission critical items and don’t sweat the small stuff.

For example, this year we found that our Simrad wind instruments had finally succumbed to the “sitting bird” syndrome where a cormorant or osprey lands on them and takes up residence.

And, of course, the parts required to fix the mast head unit are no longer available, so a completely new set was required. Simrad now make nothing compatible, so we had to go for Furuno, which when offered up wouldn’t talk to the Simnet backbone (grrr…) and eventually we simply gave up on it.

Rather than delay our departure, we decided to stick them back in their box and just go. We’ll fit them next time we’re in the yard and have the time to sort things out properly.

Such items are in the bracket of things that are nice to have rather than must have, so we’ll rely on our mast head Hawk (wind indicator) and our feel for the wind to get around. And that’s cruising—if you wait until everything works, you’ll never get away at all.

Looking After Our Home

Over the years I have had more than a few run-ins with boat yard staff who fail to treat our boat with respect when handling her ashore and at haul out or launch. She may be just a lump of welded aluminum to (some of) them, but she’s much more than that to us; not just a major investment but also our home and part of our lives.

I also like to be part of the process and join in with the work, having spent a lifetime doing this sort of manual labour. Knowing the ropes has given me a great respect for the guys who do it right and share the same level of care with our baby as we do.

Having had the mast down this year for inspection, we had plenty of time to see that care displayed by the guys at East River Shipyard, the boatyard that looked after her last winter in our absence. The mast was stepped with precision and an eye for the balance necessary to settle it in to place perfectly, which was just what we wanted to see.

So, thanks to Donny and the boys for the dedication to doing a good job and their respect for the repository of our hopes and dreams. And if you get the chance to join in with this type of work, then I recommend you grab it—you’ll learn a lot from both sides of the equation that may come in handy someday far from home. 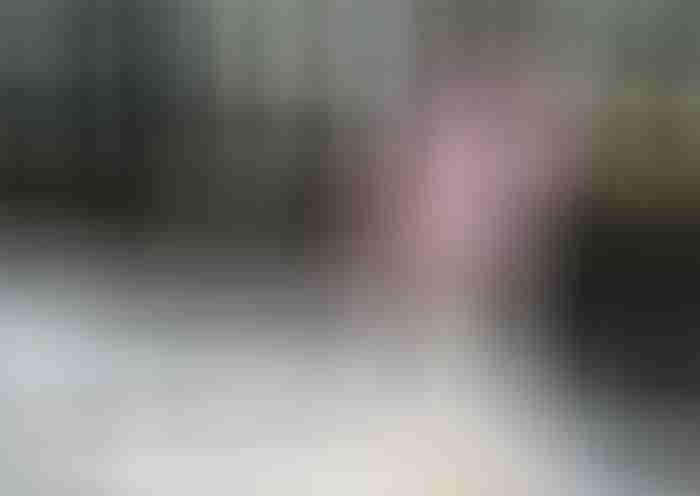 Aboard both Pèlerin and my old (and much loved) commercial boat Forever Changes, Rocna anchors have been my preferred option for nearly fourteen years. I have spent thousands of nights at anchor with Rocnas and have only had a couple of nerve-rattling experiences with them, which is quite saying something.

The Excel is a plough-type anchor with convex flukes, as opposed to the concave fluke on the Rocna, and I’m expecting it to behave quite differently.

I had many years of experience with plough-type anchors before swapping over to new generation anchors, and have, to some degree, surprised myself by taking on this trial. After all, just who was that guy who said that the CQR was now fit only to be a garden ornament and would never trust one again?

But having done some background reading, I’m sufficiently confident in the Excel to give it a fair trial and I reckon 3 months away with it as our primary anchor will be a sufficiently robust challenge for us to know what it is capable of in a wide variety of seabeds and conditions. Watch out for my write up later in the year.

What’s Up With The Weather?

Across the world, temperatures have been rocketing and wild fires have devastated communities and have cost numerous lives from Greece to Scandinavia. In the Pacific Ocean, rising sea levels are disrupting communities across some of the island groups that cruisers most love. These are real tragedies unfolding before our very eyes as climate change begins to bare its teeth to an unprepared world. 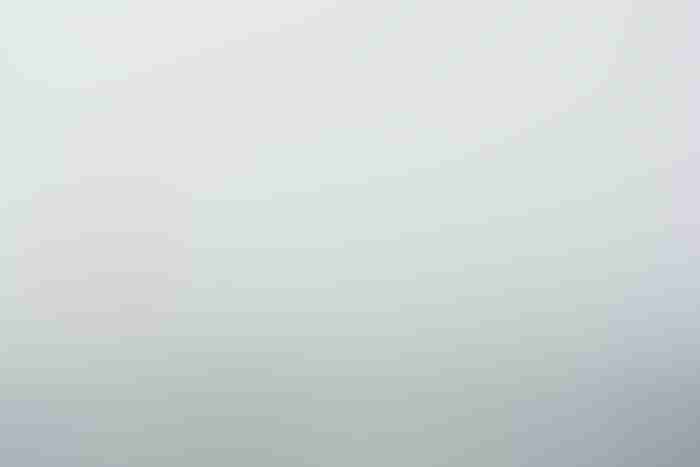 Are we there yet?

Here in the Canadian Atlantic provinces, the weather has also been affected, as the jet stream has altered course farther north allowing warm, humid tropical air to envelope the area. Which, of course, in these cold waters means fog, and we have seen some of the worst fog so far this year since we first arrived.

Not just mist, but real, dense fog that disorients the senses and plays tricks with our hearing. We stick to the protocols I outlined in a previous series on sailing in fog and trust in radar and AIS. But it’s still weird to enter a favoured anchorage like Cub Basin without seeing anything at all and to leave in the same way.

We know that these are first world concerns and bear no resemblance to the tragic plight of so much of the world, not least the terrible spate of wildfires across other parts of Canada, but they remind us that wherever we are, things are not going to remain the same and it’s time we took drastic action to reduce or turn the tide of our emissions. 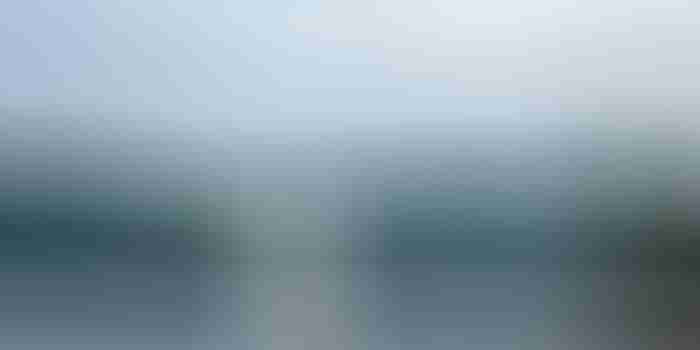 “Sila” powering along off Gifford Island

No sooner were we back in the water than we dropped round to meet our good friends Christopher and Molly Barnes aboard Sila, their tough Boreal 47.

Back afloat for the first time since their return from an epic voyage around South America and beyond, it was lovely to spend a couple of days with them, talking over people, places and politics. Typically, their first sail after a long layoff was an adventurous one around from Maine and out to Sable Island [article coming].

This meeting was soon followed by a long planned get together with more great friends, Dick and Ginger Stevenson aboard their handsome Valiant 40 Alchemy.

Of course, Sambro Harbour, the place where we planned to meet, was totally socked in with dense fog on the day, but that was a minor inconvenience and even if we had been unable to see the bow of Pèlerin from the cockpit we’d have got there—we wouldn’t have missed it for the world.

Sambro out of the fog

Sharing stories of Greenland and the Shetlands with Dick and Ginger and Chile and South Georgia with Christopher and Molly was just the sort of astringent conversation we needed to get ourselves back on the ocean road, rusty and not a little apprehensive as we are.

And a great reminder that we are so lucky to be part of such an amazing community with whom we share a common bond—a love of the sea, nature, wild places, the people who live there and much, much more. It’s so nice to be back amongst our people.

See you out there.

Subscribe
Join Us To Comment ("About" on menu)
8 Comments
Oldest
Newest
Inline Feedbacks
View all comments
≡ Menu
This is a guest wpDiscuz
This site uses cookies: Find out more.