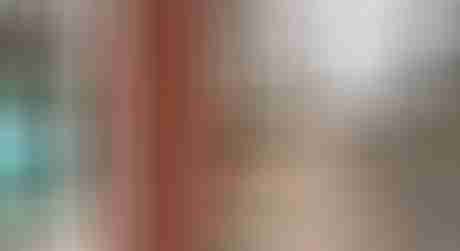 Due to John’s and my penchant for sailing in the high latitudes, “Closed For The Season” signs have become somewhat of a theme for our cruises. In early spring we are on our way north and nothing is open yet, and by the time we turn south in the fall, it’s all over.

During the “season” we are enjoying isolated coves in Greenland or Svalbard (Spitsbergen), or harbours that don’t cater to tourists at any time of the year, e.g. outports in Newfoundland or small towns in Finnmark (northern Norway).

Sometimes we regret those Closed signs, longing for a dinner out on the town as a change from the contents of our freezer and cans, or wishing that the dinghy dock hadn’t already been hauled for the winter, leaving us scrambling to get ashore up rocks or some decrepit quay. But, overall, we consider the benefits of off-season cruising to far outweigh the drawbacks—cold weather, short (in fall) days, tougher weather conditions and empty anchorages.

Actually, to be honest, for us the empty anchorages are often part of the benefits, along with more reasonable dockage fees, and locals who aren’t bored or disgusted with the influx of thousands of boaters and so are willing to stop and chat.

So far during this late fall cruise (we left Nova Scotia, Canada on October 16th and as I write this on November 5th we are anchored at Block Island, USA), we’ve benefited by:

As we sail south, however, “Closed For The Season” signs will get fewer as the weather improves and the number of southbound boats increases. Though we’re going to enjoy the better weather (the whole reason we’re doing this trip!), open restaurants, and convenient dinghy docks, we will sort of miss those signs as we become just one more boat among many.

Great pictures, as usual.
There were two advantages to Northeast Harbor in summer, where Sea Devil & I spent two nights in July 2008. For about $30 I heard a wonderful concert at the community center by the Jupiter String Quartet—sitting close enough that I could have reached out and tuned the first violin. Plus the availability of lobster ice cream at a shop in Bar Harbor, reached by the free bus from Northeast Harbor. And, of course, there are those of us silly enough to enjoy warmer weather.

These are great photos. Thanks for sharing. They’re of our favorite cruising grounds and look much different than when we’ve visited in season. I look forward to your posts and vicariously enjoy your boating adventures. Maintenance tips are very helpful as well.

I follow your website frequently, and looking at your slideshow I realize that you were a few berths away from me at Liberty Landing in Jersey City. I saw your boat this past week, and noted the name, but it didn’t occur to me that she might be yours. You might have noticed mine, a little 32 foot Hess wooden Bristol Channel cutter with the baggy wrinkles. We sailed her down from Lake Bras d’Or in late August.

Yes, I saw your boat, very pretty. In fact I tried to take a closer look but the gate was locked. Sorry we did not connect.