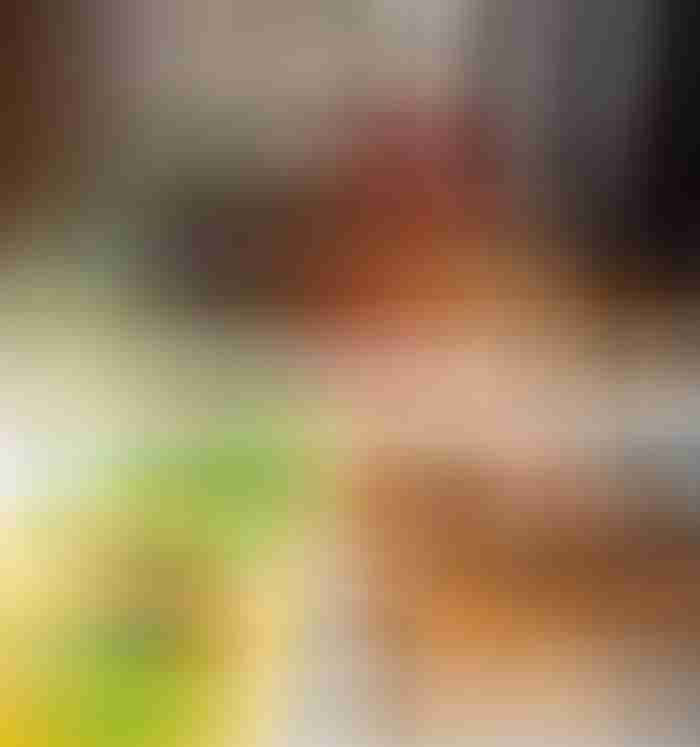 We have had lots of heavy-duty technical posts and chapters lately, so I thought it was time to lighten things up a bit with one of my This and That posts. Lots of pictures, not much text, should give all our brains a rest. And if your brain doesn’t need the break, mine sure does!

That said, I’m hard at work on at least one chapter, and probably two, of running rigging recommendations, Part 3 of Aluminum Boat Care Tips is with my editor, and two docking posts are perking, so not to worry, I’m not goofing off.

Joys of a Freezer

Let’s start with the shot above, which I took about six weeks into our cruise when we were in the wilds of Labrador. There’s no question that having a big freezer is in many ways a pain in the neck, particularly since it pretty much forces us into having a generator, but the pay off is having really great food, even in remote places.

The lamb leg came from our farmer’s market here in Lunenburg and it fed us for at least six meals: the big dinner shown in the shot, at least two dinner curries, lunch sandwiches when hiking, and tomato soup with lamb chunks for another lunch.

And another nice thing about our freezer is that the cooked lamb went back in, so we were not faced with eating lamb morning, noon and night to finish it before it went bad.

Also, the peas are frozen rather than tinned—we will eat tinned peas if we must, but neither of us like them much.

Anyway, I’m not trying to sell anyone on a big freezer, things are certainly simpler without one, but to these two food-obsessed yachties, who spend a lot of time in places where sourcing good food is hard, our freezer is well worth the agro. That said, we have a chapter on how to eat well without a freezer, or even refrigeration. 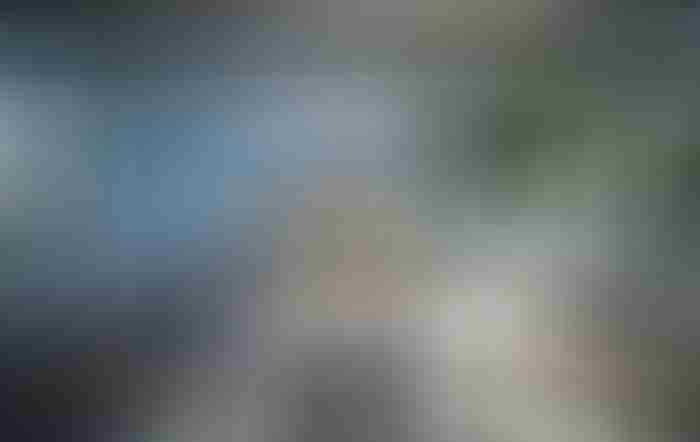 Funny the little things that we don’t find out about until we live on a boat full-time. One of them is the difficulty of keeping towels fresh when laundries are few and far between. And the horror of living with towels that have not been really dry in two weeks, and then actually having to rub said damp and pungent rags over our bodies, needs to be experienced to be believed.

Of course, those who cruise in sunny places don’t need to worry about this. An hour or so in bright sunshine on the lifelines every day and towels are usable for a long time…a scary long time—hey, we’re cruisers…but up here in the foggy and chilly north, not so much.

So we were both ecstatic to find that a couple of hours in our new cockpit enclosure, all buttoned up to create a greenhouse, does the same fresh-up job, even on days with only brief flashes of sunshine.

I know it seems trivial, but ain’t it nice when the law of unintended consequences actually works for us, instead of biting us on the ass as it usually does when cruising.

As those of you who have been reading here for a while know, I’m a tool freak. Now you know why we have a 56-foot boat: any smaller and she would have long sunk under the load of my collection. (Actually, I’m kidding; in fact, we work hard at keeping our boat relatively light and particularly at keeping weight out of the ends.)

Anyway, ever drop something just out of reach? (Anyone who says no to that question doesn’t own a boat.) When that happens, this grabber device is what you need. Also great for working a machine screw, bolt, or nut into an impossibly tight place. I can’t tell you the amount of problems this gadget has saved me. You can get them at McMaster-Carr and they are only US$8. Every cruiser should have one.

Have you ever been winterizing your boat and wondering if the antifreeze coming out of the spigot is pink enough? Maybe it got diluted with water in the line, and maybe not. Finding out in the spring when you pressurize the system and hear the distressing sound of running water from a burst pipe is a lousy way to find out that it was not pink enough.

And how about after we change the antifreeze in our main engines? Did we get the mix strong enough? How about dilution by fresh water that might be lurking in a low point in the system, maybe the water heater exchange circuit?

For years I guessed this stuff, admittedly without any disasters, but I probably wasted a bunch of antifreeze by running it through way longer than needed.

Now I know for sure with this Refractometer. Not cheap at US$50.00, but then again a lot cheaper than a cracked engine manifold or even a burst pipe. And, anyway, like I said, I’m a tool freak. 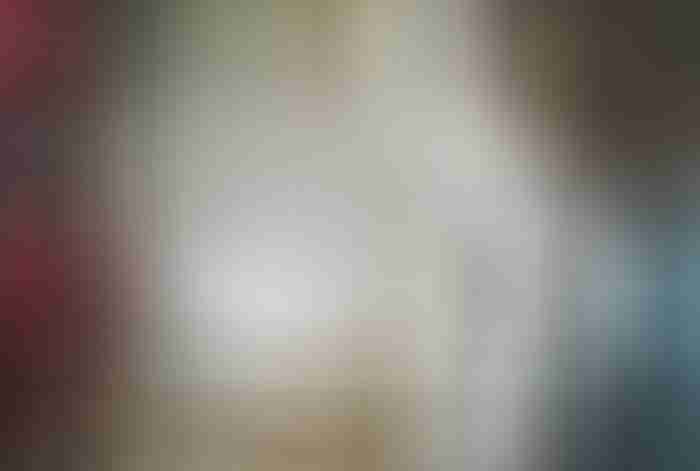 Talking of stuff that makes winter layups go better, we have pretty nasty freeze-thaw cycles here in Nova Scotia, and they in turn cause condensation, and that breeds mildew. So last winter we installed two of these little air circulation heaters from Davis Instruments, one forward and one aft.

They did such a great job of keeping the air moving and the boat dry that this winter we have added another in the engine room. Highly recommended for layups in winter climates like ours. 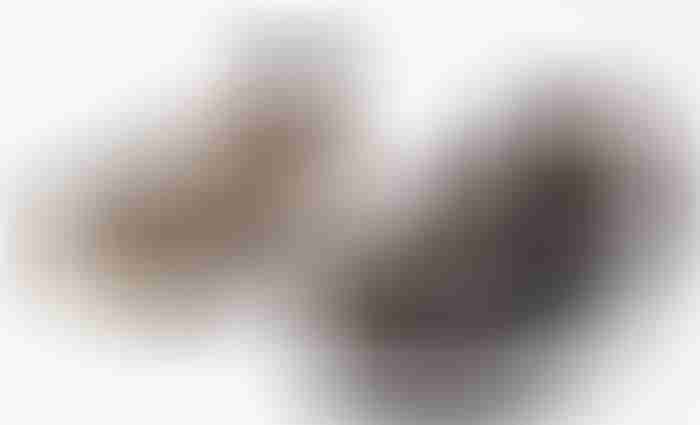 I have mentioned how having a real sailmaker’s palm, not one of the toys that marine stores sell, makes hand-sewing jobs easier and the results better. The one on the left is my old palm that I bought and fitted to my hand—soak in water for two hours, mould to your hand, and then let dry—some 45 years ago, when I first started sailmaking.

For years it’s been looking pretty worn and sad, but I refused to discard it, even though Phyllis bought me a replacement at least 10 years ago. Finally this summer I realized that by continuing to use it I was risking driving the back end of a needle into my hand if the rusting and loose cup failed, so it had to go.

Amazing how we, or at least I, get attached to great tools that have served us well…but then I’m a tool freak. 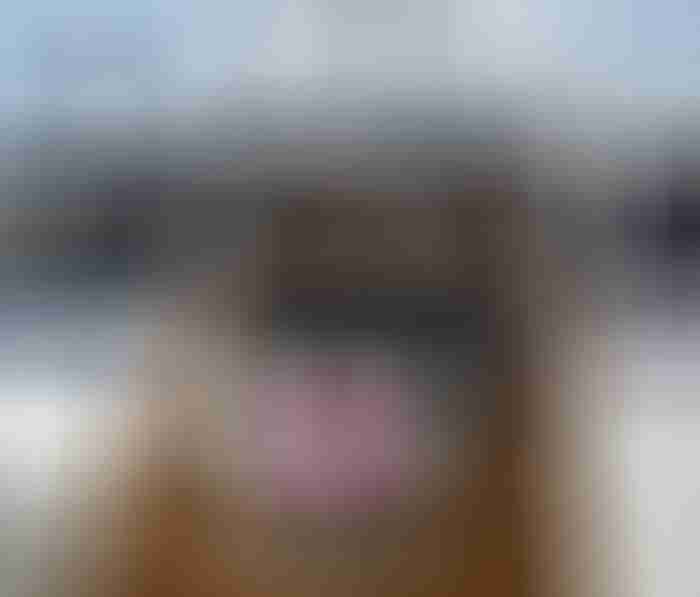 We use a bunch of apps and programs on computers and iPhone—must write a post on that—to keep track of all the vital details that go into having safe and fun cruises, but sometimes simple old stickies are the best thing.

This one is reminding us to check the wire seizing on the anchor shackle for wear when we weigh anchor—talk about an important detail. Since I always open the compass cover as we get underway, no way to miss it. Every cruising boat should have a couple of pads of stickies close to hand. 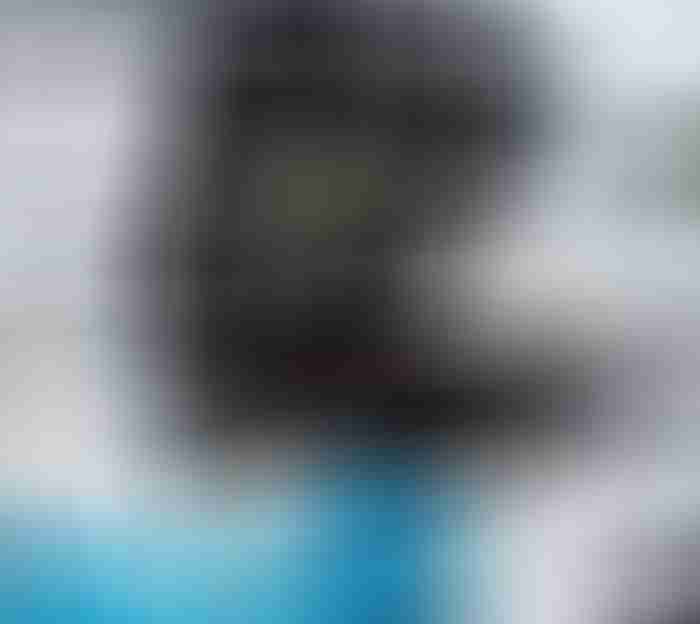 Morgan’s Cloud is fitted with these massive hatches that the builder constructed from scratch. They pretty much never leak, but part of the secret to that is keeping the gaskets moist with a very thin film of petroleum jelly (Vaseline). We only need to coat the gaskets once every couple of years, but it’s amazing what a difference this simple step makes.

Our gaskets are made from neoprene—works well since over time it forms to the raised mating surface on the hatch bezel. The Vaseline doesn’t bother this material at all, and in fact seems to actually extend the neoprene’s life, but if you have gaskets made from other materials, particularly natural rubber (rare, I think), this trick might not be a good idea.

I usually end these posts with a couple of photographs just because I like them, and this post is no exception.

Lately I have been looking for compositions that work well in black and white, probably as a reaction to the tsunami of over-saturated colour photos that we are all being subjected to these days.

Also, I find that when I get rid of colour, composition becomes the important contributor to a pleasing photo—colour can be a crutch.

Here are two from this summer I particularly like.

Do you have any favourite, but a bit out of the ordinary, tools? Please leave a comment.