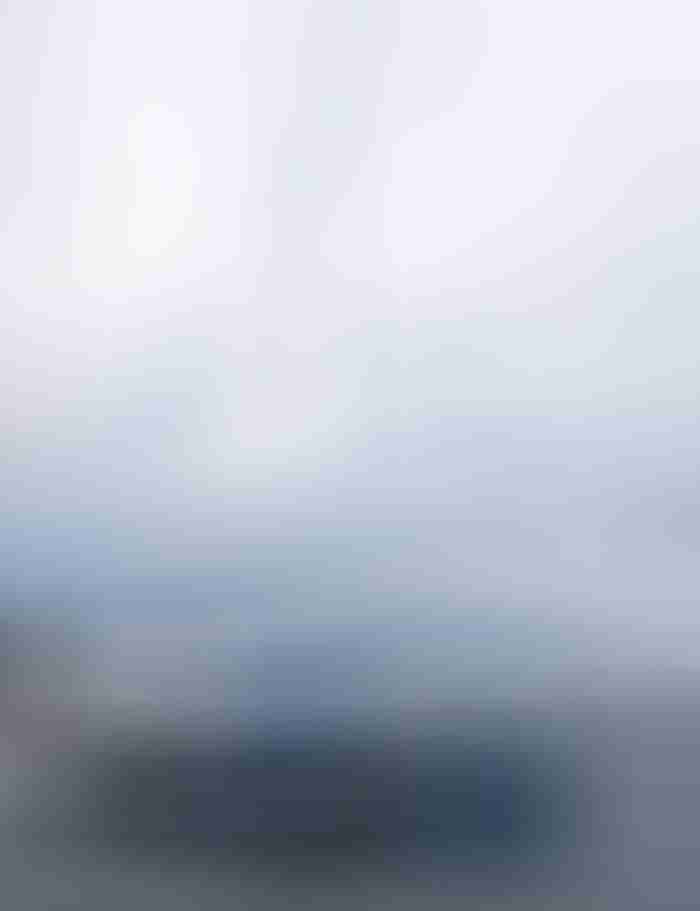 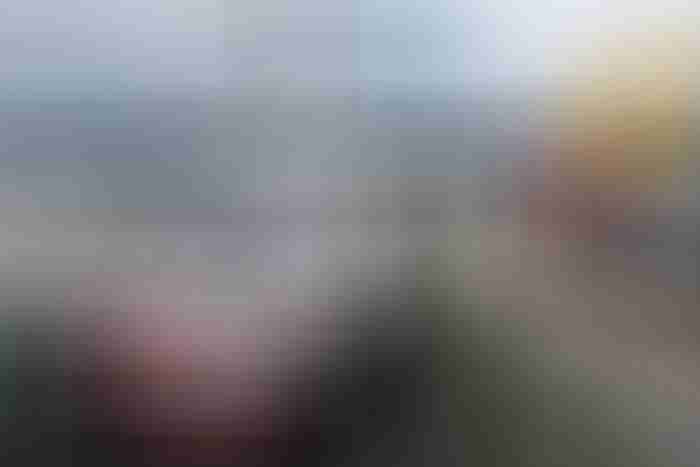 …but two Whitbread 60s getting ready for sea.

I guess people pay to play. Great stuff if you are tough enough…maybe. That said, I do wonder about the wisdom of putting amateurs on boats like this that are potentially very dangerous and were designed for top-line pros to sail.

There is not enough money in existence to pay me to head out from Nova Scotia to the Caribbean in late November on one of these. But then I’m a self-declared wimp.

This is both frightening and heart breaking.

But in fall of 2016 — which has been a zany year for the region, with multiple records set for low levels of monthly sea ice — something is totally off. The Arctic is super-hot, even as a vast area of cold polar air has been displaced over Siberia…

How any sane person can say that climate change is a myth is beyond me.

Get a Quote at a Boatyard

I know, most boatyards, when asked for a binding quote, will say they simply don’t give quotes. Too complicated, too risky. I have a standard answer to that:

Oh dear, we have a problem, because I don’t write blank checks.

I say it with a smile, and usually it’s a starting point to at least getting a fairly solid estimate, particularly when I present the yard with a detailed written scope of work and clearly say that I understand that if the actual work required exceeds that detailed in the document I will be amenable to a change to the quote.

Steve D’ Antonio has a great post on exactly this subject. Run, don’t walk, over to his site and read it…yes, I mean right now.

You might also want to read part one of his series too, although I do need to point out that, from our point of view in the offshore voyaging community, it’s a bit utopian because, in my considerable experience, there are almost no boatyards in the world that would meet his suggested selection criteria—sad but true.

We had an interesting discussion on watermaker options a year ago.

Now Ron over at Rainman, a company who make portable watermakers, just came up to announce that they now have a 12 Volt version.

I must say, I really perked up at that because, although I have long thought about installing a watermaker on Morgan’s Cloud, I have always punted because:

So, in some ways, a 12 volt Rainman seemed ideal. But then I thought about it and realized:

So there we are, not for me, your mileage may vary. 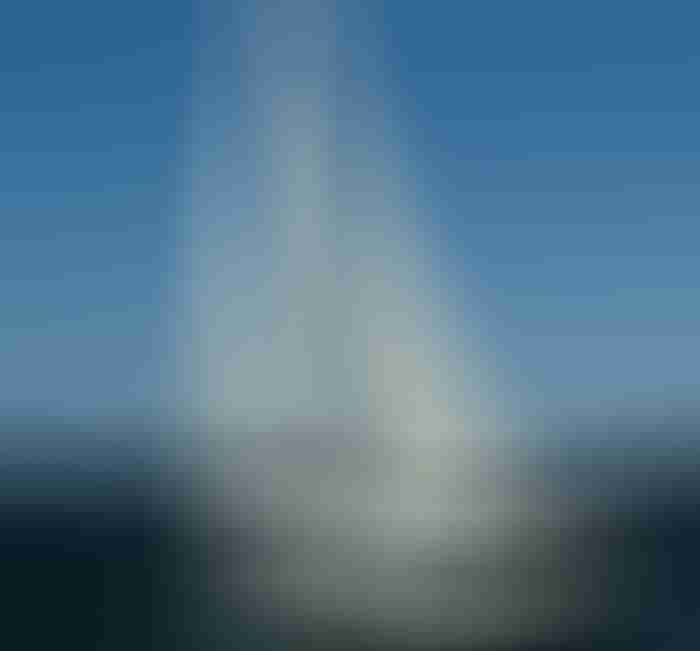 I don’t normally comment on boats that are advertised here at AAC, but the price on this boat has just been reduced to under US$150,000, which would seem to be such a compelling deal for a very nice design…well, I just can’t help myself.

That said, all I know is the sales information, so do your own due diligence.

Hi John,
We’ve had a polite disagreement about the desirability of refitting a used boat vs. buying a new production boat for some time. I even went so far as to offer a fixed price turnkey refit on one or two examples that I personally knew about. So I’m surprised to see you express enthusiasm for a used steel boat! We both know that it’s what is hidden behind the woodwork that determines whether a steel boat is one of the rare great ones or just another nightmare.

Anyway, here are two more examples for those with high latitude dreams and a rice & beans budget.

The original Dudley Dix Salty Dog II
Been everywhere, the epitomy of simplicity. I suspect this is one of the rare steel boats that was done right from the start. Simple enough that it could actually be properly inspected. http://www.yachtworld.com/boats/1983/Dudley-Dix-Pratique-35-2982352/Nanaimo/Canada

And a basically new mini-expedition sailboat that is probably more capable than 25% of the boats that have made it through the NW Passage. For 33K!
http://www.yachtworld.com/boats/1993/Murray-Expedition-Style-Auxiliary-Cutter-3032945/Canada

And finally something that really presses my fantasy buttons. http://www.yachtworld.com/boats/1992/Garcia-Eclypse-60-2973170/morlaix/France

I think you are reading too much into a short thought. There is no inconsistency in my position because, at least as far as I can see (note my due diligence warning) this is not a refit boat. She is less than ten years old—an age I have always thought of as a sweet spot in boat value—and I think fairly lightly used. She has also just been painted.

As to the boat being steel, yes, all the usual caveats apply.

Hi John
My apologies– I should have taken the time to make my main point more clearly.

With steel boat construction the key step that determines whether the boat will eat itself up from internal rust or provide sound long term service is the way the inside of the hull is prepared and protected at the time of build.

Unless one has witnessed the actual construction or have upmost confidence in the yard that did the work (including their techniques in use at the time of build) there is NO Way to know whether a 10 year old steel boat outfitted with an elaborate yacht interior is worth considering. In my personal case there are only two yards that I would trust enough to buy one of their used steel boats unless I could remove much of the interior before making a buying decision. I’m not saying that I would never buy a steel boat— actually I’d take one of the rare Waterline boats ahead of a similarly sized Oyster or Swan– but only because I know how they were built.

The one exception is for a boat like the two I listed that is simple enough that much of the interior hull can actually be inspected. And for $33,000 where could you find a production fiberglass (or custom aluminum) boat with the strength and capability of these little 33-35′ adventure sailboats?

Good point on steel. I have no personal experience, so I will defer to you on that.

For those interested in what it takes to really paint a steel boat properly, Colin has written an excellent chapter on the subject: https://www.morganscloud.com/2012/02/16/why-not-steel-part1/

Good comments. One of the pluses of our steel boat was the use of “boards” of closed-cell foam above the waterline, and nothing below. Not only did this allow for inspection at survey, it had little chance of trapping water as does the far-more common sprayed-in urea formaldehyde foam.

Metal boats need to have some basic principles adhered to (no pun intended) and how they are insulated and where is among the most important.

As most of us have to deal, more or less regularly, with boatyards, I echo John’s advice to read Steve D’Antonio’s wise advice to boatyards and boat owners. I would want to point out how fitting these articles are for the AAC site. AAC has pointed out the many areas where, were owners to ask questions of builders, the boat industry would change. Similarly, were we to ask and persist with the advice Steve gives in his articles, the boatyards would have to change. We can be the agents of change.
Lastly, in a related newsletter of Steve’s, I give suggestions (last letter in the column) to boat owners on the things they can do to give the best chance of having boatyard work go smoothly. The URLs are below.
( stevedmarineconsulting.com/cracking-the-code-part-i/ )
( stevedmarineconsulting.com/cracking-the-code-part-ii/ )
( stevedmarineconsulting.com/october-2016-newsletter/ )

Steve’s other articles (on his site) on a vast array of marine topics are well worth spending time with.

I think you make a really good point in saying that “we can be the agents of change”. If we settle for poor service, that’s what we will get.

Another way this is put is that “you teach others how they should treat you”. While that might seem like licence to be an overdemanding customer, it is always a mistake to fail to outline your expectations, delivery dates and contractual obligations to a marine tradesperson. I have always indicated that while I personally do a lot of my own installation, repair and fabrication in my refit out of desire and necessity, I am hiring tradespeople to do better than I can, while being clear I can (usually) tell the difference between fit-for-purpose and shoddy work. It’s an important distinction and it’s unwise in my view to just trust that the person hired for a gig has the same work ethic the owner does.

Thank you for sharing this info with AAC readers. My intent in writing this series is just as Dick stated, if more boat owners insist that boat yards meet these criteria, then they will yield. Turning a large ship takes time, however, it is turning, more and more readers report success in getting yards and contractors to meet more, if not all of these standards. To their credit, some yards are seeing the light, however, boat owners are the key to increasing the momentum of this change.

Finally, I suggest AAC readers share with fellow members when they encounter yards that are willing and able to meet these standards. Those yards should be recognized and incentivized to continue their efforts.

Thank you for clear and concise writing on what is an often obscure (and obscured) topic. I’ve enjoyed your writing for years in various publications, and you perform an excellent service.

I think that a very good idea. Rewarding a good yard with a positive review as well as positive feedback is one of the best things we can do to make the situation better.

I’ve been reading your site for a couple of years now and never realized there was a boat classified section. Where is it on your site? I’ve looked but can’t seem to find it.

There’s no boat classified section per se; however, boats are often advertised in the small block of ads in the sidebar.

John,
Thanks for getting back on practical and useful topics. The A40 comment thread, although important, had turned….well into a shit show. Let’s let it rest.

I’ve made my way to Charleston, SC from Annapolis and I’m in the process of getting an estimate from a local yard. Surprising, but they they offered to make an estimate as I was inquiring about DIY yard rates. My poor old Cape Dory 36 really should have the entire propeller shaft log refitted (new shaft, flex coupling, packing box hose, and I’m interested in a variprop or max prop feathering propeller).

Significant work…will update how it works out.

You may find my experience (although in a metal boat) replacing an entire drive train helpful. I am very pleased with my VariProp, although I’m sure I would be just as happy with a similar feathering prop. You’ve got the “significant work” part right, but myself and a fellow steel boat owner (with an AutoProp) were able to do much of this ourselves. We outsourced the welding up of the thrust bearing and the engine stringers and the welding in of same. The rest was two guys in the winter: http://alchemy2009.blogspot.ca/2013/02/propositioning-or-getting-right.html