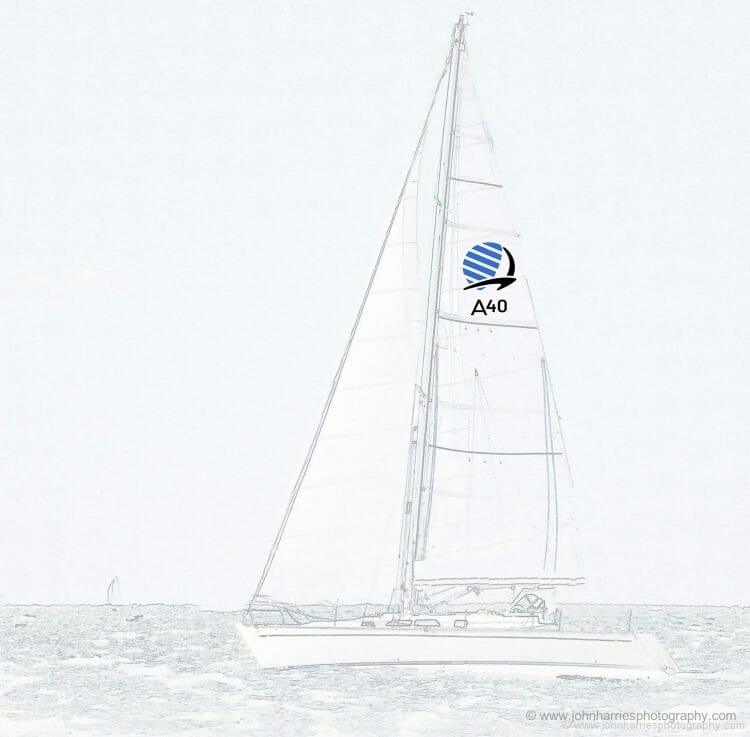 The Adventure 40 team, now including Vincent, the designer selected for the project, have also produced three papers on the rig, rudder, and keel, that expand on the specification with detailed explanations for the decisions they have made, that I will also be sharing.

My function in all of this is that of guardian of the concept and moderator of the resulting discussion in the comments.

As part of this process, I will be expressing my own views on each section as well as explaining how each decision fits into the core Adventure 40 concept.

Or, to put it another way, I'm not here to sell you an Adventure 40, but rather to guide the process so that, as much as is within my power, the final boat meets the goals I set for her nine years ago:

The boat as it comes from the factory and after an ultra-short two-week shakedown cruise, will be capable of taking a couple with occasional guests around the world in safety and comfort.

She will also be a fine weekend cruising boat for those who have to keep working at their day jobs while they plan their escape.

¹ That price assumes a simple seaworthy boat with basic gear to cruise, not a boat tricked out with all the complicated gear that many cruisers these days mistakenly class as essential. You can read about what will be included, subject to change by the final specification, starting with this article.

Of course, what we would all like to see right now would be a full set of drawings, preferably accompanied by some cool 3D renderings.

Rather, we want to take the same tried and proven Adventure 40 approach of testing the written specification with you, the prospective buyers of the boat, before drawings are made—the further we go down the design spiral, the harder (and more expensive) it is to refine things.

With that out of the way, let's take a look at what the guys in France have come up with:

CLICK HERE to get to know us for free

Previous: Designer Chosen For The Adventure 40