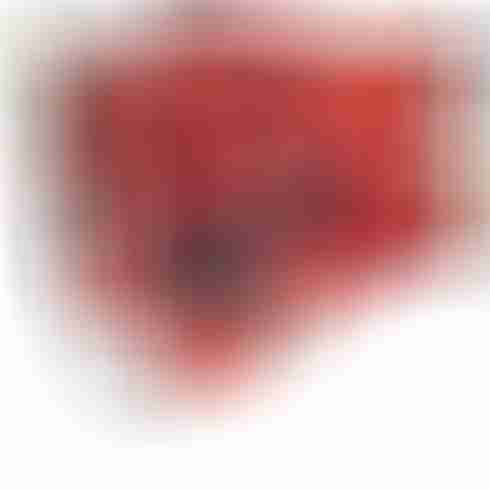 I have to admit, I have been procrastinating about writing posts about the Adventure 40 systems because this is the area where we will have to make some of the hardest and most unpopular decisions if we are going to produce a viable, reliable, fast, strong and comfortable offshore voyaging sailboat for less than US$200,000, ready to sail around the world. But, I procrastinate no longer, here goes.

Things to Keep in Mind

Before we start, if you have not read it already, or even if you have and the memory is fuzzy, please reread the first few paragraphs of this post, in which I explain the goals and limitations of this specification.

For those who may be wondering why I’m writing about the engine before discussing the interior it will need to fit into, I need to explain a fundamental Adventure 40 concept:

Unlike most production boats, where an interior that will sell at a boat show is designed first and the systems are then fitted into the space left over, the Adventure 40 design team will focus on the systems that make the boat a fun, safe and easy to maintain offshore sailboat first, and then fit a functional interior into the space that’s left. A radical concept, but a totally right one.

And, if you are wondering why I am putting so much effort into the engine for a boat that is primarily designed to sail, Colin does a great job of explaining here.

The engine will be about 35 HP, relatively low revving and high torque, based on an industrial block. A good choice would be the Beta 35 based on a Kubota block.

Yes, I know the horsepower sounds low, but I assure you it’s not. As I have written before, many, perhaps most, modern sailboats are ridiculously overpowered, which results in poor fuel economy and premature engine failure due to under loading—diesels, particularly industrial ones, like to work hard.

Also, keep in mind that the Adventure 40 will be a long waterline comparatively light hull form that will be much easier to drive through the water than most modern production boats, which need more power because their hull forms are fundamentally inefficient.

Finally, if I’m wrong about the engine size, always a possibility, we will find that out in the prototype phase and we can always go up one model. Rest assured that the engine we end up with will be able to drive the boat to a speed to length ratio of 1.25 (about 7 knots) into 20 knots of wind and a 3 foot (1 meter) chop—when the wind and waves get higher than that, no amount of power will drive you any faster, or even that fast, without cracking off and putting some sail up. 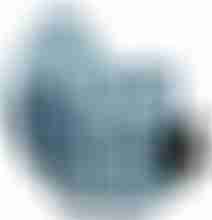 The transmission will be a mechanically activated unit such as the ZF/Hurth  ZF15, because this will allow for locking the propeller shaft without use of a separate shaft lock.

The gear will be fitted with a heat exchanger oil cooler, which, along with oversizing the transmission, as I have done, is one of the best things you can do to guarantee that the Adventure 40 will not be plagued by the transmission problems so common on sailing yachts.

The propeller shaft will be of high quality stainless steel (Aquamet 22, or equivalent) that will be at least one size over standard practice for an engine this size. It’s amazing how often sailboat propeller shafts bend or break due to something fouling the propeller—an event that should be a minor irritation, not the start of a major repair job.

The shaft will be coupled to the engine with a clamp-on split-coupling, with set screws screwed into dimples in the shaft and then wired. The coupling will be faced on a lathe to insure accuracy after it is fitted to the shaft. A DriveSaver will be fitted between the transmission and coupling to act as a fuse in the event of a severe prop fouling event.

The boat will come standard with a two blade fixed propeller but the shaft will be machined to accept a MaxProp, for owners who wish to add one and keep the fixed prop as a spare.

There will be enough bare shaft between the front face of the propeller face and the aft face of the strut to accommodate an owner-fitted line-cutter device.

If there is any doubt about properly supporting the shaft run, two cutless bearings will be fitted, one in the stern tube and the other in the strut—many sailboats have inadequate shaft support.

The shaft will enter the boat via a PSS dripless shaft seal, rather than a stuffing box.

The boat will be fitted with a single high quality aluminum tank with baffles and large inspection ports so that all parts of the tank can be reached for cleaning.

I am hoping that this tank will fit in the bilge, and given the hull form that I favour, I think this is likely. Fuel tank size can’t be specified until the boat is drawn, but I am aiming for minimum flat water range under power of 400 miles at six knots. Because of the extremely efficient hull and relatively small engine, I’m guessing that this will equate to about 50 US gallons (190 liters).

A Racor 500 primary off engine fuel filter will be fitted. This filter is huge overkill for such a small engine, but it is the smallest one I know of that does not have a spin-on element—an invention of the devil.

The engine will be fitted with a single 80 amp alternator driven by a serpentine belt. The mounting points and belt system will be robust enough to take a 150 amp large case alternator for those owners that wish to fit one and keep the old alternator as a spare.

A permanently mounted oil change pump will be provided.

A standard water lift muffler will be used, but particular attention will be paid to insuring that water can’t back-flood the engine. Precautions may include:

In order to avoid the use of a V drive, it is likely that the front of the engine will protrude under the companionway steps. These steps will be completely removable.

Access to the side of the engine, transmission and drive train will be from the “utility cabin” on one side of the boat and from a large cockpit locker on the other side. This will result in 360 degree access without too much disassembly. Grubby engine jobs will be doable from the utility cabin with all tools, parts, and a small work bench to hand.

The decision of which side of the boat the utility cabin will be sited will be, at least partly, based on the location of the service points on the engine selected—an example of the ease of maintenance driven holistic design that will go into the boat.

Although this is a relatively simple propulsion system, there is no question that I have gone for a significantly more expensive solution than that proposed by Richard originally. And yes, it is possible that this could push us a bit above the budget number, although I think not since I plan to pay for this by being ruthless in the specification of other systems.

Even if this engine does push us over our original goal of US$175,000, I really can’t see the amount of overrun exceeding US$5000. And since our primary goal is a low ten year cost of ownership, this is worth it when measured against the cost and aggravation of, for example, replacing a defective Saildrive in some out of the way place.

If you have suggestions to improve this engine specification or questions about it, please leave a comment.

Subscribe
Join Us To Comment ("About" on menu)
191 Comments
Oldest
Newest
Inline Feedbacks
View all comments
≡ Menu
This is a guest wpDiscuz
This site uses cookies: Find out more.