Polaris, the sailboat we looked after for a month in Greenland, is fitted with a diesel day tank that’s installed so the bottom of the tank is higher than the intake on the main engine and Refleks heater. (The Webasto heaters require a combined metering and lift pump, so their position, relative to the tank, is not an issue.)

There are several advantages to this system:

Hutting, builder of Polaris, has done an installation job on the day tank that is, like all the systems on the boat, a work of art. 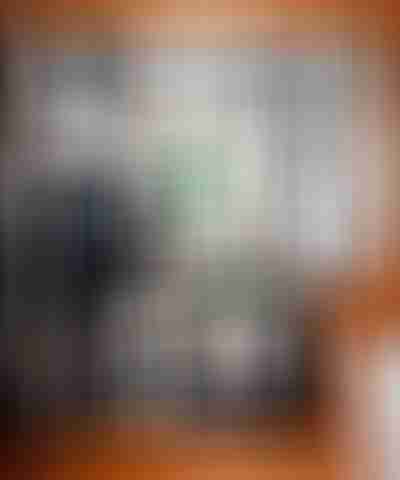 The front of the day tank (just above the twin filters) is what you are looking at in the photo. (The smaller black tank in the left middle ground is the engine cooling header tank and nothing to do with the fuel system.) The blue pump on the upper left fills the tank from whichever main tank is selected on a separate manifold (not shown) when the black button on the control box to the right is pressed. The pump also starts automatically if the day tank reaches half empty. The red button stops the pump, which also stops automatically when the tank is full. There is also a manual pump (green) in case the electric one fails. Under the tank there is a deep drip pan to catch the inevitable spills that will occur when the tank is being cleaned or worked on. There is also a simple sight-glass gauge that Michael (owner of Polaris) has accurately calibrated.

Drawbacks to the system—there are always drawbacks since everything on a boat is a compromise—are the substantial amount of valuable space used by the day tank and related plumbing, and the chance of running the engine dry if the automatic refill system fails or overflowing out the vent if the automatic stop fails.

On balance, we would say that a day tank makes a lot of sense.

I have installed a similar day tank system to my Fisher Freeward 30 Freewind, the main difference being that, instead of a high/low switched system I have installed an overflow that returns excess fuel to the main tanks. The day tank is fed from the engine’s mechanical pump which draws diesel from the low points of the two tanks through a water separator/fuel filter. This way all the fuel is constantly circulated with the engine being gravity fed from the day tank. Should the fuel pump fail I have about 20 litres of fuel in the day tank and my fuel is constantly ‘polished’ and de-watered. I have had this system in use for about five years with no problems so far, touch wood!

I would like to use it to fill the day tank (e.g. just include day tank on same manifolds). Any concerns that the fill rate will be to high?

That depends on the venting of the day tank. Also, what you decide to do with any overflow from said day tank. That said, 150 gal/hour seem to be a lot for this application since if anything goes wrong the mess at that flow rate is going to be pretty bad. If it were me, I would use a pump of about 40 gal/hour. That’s what we use for our fuel polish system. http://www.walbro.com/fr-series-fuel-pumps/

Thanks to the information about avoiding diesel fuel degradation above and on other sites, I have developed the most resilient fuel system I can imagine for a modest sized cruising boat and an equally modest budget to pay for it. The main differences between my system and Denis’s is that the header tank is the hub of the fuel delivery system where the fuel level remains almost constant. A separate electric fuel pump fills the tank whether or not the engine is running. This permits the fuel to be polished more frequently when considered desirable. It also supports diesel fuelled heating with a gravity fed supply.

By hub, I mean that fuel flows from the header tank via a secondary water separator/fuel filter to both the engine and the cabin heater. Fuel is pumped into the header tank from either one of the two fuel tanks (or out of a jug) through one of the two primary filters by the electric fuel pump at a rate of about 80 litres (20 US gals) per hour.

The electrical digital timer (TM-619-series) that controls the fuel pump can be configured to set the pump’s on/off frequency during operation as well as its cyclical on/off periods each day of the month. These configurations include: ‘pulling fresh fuel from a jug’, ‘fuel polishing only’, ‘heater on only’, ‘engine on only’ and all their possible combinations. The configurations can be manually overridden when required.

The level of the fuel in the header tank is displayed on a gauge mounted near the engine control panel. You can see that the fuel supply is faulty when the level falls below 2/3 full. At that level, however, the header tank contains sufficient fuel to motor at cruising speed for at least another 8 hours.

In short, my research into how to deal with diesel fuel degradation on a modest sized cruising boat is to fit an electric pump on a timer that circulates the diesel oil at least once every two or three days through the best filtration system you can afford and/or find space for. I found that people who run their boat’s diesel engines frequently don’t seem to have fuel degradation problems. Checking the quality of the fuel before putting it in the tank is also a sensible precaution.

Sounds like a good system. We too have a polishing system, although no day tank, and have found it very useful over the years.

I’m working on a new install and will be putting in a day tank to supply both the engine and a diesel heater. The tank will sit above the engine and heater, but to make the run to the heater and to provide it enough pressure, the top of the tank ends up around 30 inches above the engine. I’m concerned about the engine being able to push the return fuel up that high.

It’s not something I can find any specs on. Though I have run across comments suggesting increased pressure in the return line can raise pressure in the pump and cause problems.

Judging from the picture of Polaris, the tank is quite a bit higher than their engine.. so I’m wondering how they got the return line up that high… did anything special? or maybe it’s a non issue? Anybody have any insights? Thanks!

Sorry, I just don’t know. Is there any way to contact the engine manufacturer and ask. I think that’s the only way you are really going to get a good answer. Anything you get here, or in a forum is probably going to be a guess.

Good suggestion. I sometimes get caught up searching the internet and forget to just talk directly to the manufacturer. I emailed Beta Marine (I have a Beta 38) and they just replied that the pump is designed to have some head on the return line, and that 30″ was not considered excessive.

I had the problem from the other direction: pulling fuel up to the diesel from 30 inch (75 cm) deep keel tanks. I had insufficient “lift” from the diesel’s fuel pump to bring fuel from the tanks, when down about a third, to the fuel filter/polisher and hence to the fuel manifold. I would suffer fuel starvation as a result with less than topped-up keel tanks. This may not have been a problem with the previous engine, which was lower, wider and sat on stringers about five inches (12 cm) lower, so it was just one of those examples where a small change can make a big difference on a boat. A little research suggested that the standard fuel pump could “lift” about 10 inches (25 cm.), which I found a very safe estimate, as I didn’t discover the problem until my tanks were down to half-full, which was, I estimated, about a 24 inch (60 cm.) “lift”.

I solved the issue, to date (as I don’t tend to run my tanks down below one-third full if I can help it) by installing a separately switched, 12 V Walbro FRA-1 inline fuel pump. Switching this pump on prior to start has seemingly solved the problem to date. My point is that I can see the same device providing sufficient lift (it’s about 4 PSI) to a daytank, which can then “overflow” downhill to whatever tank would normally accept the return flow, minus, of course, whatever diesel fuel is used by the heater. Should your fuel filters fail or you take on contaminated fuel, the daytank, being “post-filters”, should give you a clean reserve, via either a valve or changing over the hose, some usable fuel to get into port. The cost of this is increased complexity in “plumbing”, more breaks in the fuel hoses and consequently the need to be fastidious about hose clamp tightness and maintenance.