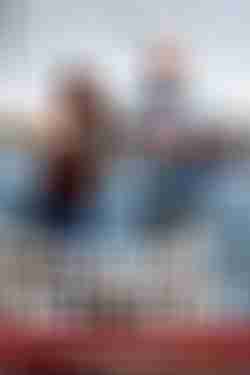 I just read Herb McCormick’s biography of Lin and Larry Pardey, As Long as It’s Fun. Actually, it would be more accurate to say that I devoured the book, or maybe to be more accurate still, the book consumed me for several hours.

Herb is one of the world’s best writers about sailing, and when presented with as interesting a subject as Lin and Larry, he truly shines. And what adds so much to the book is that it’s not just a fan-boy biography, but rather presents the Pardeys warts and all, including the stresses that their minimalist cruising lifestyle put, from time to time, on their relationship—it wasn’t always fun.

I think many of us in the cruising community pigeon-hole Lin and Larry as that rather odd couple that sailed small wooden boats without engines—old fashioned throwbacks to another time whose thinking really doesn’t apply to modern boats and methods.

But, in fact, Lin and Larry are two of the best mariners of our time, or maybe any time, with lessons to teach all of us, no matter what kind of boats we sail, and Herb does a great job of bringing that side of the couple to the fore. 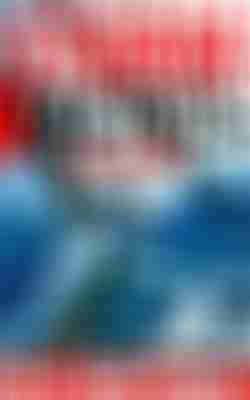 As an aside, anyone who ventures more than a few miles from land should read Lin and Larry’s Storm Tactics Handbook, which Phyllis and I were honoured to contribute an experience and technique to.

A technique that we never would have thought of without the inspiration of having read an earlier version of their book—Lin and Larry’s fundamental teachings translated well to a 56-foot relatively modern aluminum cutter.

That Lin and Larry know a lot about heavy weather sailing should come as no surprise, but what is surprising is Herb’s story of what clever and innovative entrepreneurs the two of them are. So if you are trying to figure out how to get out there cruising and still eat, studying their approach to their many business enterprises may be useful.

Anyway, aside from all that, As Long as It’s Fun is a charming life, voyaging and love story. I highly recommend it to anyone with even the slightest interest in boats and the sea.

The Father of Attainable Adventure Cruising

By the way, Herb is not only a great writer, he is also a cracker-jack editor, a skill that might be even more rare. It was Herb who some 20 years ago recognized a kernel of value in the ramblings of a dyslexic sailor within a manuscript buried deep in the slush pile at Cruising World magazine, and then mentored that sailor as he made his first often-faltering steps towards becoming a writer.

So in some ways you could say that Herb McCormick is the father of Attainable Adventure Cruising. Thanks, Herb.

The first article I ever had published, thanks to Herb.

Have you read any good books about offshore voyaging lately? If so, please share in a comment.

Neither Lin and Larry, nor Herb, solicited this article or provided any value, in cash or in kind, to me or this website in connection with it. Further, I paid the same price as anyone else would for the book and we don’t receive any benefit if you buy one.

Lin did send us a free copy of Storm Tactics Handbook some years ago.

I have benefitted so greatly from first reading about the sea (followed by going out and testing myself against what I’ve read) that I can’t imagine having dyslexia discourage me from books. For that, and for undertaking a writing career, you are to be commended. I’ve met the Pardeys at a boat show, and I have found their writings to be lively, if occasionally contentious, examples of seasoned seamanship and inventiveness. I did immediately grasp, however, why they were able to live aboard such compact vessels without complaint.

Your point about one not necessarily using their techniques, except for a springboard for developing one’s own, is very true. Not only is every boat and sailor different, so is every incidence of heavy weather and every boat and sailor capacity to deal with that. Some people run off, I think, because they wish to be actively engaged with the problem; others heave to because “this too shall pass”. Of course, there’s no right answer: the nature of the state of the boat, the crew and the wave train would tend to dictate the response, but as you wisely point out, “more tricks”, especially tested ones you’ve lived to use again or the proposed ones in various books, at least give you options that have worked for others.

As for books on offshore voyaging, I am still plowing through Ma Li Chen and Lee Chesneau’s book “Heavy Weather Avoidance”, which is not a casual read, but one which helps to improve my own weather sense and ability to interpret reports.

“I did immediately grasp, however, why they were able to live aboard such compact vessels without complaint. ” LOL. My friend from Port Townsend who built a sister ship to the 24′ Serafin is the same height as Lin, and the only person I know who could stand up in his boat.

Lin & Larry’s wrong way passage around Cape Horn in their 30′ boat (with a huge bowsprit and no cockpit) stands as one of the great examples of seamanship in the modern era.

Hi All, I just heard from a member who said he received a “comments closed” message when trying to comment on this post. Has anyone else had the same problem? If so, please contact us via email. As you can see from this comment, it’s working for me, so I’m perplexed.

Hi John.
Thanks for the recommendation. I´ve read several of Lynn´s books and enjoyed them, but probably wouldn´t have come across this biography. I´m really enjoying reading it, and your description of Herb´s writing talents was right on the button.
Yours aye,
Bill

have this book in my home library…is def worth reading as is bill buckley’s book of maybe 30 years ago about his transpac adventure with crew of close friends on his schooner…don’t remember title as i am currently on my sloop for a while longer yet in thee caribbean, but it is vintage buckley…can hear him speaking the words as you read them…title something like ‘sailing in paradise’…cheers, richard (based in tampa bay), s/v lakota