Life-changing experiences only come into focus in hindsight in my experience. While they’re happening, their implication is often lost in the noise of the moment, especially if you’re only 11-years old. Which was my age when I first encountered the huge creature that would change the direction of my life—the basking shark.

At the time I kept a tiny dinghy in the local fishermen’s cove of the South Devon town that I lived in, and a friend and I had heard that some of those men had caught a big shark in one of their nets and had towed it back to shore there.

When we arrived the thing was still struggling in the net, but after a herculean effort by all concerned it was freed and thrashed its way back into deep water. Even though it was actually only a small one (around 4 m/13 ft) it definitely made a big impression on the two of us, and I remember feeling distinctly uncertain about launching my dinghy to go fishing that evening.

Which got me thinking

Obsessed with books about nature and adventure I began to glean a little knowledge about this amazing behemoth, apparently the second-largest known fish in the world, capable of reaching over 11 m (36 ft) in length and 7 tonnes in weight—bigger than a London bus.

But this shark was no ferocious great white, simply a bumbling sea-cow, filter feeding on minute zooplankton, no threat to mankind.

If only the same could be said in reverse. As I subsequently learned, these harmless creatures had been extensively hunted by humans throughout the northeast Atlantic that surrounds our island home; to the extent, sadly, that the population was believed to have crashed.

Which struck me as somehow desperately wrong, especially when I found out that it was only the livers that the hunters were taking, to extract an oil that would principally be used to make margarine. Surely it wasn’t necessary to drive to extinction such an extraordinary creature to make the rather unpleasant spread on the bread that we got served at school?

For the first time in my life I began to question what we were doing to the oceans. So by the time I was an adult and spending much of my time on the water, I had become immersed in the then-nascent world of marine conservation.

How did I get involved in research?

Which might have been how it stayed until a chance encounter diverted me into the path of the basking shark once more. By the late 1980s I was working occasionally as a yacht skipper, sometimes leading simple ‘at sea’ surveys for marine life.

This work put me in touch with a well-known whale and dolphin researcher who invited me to come and work as his skipper on surveys in the Western Isles of Scotland. Another life-changing experience followed, overturning everything I thought I knew about sailing, and introducing me to one of the loveliest places on earth, together with the natural wonders that inhabit its waters.

I also learned about the remarkable history of the basking shark hunt in that area, which at that time was still being actively prosecuted by one last fisherman, now marketing not only the livers but also the huge fins that were by that time fetching vast sums of money when sold into the Chinese shark’s-fin-soup market.

But he was only following in the wake of an extraordinary cast of characters who, in the aftermath of World War II, had attempted to create an ‘industry’ around the hunting of the shark. Most of those men were not your average fishermen by any stretch of the imagination.

Amongst them were the brother of a doomed polar explorer, a novelist and the son of a Baronet, Gavin Maxwell, who would go on to become one of the world’s best selling natural history authors. That their efforts were not entirely successful should perhaps not come as any great surprise….

Gripping accounts of their quixotic endeavours later appeared in a cluster of books that still have the power to both alarm and delight in equal measure, which almost certainly earned the authors more money than their unequal battle with the basking shark ever did.

Not books to gladden the heart of any conservation-minded individual seen through today’s prism, but the vivid descriptions they contain of their trials and failures, the iodine tang of the sea air and the panoramic vista of an island-studded horizon, found an avid readership in the drab era of post-war austerity.

Not just in Scotland

Not that the Scottish hunters were alone out there on the oceans. Basking shark fisheries had long existed in Norway, Iceland and Ireland, and were mirrored in the Pacific in Canada, the USA and Japan. In those areas, for the most part, ‘real’ fishermen were involved so the toll taken was far greater and local stocks plummeted to almost nil.

Even today, the devastating effects of those fisheries on some local populations—Vancouver Island, Nakiri—remain unchanged with no signs of recovery at all. It is indeed a grim and sad legacy.

By the 1980s though, the tide was turning, at least in Britain, as a growing movement for the protection of this iconic species gathered momentum. Eventually the last of the hunters hung up his harpoon gun and the government finally protected the basking shark from hunting in 1998. But now came the crucial question—would it be timely enough to turn the tide for the endangered population in Britain’s waters, let alone further afield?

I was fortunate enough to have a ringside seat through all of this and into the subsequent years, working as skipper/researcher on what would now be known as ‘citizen science’ projects along the western seaboard of the British Isles.

By the time we called it a day in 2007, we had recorded well over 1000 basking sharks, covered over 13,500 nm of line transect surveys, and identified four ‘hotspot’ sites around the coast of Britain where substantial shoals of the creatures could still be encountered.

It might have appeared our work was done, but in reality we were involved in a relay race, passing on the baton to younger smarter scientists who took our raw data and findings and built upon them.

Using the latest satellite tracking technology they have discovered that the basking shark can cross oceans, dive to greater depths than most whales, and forage for plankton day and night—shining a light on a hidden life history that we could only guess at from the tip of the iceberg that we saw at the surface.

As a result of the combined efforts of these dedicated people and remarkable technologies, the basking shark is now one of the world’s most protected sharks. Like the great whales it has become a conservation icon that has benefitted from vital conservation actions that will hopefully see it recover from the historic lows caused by industrial-scale hunting.

And now, out in the lonely Sea of the Hebrides, the basking shark still has a price on its head, only this time it’s not a one-off payment for its fins, but a lifelong dividend as thousands of ecotourists flock from around the world to see the shark in its natural setting. And the same is true in many other places like the Isle of Man, Cornwall and Ireland. Now worth more alive than dead, it’s a long way from the darkest days of the last century.

And for those of us who love the Hebrides, the sight of that huge dorsal fin cleaving the water remains an essential piece of the jigsaw without which the place would lose part of its magic. If we removed the amazing wild creatures that populate it, even a place as lovely as the Western Isles would be just a beautiful desert. It’s the wildlife that makes it one of the world’s finest cruising grounds.

Is the protection working? It’s still early days, and the shark’s reproductive biology doesn’t allow for rapid rebounds in stocks, but there are positive signs.

Out at the hotspot sites in Scotland, for example, big shoals (over 900 animals in one case) have been recorded in recent years, and what is believed to be courtship behaviour related to mating has been regularly witnessed amongst these shoals.

That there are positive signs should perhaps be unsurprising. After all, conservation is based on a simple principle: If you stop killing a species at an unsustainable level, then as long as there are enough left, a recovery should eventually take place.

For my part, those heady days out on the water in all weathers, searching for these giant fish, are in the past.

Though still involved at the margins, working in support of the latest generation of scientists, in reality I’m reduced to the same level as the wild men who took to the waters of the Western Isles in the mid-20th century: yesterday’s man, reflecting on the glory days when we ‘sailed with sea monsters’, fit only to talk about it. 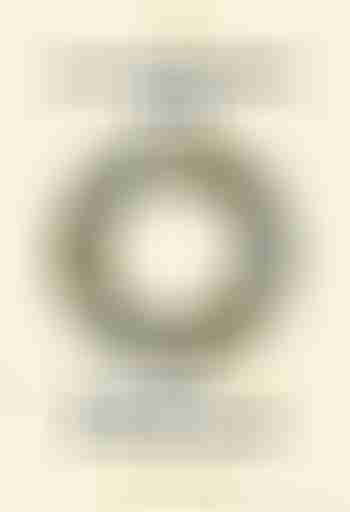 So, just as they did, I have put pen to paper and you can learn about all of the above and much, much more in my newly-published book A Sea Monsters Tale: In Search of the Basking Shark.

I can’t guarantee that my book will transport you to the Western Isles in the company of giant basking sharks—but if it doesn’t make you want to go and see for yourself then I have failed in my mission!

If you would like a signed copy, these are available for early orderers via the Wild Nature Press website—just insert the code seamonstersign in the “Apply Coupon” box on the shopping cart page. Or you can order via Amazon UK if you prefer.