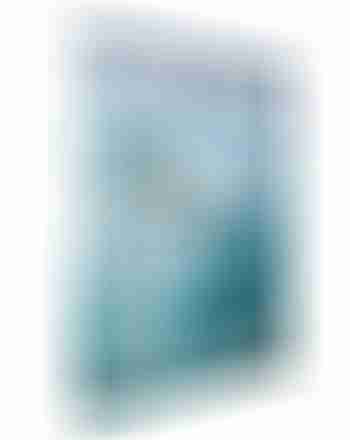 I have been uneasy about Paul Souders’s book Arctic Solitaire: A Boat, A Bay, and the Quest for the Perfect Bear ever since I finished reading it a few months ago.

But before I go on to talk more about my discomfort, I want first to congratulate Paul on his achievement. His photographs are amazing and the book is beautifully designed and laid-out. His story is gripping and he writes exceptionally well. I really wish I could be unequivocally positive about his book, but I can’t.

And, at first glance, it is easy to understand why I would be uncomfortable, since he does the classic thing that we discourage here at AAC: buys an unsuitable boat, and then heads north with little experience in ice and spends a number of seasons beating up the boat and himself, almost dying numerous times.

And I have to admit that this aspect of his story did cause me a lot of stress. Though I’ve never sailed in Hudson Bay (Kangiqsualuk ilua in Inuktituk), I have spent a good bit of time in the Arctic, usually in a state of hyper-vigilance, very conscious that we were on our own in a remote hostile environment and vulnerable to the consequences of any negligence or mishaps.

Paul, on the other hand, took numerous risks, anchoring in open roadsteads or passaging in weather too heavy for his 22-foot motorboat, entering ice too thick for a fibreglass non-ice-strengthened boat, and approaching polar bears and other wildlife too closely (not only risking his own safety but also potentially causing stress to the animal), on a quest to make

…the best polar bear images ever shot in the 150-year history of photography.

And it does seem that our society loves this sort of “adventurous” behaviour, way more than the research-based, safety-oriented approach that we apply to boating here at AAC. You only have to look at the number of people who follow YouTube videos of newbie mariners crashing around the Caribbean (usually scantily clad and young and beautiful) compared to the number who subscribe to AAC or Practical Sailor. It’s disheartening, to say the least (and not only because I know I can’t compete in the scantily clad and young and beautiful stakes!).

But there’s a more complicated aspect to my discomfort with Paul’s book that was clarified just recently, when I read “Where Not to Travel in 2019, or Ever” by Kate Harris, in the March 2019 edition of The Walrus.

In the article, Kate, an adventurer herself, reacts to the story of John Allen Chau, who approached an isolated Indigenous tribe despite their protestations that they didn’t want contact. When he wouldn’t leave, they killed him.

But, instead of treating Chau’s actions as a crime (the willful introduction of harmful germs into a population without the antibodies to fight them is a crime), many voices in the adventuring community lauded him as the epitome of a “true adventurer”.

Kate reacts to that interpretation of Chau’s actions by writing,

…what is…missing from this scenario is consent. In its place is a sense of entitlement as extreme as it is commonplace…he was just another person who believed that the world was his to do whatever he wanted in and with…

She continues on to suggest that, instead of approaching travel with a sense of entitlement and the belief that we should be able to go where we want when we want,

…how can we foster an ethic of restraint and reverence and the sort of curiosity not secretly convinced of its own superiority?

And this is what resonated for me in regards to Paul’s story, though, let me hasten to add, I don’t in any way want to suggest that Paul acted as egregiously as Chau did.

The area north of Churchill, where Paul spent most of the time chronicled in his book, is populated by Inuit, who hunt and trap, and whose lifestyle has been repeatedly attacked by Greenpeace and other such anti-hunting groups.

Since Paul didn’t introduce himself to the local hunter’s association or any other officials, and he was running around in their hunting grounds in a small boat taking pictures and flying drones, a number of Inuit assumed that his

…motoring around the Bay these last few years was clearly part of a secret anti-hunting campaign to frighten off the seals, belugas, and narwhals with underwater sonar…

and they expressed their displeasure.

And, though Paul does make an attempt to see the situation from the Inuit’s perspective, overall, in my opinion, his writeup was a justification of his right to “do whatever he wanted” and not an apology for mishandling his foray into their place. In fact, he remained in the hunting grounds and continued with his previous activities after this tense altercation.

And so I can only wonder, if Paul had visited with the goal of making a “respectful pilgrimage”, as Kate calls it, instead of with the goal to make the best polar bear photographs, though that could still be one aim of the voyage, would things have turned out differently?

At the end of his last season in Kangiqsualuk ilua, feeling that he had not achieved what he hoped to, despite the risks he took, Paul quotes Robert Browning to console himself,

A man’s reach should exceed his grasp, Or what’s a heaven for?

As Kate Harris writes in response to this quotation,

…[h]eaven, in this case, symbolizes noble striving at best or tragic overreaching at worst, and history is full of…casual tourists crossing lines they shouldn’t have crossed to reach it [heaven] themselves or to impose it on others.

But exactly where are those lines Kate writes about? Paul feels that his actions are justified in that he

…did my best to tell the story of one of the last wild places on Earth, a difficult land that I had grown to love.

The Inuit, though I can’t speak for them, may very well feel that they should be the ones to tell the story of their place, or at least to be consulted when someone else attempts to do so.

And, closer to home, what lines have John and I crossed in our voyaging? It’s hard to know. We have tried to be respectful of the cultures where we travel, but the damaging truth about entitlement is that its consequences are usually invisible to those who exhibit it.

A sincere thank you, Paul, for giving us a copy of your book (sorry I was so harsh). And thank you, Kate, for your advice on how to voyage more responsibly.

Has anyone else read Paul’s book? Please share what you thought in a comment. I would also be interested to read what you have to say about responsible voyaging.