In this chapter I’m going to look at some of the options that we considered to solve the dangerous problem of wave strikes while heaved-to that I described in the last chapter, and then describe what we did do.

What We Didn’t Do

But let’s start with what we didn’t do: 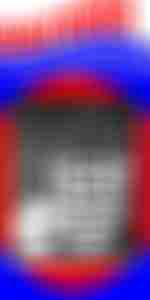 I did briefly consider running off towing the Galerider drogue that we have carried for years; however, we had stopped sailing earlier because even our massive autopilot was no longer able to handle the loads and, while the autopilot might have handled steering while dragging the drogue, I had recently heard from two friends who had Galeriders pull out of a wave face, resulting in their boats rapidly accelerating—a very dangerous occurrence that, in the conditions we were experiencing, could have led to a bad broach or even a roll over, particularly if the boat was being steered by the autopilot. All in all, this option failed all five of our goals.

Lying to a Sea Anchor

At the time, we were carrying a 24-ft (7 m) diameter PARA-TECH sea anchor that we had bought in case we were dismasted or some other damage made it impossible to heave-to. I considered using it but was loath to do so because the deployment process required setting it on 600-ft (183 m) of 7/8″ (22 m) line as well as a trip line with three fenders on it; way more complicated and fraught with opportunities to get hurt than I was comfortable with in the very rough conditions.

I was also skeptical about our ability to retrieve this massive sea anchor and its associated gear, which would weigh several hundred pounds when wet, at the end of the blow. I know you are supposed to just pick up the trip line and pull it in, but the thought of trying to haul the boat upwind to, or motor up to, the trip buoys and snag them with a boat hook in the left-over sea after the blow, was an evolution so full of opportunities for disaster that it gave me the horrors.

We had bought the sea anchor with an awareness of the retrieval problem and were willing to accept that, since we felt that it was the best technology at the time. Assuming that it had done its job in a true survival storm, the loss of several thousand dollars worth of gear, if we had to cut it away, would be an acceptable price to pay. However, in this case, although the wave strike had been violent, we did not feel that the conditions were actually threatening our survival.

So, with the deployment challenges, together with reports that said that lying to a sea anchor in big breaking seas can result in violent yawing and pitching, this option failed two of our goals, at least.

We got rid of the sea anchor some years later and do not recommend them.

At the time, we were set up to use the sea anchor discussed above with the “Pardey Bridle”, a method for deploying a sea anchor while remaining heaved-to with sail up, pioneered by Lin and Larry Pardey.

I think this technique would have removed the wave strike danger without the yawing and attendant violent motion problem of the sea anchor alone. Also, if I had fully understood their method at the time, I would have bought a much smaller sea anchor than that recommended by the manufacturer and perhaps lighter gear, making deployment and retrieval easier.

Having said that, I would guess that Lin and Larry’s boat weighs less than half what Morgan’s Cloud does, making the loads a great deal smaller and deployment much easier for them.

Although we did not try it then, because of the deployment and retrieval problem, I think the “Pardey Bridle” technique, discussed in Lin and Larry’s Storm Tactics book, makes a great deal of sense.

I would also strongly recommend that anyone who goes, or is planning to go, to sea in a sailboat read the section of their book on the dangers of running off in heavy weather. I had long been uncomfortable with running off, but it was Lin and Larry’s book that really clarified and confirmed my thinking on the matter.

That said, I now believe that for most of us a Series Drogue  as designed by Don Jordan, is a better option.

What We Did Do

OK, all of that covers what we didn’t do. Now let’s look at what we did do.

Having watched Morgan’s Cloud’s behaviour for a while after the wave strike, I realized that all we needed to do to solve the problem was to slow her down just a bit and keep her bow just a bit up to windward. More drastic measures like our huge sea anchor really weren’t called for.

While still heaved-to, I shackled 250 ft (76 m) of 7/8” (22 m) nylon line to our Galerider drogue and then struggled forward dragging the substantial weight of gear behind me. After passing the bitter end through our well-rounded bow fairlead, I cleated it off and then slid the Galerider down the windward side of the hull some 10 ft (3 m) aft of the bow (I did not want the drogue blowing off to leeward where the boat could reach over it) and into the water.

This was surprisingly easy to do with the wind holding the drogue against the hull. Once the drogue was immersed, the boat slowly forereached away from it while I paid out the line. There was none of the high loads or fast run-out of the line that you get with a drogue deployment over the stern when running off.

As soon as all the line paid out, the result was immediate and miraculous. The boat slowed to a virtual standstill from the 1 to 2 knots she had been making and the bow no longer fell off to leeward when a gust hit after a lull. We lay heaved-to like this for 18 hours very comfortably with no further wave strikes.

The great thing about this drogue technique is that, unlike with sea anchors, the loads are very low. The rode was quite often slack and I would estimate the highest load as lower than what you would get on an anchor rode in a 15 knot breeze. In fact, the gear could have been much lighter than I actually used, or what would be required for a sea anchor on a boat our size. (Morgan’s Cloud displaces 26 tons.)

In the morning I was occasionally able to see the drogue in a wave face to windward. Despite it only being set on 250 ft (76 m) of line, the Galerider showed no signs of pulling out of a wave face or being tumbled. Again, I think the secret here is that the low loads on the drogue allowed it to sink well into the water thereby reducing that danger.

When the wind started to ease, we easily recovered the drogue, using the anchor windlass. Even though it was still blowing near gale, I would estimate that the load on the windlass was less than that when pulling up our anchor and chain on a calm day, because the boat was still heaved-to and we were not trying to sail away from the drogue. 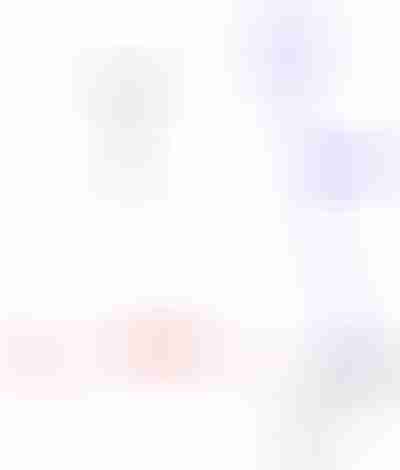 It is important to understand that although the goal and result of this use of the Galerider are the same as Lin and Larry Pardey’s technique of setting a sea anchor on a bridle while heaved-to, the positioning and deployment of the drag device is very different. In our case the drogue ended up to windward and slightly aft of the boat with the rode making an angle of about 130 degrees to the bow and there was only one line to rig, instead of two.

There are a couple of cautions with this technique:

Another Tool in The Kit

Since that day in early 2000 we have not had occasion to use this technique again, but it is really comforting to have it in our back pocket. By using the Galerider in this way, I’m confident that we can stay heaved-to safely in sustained gale force winds.

Obviously, I can’t guarantee that this technique will work for you to stop your boat fore-reaching out of her own protective slick, but the fact that just adding a little drag worked so well for us should give you a starting point to devise your own solution.

But what happens if it blows even harder and the waves get truly mountainous and breaking? What would we do if heaving-to, even with the drogue, stops working?

Next: Determining When Heaving-To Is Dangerous

Previous: When Heaving-To Is Dangerous