Last weekend, after a long day updating the software that runs this website and other general AAC housekeeping chores, I grabbed my all time favourite camera and headed over to Lunenburg for a wander around. As usual there were plenty of interesting boats to look at and the early summer long evening light was lovely.

The black fishing boat above is a scalloper, in to unload. One of the few commercial fishing vessels still working out of Lunenburg.

I was talking to a local guy the other day who was telling me how tough you have to be to work on one of these boats. Not many people can take standing for hours shucking. Try and open just one scallop and then imagine doing that for several days at sea and getting paid piece work for it. 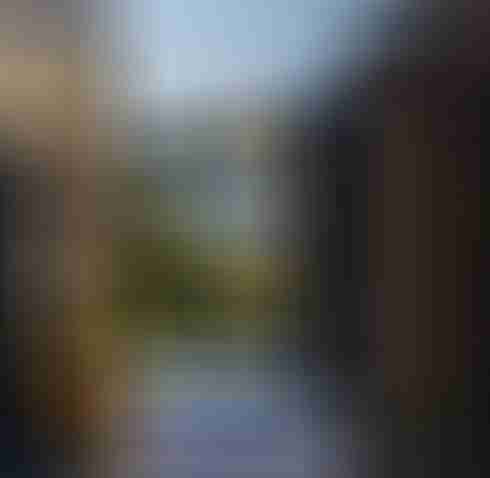 The memorial to the hundreds of local fisherman that lost their lives at sea over the years. 1926 was a particularly tragic year when several dory schooners got caught off Sable Island by a hurricane—no long range forecasts then. 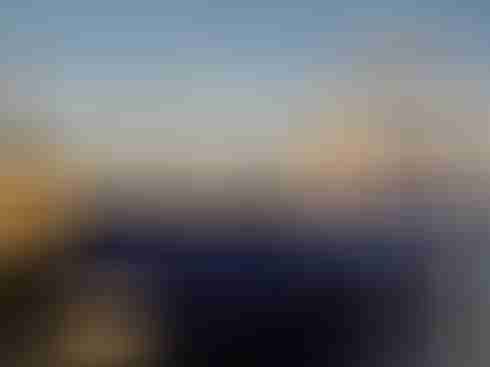 Not sure what the story is here. (If you know, please leave a comment.) This old dragger, the Cape Chidley (northernmost point of Labrador), was tied up here for many years but now she has been painted and it looks as if someone has plans. Make quite a high latitude expedition yacht…if you can afford the fuel. 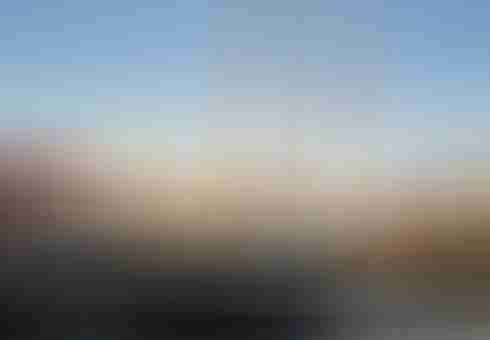 A good looking Hereshoff schooner named Mistral, flying the German flag, with a locally built dory alongside, was in. She’s for sale if you’re interested. Looks like someone will get a much loved, and lovingly cared for, boat. 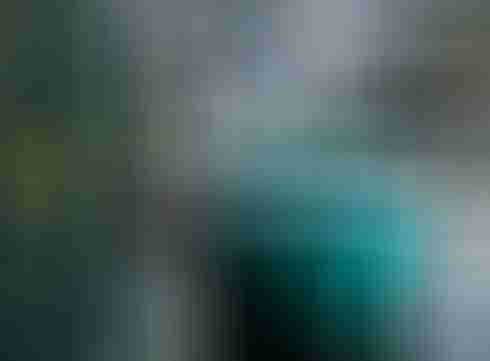 It was the evening of the last day of the Lobster season and this boat was in to unload pots. The season here runs from late November to the end of May. Yes, that’s winter-North Atlantic. Did I mention that Nova Scotia fishermen are tough? 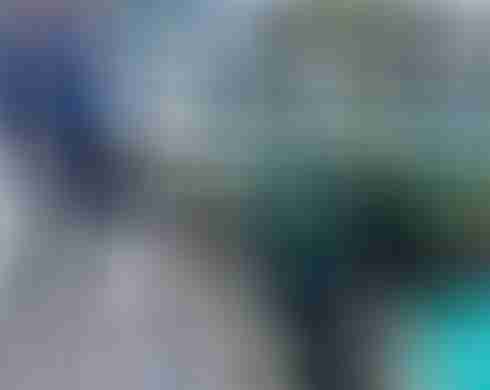 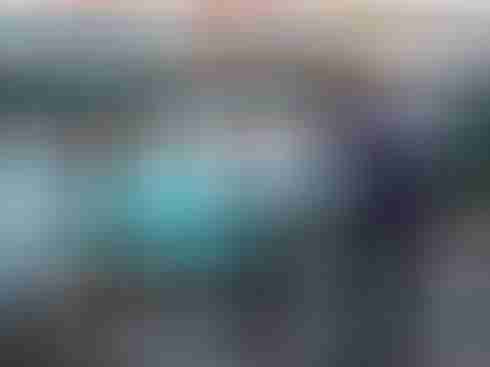 Each of those pots weighs about 70 pounds. Try unloading 400 of them after a long day. 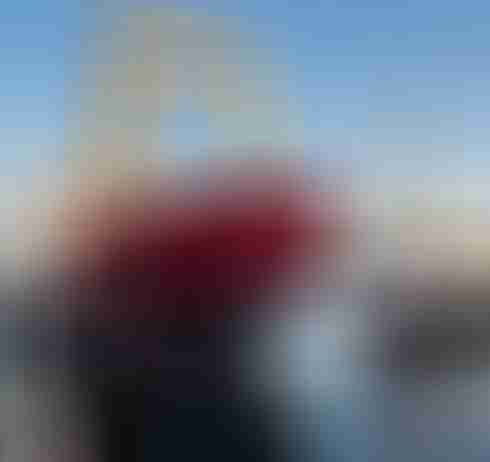 This old Canadian Coast Guard ice breaker lay alongside the Old Railway Wharf for years slowly deteriorating and looking rather sad. But now she is all painted up and it seems things are happening—good to see.

The boat on the right is an old trawler that has been, over the years, slowly converted to a motor sailor and is intended to be used as a trading vessel in the Cook Islands. Not sure what I think about that. 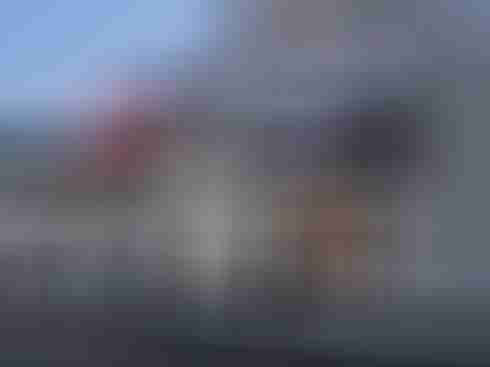 Not sure how this happened in a UNESCO World Heritage site. Just opened at the entrance to town. Oh well, you can’t see it from the waterfront and they did put up a welcome sign. 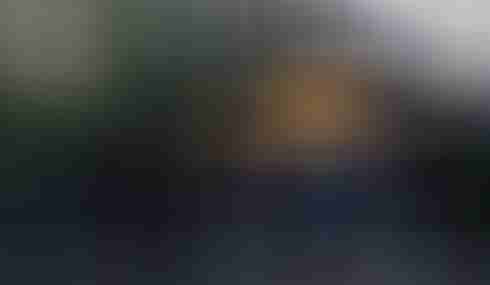 An evening walk can build a powerful thirst. 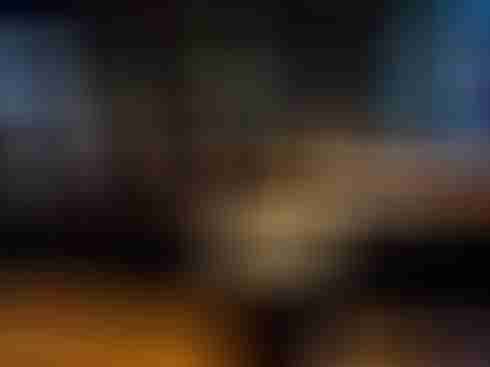 After I left the pub the sun had set. 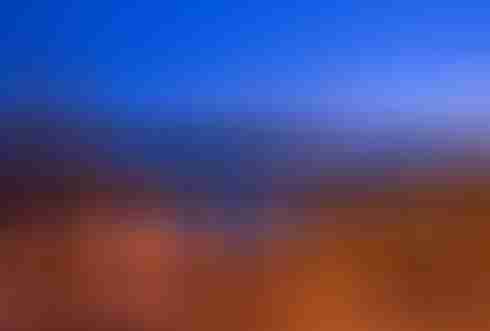 And the moon had risen. That’s the schooner Bluenose II.

That’s a little taste of Lunenburg (here’s another), just a few minutes away from our Base Camp, and just a two day sail from Maine. Heck, if you know how to plan it, you can even day sail here, in a pleasant week or so. Come visit, you will like Lunenburg, I promise.

And cruising Nova Scotia? Well, think Maine 50 years ago, before the crowds came and without the lobster pot buoys (now the season’s over).

Next: Cub Basin, Nova Scotia—So Close And Yet So Far

Hi John, you deserve a walk in the park after all that work. Like many others I like your last post about the loose keels. I can tell you that Europe is filled with sailboats that has such problems. My wife has forbidden me to sail on such boats after some accidents. Sometimes it is better to go to the museum than sailing with a week keel. I suppose that none of the traditional boats you show us has that problem. And Bluenose is one of my favorites. A rather old construction, but fast. That beer looks nice also.
Have nice summer, Svein

Great story and photos. Had a chance to take a car trip to Lunenburg and Capr Breton last year-terrific,plan to return via cruise.

Loved your photos and text. I’ve been meaning to come to Nova Scotia for some tome. I write for a number of boating magazines here in the US and did a piece on Nova Scotia boatbuilders several years ago for PassageMaker Magazine. I had so much fun on the phone and through emails getting to know some of the builders, I just have to get there. Your post here has rekindled the flame.

Thanks for the story and photos! As a newbie, what are some of your favorite higher latitude destinations?

See this page for our voyages and this Online Book for some thoughts on the High Latitudes.

Hi John,
Love this posting. I lived in Nova Scotia for 2 years in the early 80’s and loved it. One of my favourite places to visit was Lunenburg. Thank you so much for your wonderful photos to bring back lots of memories.

We lived on Indian Point Road (just in from the village of Tantallon) on St. Margaret’s Bay (rented Kaiser’s cottage). I have such fond memories of our time in Nova Scotia. Although we did not have a boat there a friend did so we sailed out of Chester’s Bay and also Bedford Basin. Fun times!!

May I ask where you live? (we now live in Calgary… and own TWO sailboat- one Pacific Seacraft 37 currently moored in South Africa awaiting our return and the other is a recently purchased BCC28 moored in Sidney, B.C.. How’s that for catching up on lost sailing time?).

Nice pictural of Lunenburg, i manage to visit-it. Twice a Year as m’y son and his lovely family live near by.