Having caught up on some rest at peaceful McNutt’s Island, it was time to load up on supplies and settle down to a season’s cruising.

As just up the inlet lies the historic town of Shelburne, we had a perfect opportunity to refuel and replenish right on our doorstep, so early one morning we made tracks up to the town, picking up a mooring off the super-friendly Shelburne Harbour Yacht Club.

Many of the buildings on the waterfront date back to the late 1700’s when the town was a loyalist stronghold. A number of these have been preserved as museum buildings that give an insight into the life, times, and commerce of the town. 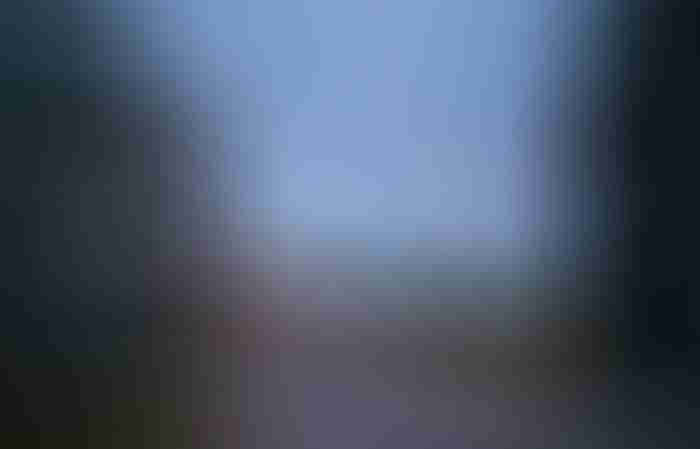 It’s a handsome, tranquil, leafy enclave which, far from being preserved in aspic, remains a fully functioning town with a wide range of services. There’s also an excellent restaurant tucked away in a side street where, feeling flush for once, we savoured a fine meal.

And at the yacht club we enjoyed meeting the local members and the crews of other visiting yachts from Britain, Sweden and Iceland. The club is the first stop in the province for taking on fuel alongside, and so attracts a lot of first-time visitors arriving from the south—yet another good reason to include Shelburne in your itinerary.

Down at the extensive government pier lay a sizeable and impressive oil rig support vessel, but what caught my eye was the aging, blackened hulk on the inside of the wharf. When puttering by in the dinghy, the name on the bow, Farley Mowat, caught my eye and triggered my memory:

This was the old Norwegian fisheries research trawler bought by the controversial Sea Shepherd Conservation Society to be used as their flagship vessel, named after their one-time International Chairman and benefactor, Canadian writer Farley Mowat.

In 2008 the ship was seized by Canadian authorities for approaching too close to the annual seal hunt, since when it has been all downhill for this once proud vessel.

Sold on two occasions to help pay off accrued berthing fees amounting to hundreds of thousands of Canadian dollars, towed from one reluctant harbour authority to another, stripped of everything of value, trouble has continued to dog the old ship.

In 2015 she (perhaps predictably) sank at her berth in Shelburne and had to be raised and have 2,000 litres of pollutants pumped out of her—at yet more cost. Still mired in legal issues over monies owed and responsibility for her future, she is now clearly way beyond repair, but remains a costly eyesore on the Shelburne waterfront.

It might be hard to see it now but she was once a fine ship, ice-strengthened and built to face the worst the high North Atlantic could throw at her. On the day she was launched there would have been flags and champagne and happy families celebrating a bright future for her and those who sailed in her.

Now all that awaits is the final coup de grace of the cutting torch, and it seems a desperate shame that some more positive use couldn’t have been found for her or for all of the money that was wasted long before she reached her current state.

Out Into The Murk 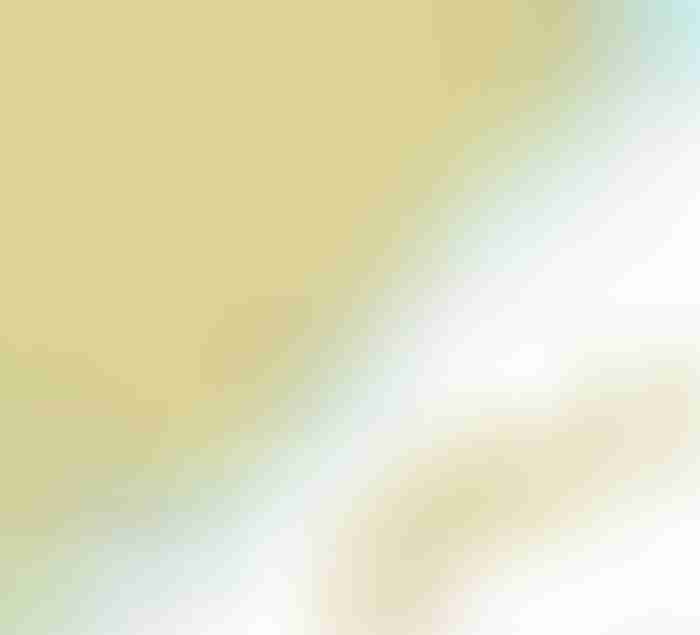 Although the sun was shining brightly the morning we left Shelburne, we weren’t fooled that we’d escaped the fog. We know that it’s often the case that the visibility is perfect up such a long inlet but down at the entrance you won’t be able to see your hand in front of your face. And so it was.

But you won’t get far if you hang around here waiting for a clear day this early in the season and, as we’re used to such limited visibility, we weren’t turning back. So we checked the radar and the AIS and off we went towards Port Mouton to the east. 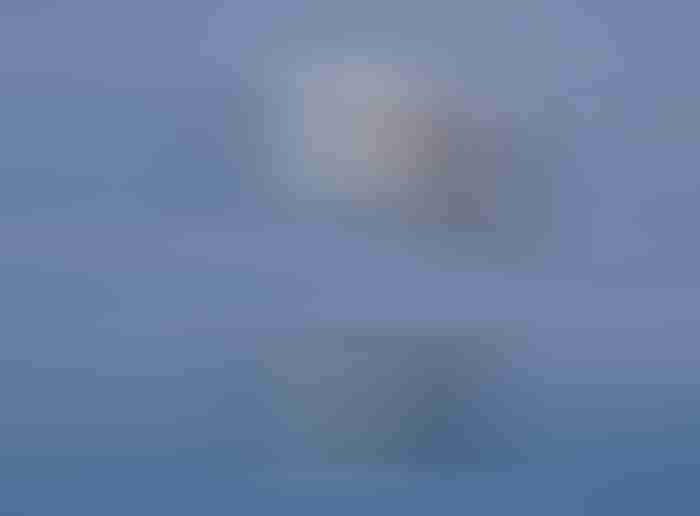 Fog is often accompanied by wind in these latitudes, and we were enjoying a fresh breeze as we sped along the coast, keeping well away from any dangers close inshore. As far as we could see the only living things out on the water were a few shearwaters and fulmars; ghostly presences that occasionally swooped into our cocoon-like aura.

By the time we reached the approaches to Port Mouton, our eyes were beginning to feel the strain of staring into the radar all day, and we were looking forward to getting in and our anchor down.

But we figured that we still faced a long, slow slog to reach our preferred anchorage off Carters Beach, as the pilot book spoke of small fishing vessels in and around the entrance. However, by the time we were halfway up the channel, the sun appeared over our heads, and moments later we sailed out of the tunnel of fog into a bright, clear day. Perfect!

Wiped out from a tiring passage, we simply dropped the hook off the first inviting looking beach and settled down for the night, well off the route of any fishing vessels heading in to Port Mouton further up the inlet. Enveloped in total peace we slept the sleep of the dead.

In the morning, though, we were troubled to find that there was a small car park at the head of the beach, a tiny blemish that marred our otherwise perfect view. That certainly wouldn’t do, so we upped our anchor and headed around the corner into the next bay.

The Joy Of Discovery

Lou and I have been spoilt, having spent so much time sailing in the glories of Scotland. This has made us somewhat picky when appraising anchorages: Is it as spectacular as Mingulay, as snug as Wizard Pool, or as wild and elemental as Loch Scavaig?

All of which makes it very hard for other places to measure up, let alone meet such high standards—it’s probably not the smartest thing to do. But as the only boat in the anchorage on a beautiful sunlit morning, without a soul on the beach or the noise of any infernal combustion engine to disturb the peace, we had to agree that Carters Beach compared very favourably indeed with some of our all-time favourites.

This is the sort of place that makes you unwilling to start the outboard motor, so out came the paddles and ashore we went.

I suspect there’s a little of Captain Cook in all of us who go long distance cruising, and the discovery of such a pristine spot always hits the mark in a special way, allowing us the illusion of being the first to set foot on a deserted and undiscovered shore. After so long in ‘civilization’ it makes for a magical, memorable, fun moment in any cruise.

This was no exception. Clear blue water lapped against a white sand beach, backed by a flower-filled dune system, fronting forest and an idyllic small wetland area.

Of course, the fantasy couldn’t last long. Other seekers after peace and solitude, hikers and kayakers, ‘discovered’ the beach too, but fortunately the special nature of the place worked its soothing magic and kept us all on our best behaviour.

So we passed three wonderful days and nights in perfect conditions, exploring and enjoying the company of watchful seals that swam stealthily by, peering at the strange metal interloper that had taken up residence in their bay.

We’d traveled a long way to find such a place and were determined to enjoy every moment of it—and we did.

If You Have To Move…

We find that the ideal comedown to preserve such a perfect moment is to immerse yourself in the opposite—a bright and busy place. Fortunately for us, Lunenburg was right around the corner to meet that need, so when we finally, reluctantly, left Carters Beach, that’s where we headed.

We’re normally more than a little ambivalent about ‘must-see’ places, which we often find trade off their reputation and get their pricing policy out of the “Gouger’s Handbook”.

We’re also more than a little cagey about picking up moorings in strange places, as the owner’s boundless optimism about the holding capacity of a modest concrete block will not always withstand the acid test of 15 tonnes of aluminum snatching away at it like a bull terrier when the wind gets up. Given the choice we’ll always anchor.

With several days of fresh winds forecast we were disappointed to find that, as in so many other popular places, all of the best spots to anchor were now occupied with moorings. Fortunately we managed to secure a mooring with a good pedigree from a local boatyard, which allowed us to go ashore in a relaxed mood to explore the town.

Looked at from the mooring, Lunenburg reminded us a lot of our home port of Falmouth in Cornwall: The waterfront; the colourful houses rising up the hills; the restaurants, bars and quirky shops ashore. Also like Falmouth, Lunenburg has a terrific maritime museum, not to be missed.

And, of course, Lunenburg is famous for wooden boats, for this is an area where the saw and the adze still hold sway over the resin pot and the welding kit. Looking around the harbour at schooners and gaff rigs made us feel right at home.

When the lovely Bluenose II returned to her berth after a cruise up the coast, all eyes were upon her. I sometimes wonder whether non-sailing onlookers realise that such a perfect blend of form and function came together in a vessel designed for use in the dirty, hard and sometimes deadly trade of the Grand Banks cod fishery, not as a gentleman’s summer plaything.

Or, that far from being the lucky accident of some draughtsman’s pencil, she was born of centuries of finely-honed craftsmen’s skills that combined to make practical, working art that best suited the tough sea conditions of the area.

That we restore, rebuild, and maintain such vessels for modern generations to see is not only a fitting tribute to the generations of those who created and worked them, but also in recognition that they represent a whole range of skills that we have come perilously close to losing altogether.

Who knows but one day we may need these skills again.

Next: Lunenburg, Nova Scotia—In Our Own Backyard

Previous: The LaHave Islands, Nova Scotia—There’s Exploring To Do There