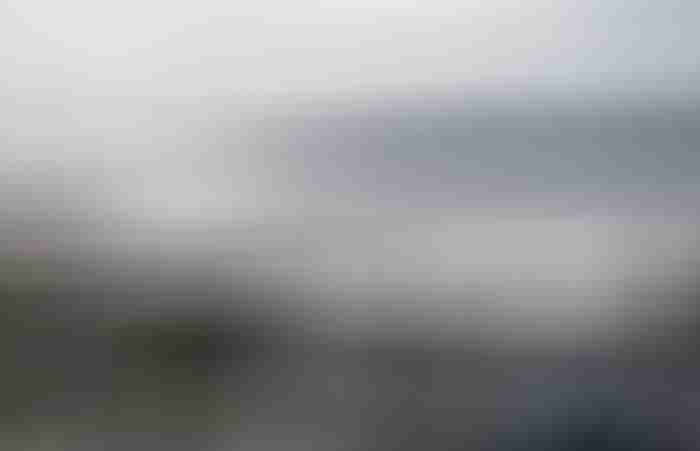 A few years ago I wrote about the beautiful evening we spent anchored in the bight at Cape Negro Island. I ended the post with our intention to return someday to walk to the lighthouse located at the east end of the South Island (locals refer to the two lobes of Cape Negro Island as South Island and North Island, even though they are connected by a spit that’s just awash at high water springs).

Well, that day finally arrived this past September, during a period of unusually benign weather that allowed us to do some fun exploring on Nova Scotia’s Southwestern Shore.

A Change of Plans 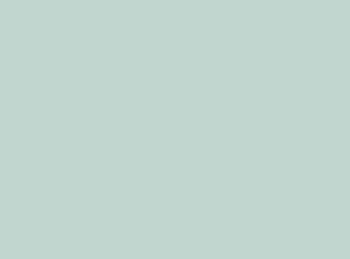 Actually, our initial plan was to carry on around Cape Sable to do some cruising on the west side of Nova Scotia, an area largely ignored by visiting sailors due to its big tides and challenging pilotage.

So as to catch the tide round Cape Sable early in the morning, we felt our way into a new-to-us, surprisingly roomy anchorage behind Big Island in the Clyde River, just five miles from the Cape.

But hurricanes swanning around off the southeast US coast—that might potentially head our way and strand us on the wrong side of Cape Sable from our hurricane mooring—and spring tides—which make exploring the mouth of the Bay of Fundy even more difficult—caused us to scrap that plan at the last moment.

However, our passage west wasn’t wasted, as we realized that it was also a perfect opportunity to walk to the lighthouse on Cape Negro Island, located just 5 nm southeast of the Big Island anchorage.

Google Earth (a fabulous tool when searching for hiking trails) seemed to show a path leading from the anchorage to the lighthouse and so, after steaming down the river and anchoring in the bight at Cape Negro Island, we got ready to head for shore.

While we were sitting in the cockpit, upping our caffeine level with one last cup of tea, three sea-dos came roaring into the beach, offloading passengers from Ingomar, a harbour just across the river. Trailing behind them, an open motorboat slowly lumbered in, disgorging a dog, a few children, an adult or two, and a pile of supplies (did you ever see the documentary film, Nanook of the North? Well, it was kind of like that).

After tying all four craft to a heavy lobster pot hauled up on the beach, and letting them drift out on the undertow, they quickly erected a small tent, set up lawn chairs and coolers, and dog and children were soon paddling in the waves.

With satisfactorily high caffeine levels, John and I motored the dinghy into the beach, anchored it off, and started walking towards where we thought the path to the light originated. Looking back, we saw three people from the crowd on the beach walking our way.

When they caught up to us, we started chatting, only to learn that Sheldon and his family were on their yearly pilgrimage to the light. His father had been the lighthouse keeper until automation in the early 1970s. In fact, he was working at the light on the day Sheldon was born in 1966.

Don’t you agree that “coincidence” seems too frail a word for confluences like this?

In the day, Sheldon told us, there was a fish plant, a hotel, two restaurants, and a thriving community surrounding the bight. Then, when the desire for the benefits of mainland living got too strong, the inhabitants dismantled their houses and moved the whole kit and caboodle across the river mouth to Ingomar.

But their connection to Cape Negro Island hasn’t completely died. Sheldon’s face lit up as he talked about various high spots on the island:

While John stopped to take pictures of a man raking rockweed into an open boat in amongst the ledges, Sheldon gave me directions on how to get to the light.

Apparently, the direct path shown on Google Earth is overgrown by “tuckamore”—waist-high growth that’ll stop you short if you try and push through it. So he gets to the light by walking around the shore, and then he returns on a trail used by hunters, that runs back to the anchorage from some cabins on the shore just east of the light. (John and I would still be struggling to get through the tuckamore if we hadn’t met Sheldon!) 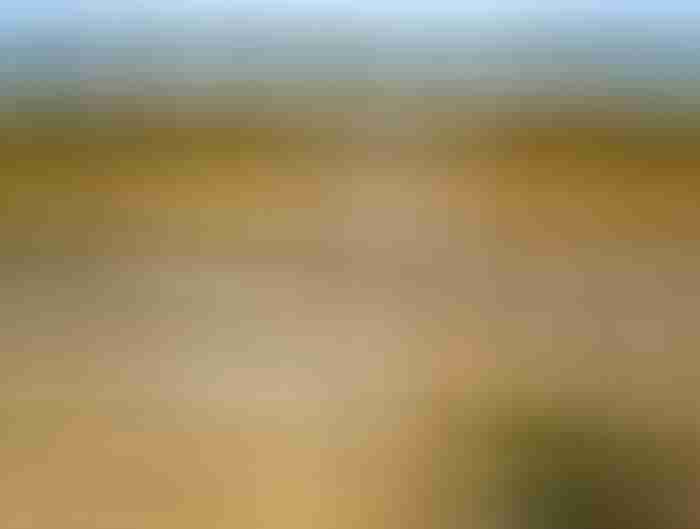 Following a ways behind Sheldon and his family, we edged between the shore and the tuckamore, sometimes teetering over piles of boulders and other times working our way along narrow trails etched into the sheep-mowed grass, with said sheep careening wildly in all directions as we approached. 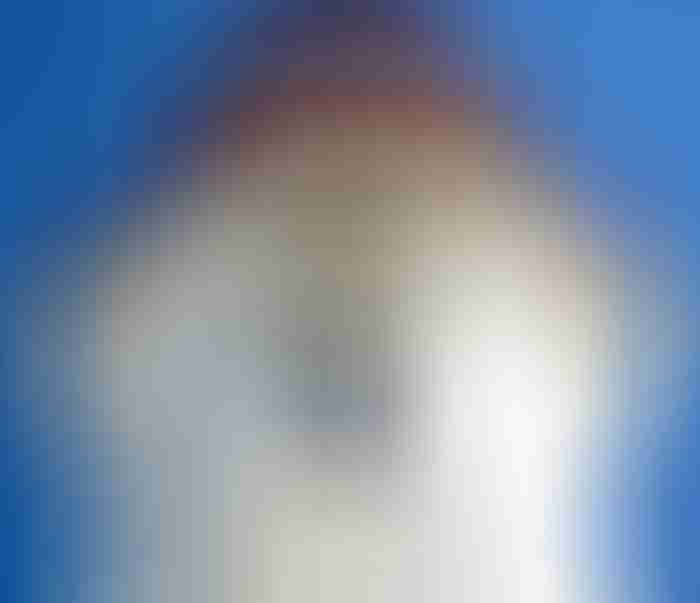 As we rounded the tip of the island, we could see the light towering above the tuckamore. What a comfort the light and how important the fog horn must have been in the days before GPS and chart plotters. Now the cement is dirty and crumbling, the windows are shattered, the metal stairs are rusting, the doors are locked, the generators are silent, and the light is dark. 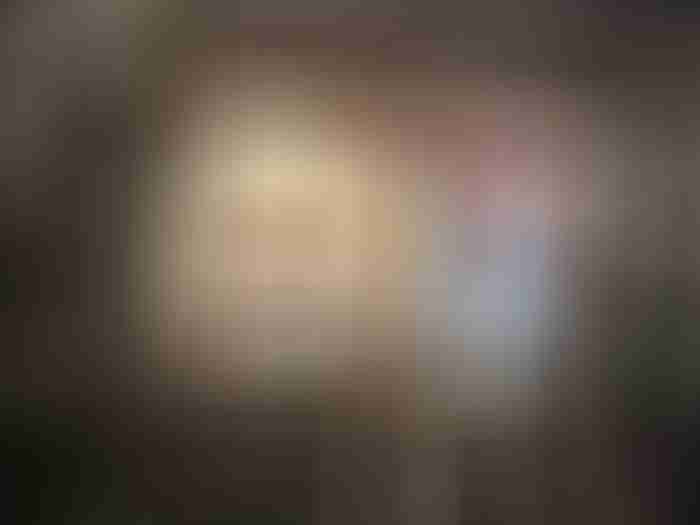 We crawled through a broken window on the ground floor and climbed three rusty but still secure (for now) ladders to the top of the tower (please don’t report us to the Canadian Coast Guard!), where we could see a line of lights running off into the distance in both directions: Cape Roseway on McNutt’s Island to the east; the Savages, Baccaro Point, and as far as Cape Sable to the west. Soon they will all be gone, victims of the seemingly inexorable tide of technology. 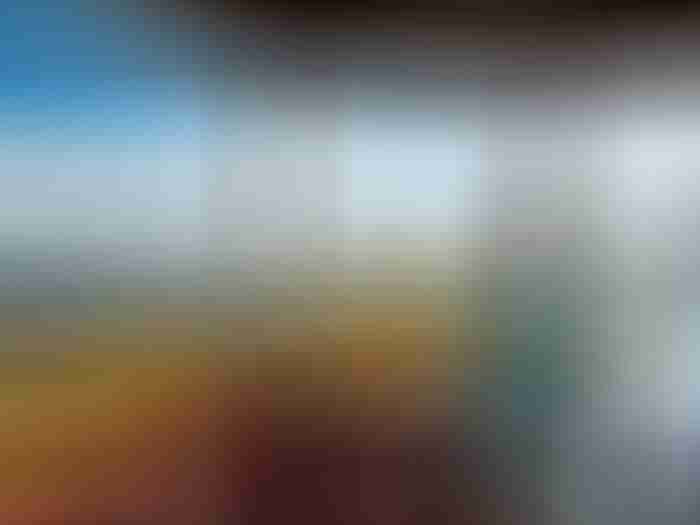 After taking pictures and enjoying the fabulous view, we climbed down the ladders, scrambled out through the broken window, and followed Sheldon’s directions back to the anchorage.

John and I consider ourselves fortunate to have visited the light before it is gone, and to have received a small glimpse, thanks to our fortuitous encounter with Sheldon, of what life was like on Cape Negro Island “in the day”.

Next: The LaHave Islands, Nova Scotia—There’s Exploring To Do There