When we built Pèlerin we were determined to stick to the KISS principle—Keep It Simple Stupid. That included our determination to keep her a 12-Volt boat. We didn’t want the cost, weight and complication of a built-in generator, although this did cut us off from some things that we would have liked such as a microwave.

But you can’t have everything, and in our view we have an acceptable compromise, and I can assure you we don’t lead a hair shirt existence on board. And please bear in mind that ours is a live aboard boat—we have to live with the consequences of our choices every day. We have chosen our way of life—others may differ…

We started by building in a big battery bank (6 x 95 = 570ah) of only good quality lead/acid batteries. We replaced these during 2013 in Brazil, after 5 years of constant use living aboard, and even then they weren’t dead, just past their best. And we hardly ever run the engine to charge the batteries, and motor as little as possible when on passage as I’m almost allergic to it after so many years of working on boats where you spend an inordinate amount of time motoring to keep to deadlines.

We invested in solar and wind, a powerful alternator (110 amp) on the main engine, and a back-up petrol generator for emergency use. This set-up has never failed us, although on passage we are short of charging power when the wind goes aft of the beam and our wind generator slows down as a result. This is particularly true at night, when we have navigation lights and instruments on and the solar panels are of no use.

The NAPS solar panels (90 w total) on the arch can be articulated and continue to work well, but the two 45 W Sunware semi-flexible panels that we glued to the deck had begun to delaminate before our Atlantic crossing to Brazil in 2012, and have now both been consigned to the dumpster.

Not good when you consider that they were less than five years old when they began to fail, had been mounted in a sheltered position where they were unlikely to be damaged, and cost nearly £1000 (US $1500) for the pair.

At the moment we haven’t decided what we shall replace them with, although we like the look of the high output Solbian SP panels, but we’re naturally wary after our less than stellar experience with the Sunware flexible panels. But we certainly miss their output, and have a noticeable shortfall in their absence.

The wind generator we installed was the Superwind, a choice we’ve never regretted. After changing the blades to the factory upgraded ‘silent’ models, it’s been a quiet, powerful and utterly reliable unit, definitely one of the best pieces of equipment on the boat.

During our Atlantic crossing we were close reaching for nearly a week in the SE trades and never ran the engine once thanks to the Superwind that did most of the work of charging the batteries with only a little help from the solar panels. We were even able to make water from wind—that’s performance worth having.

Our determination to stay with 12 volts also dictated the choice of watermaker, and we installed an absolutely basic Spectra Ventura 150, a model that has no electrical complication, bar the feed pump. This has performed flawlessly until this year, when one of the O rings that seal the check valves cracked and developed a leak.

We carry a complete spares kit with all O rings, etc., but I checked with Spectra and they steered me to the very helpful people at Watermaker Services (as we were in Antigua), who confirmed my diagnosis and told me that there were now improved Viton O rings available and sorted me out with a full set at little expense.

As we installed the watermaker ourselves in our aft services cabin so that we can get to it easily, two hours later it was out, repaired, reinstalled and running again. But I suspect that once one set of O rings goes, others will soon follow, and given the age of the unit and the amount of use it has had we’ll soon end up rebuilding it.

DC watermakers often get bad press, but in my experience most of the problems can be put down to poor installation—inadequate cabling, too far from the batteries, difficult access for maintenance, etc.; lack of servicing; and an over-reliance on gizmology—all of the wonder add-ons that promise to do it all for you (but seldom do).

I check the water quality every time I run the unit, flush after every usage, check and change the filters regularly, and store it properly every time we leave the boat.

Being able to get to the unit makes all of this easy, and performing daily checks allows any fault to be identified well in advance of it becoming serious. Remember the old adage: ‘If a job’s easy, you’ll do it’. Sadly, it’s becoming more difficult to buy such a basic unit, as all of the manufacturers seem to want to offer more dubious ‘convenience’ features to out-do the competition. It’s no longer possible, for example, to buy the very basic Spectra model we have. I think this is a backward step, and wish they would stick to simple models, or at least offer them as an option.

In fairness, Spectra have been faultless in all my dealings with them, and offer excellent customer support via their website, and I have no complaint with their product.

I understand that in January of this year Spectra were sold to Katadyn, Swiss manufacturers of watermakers, and one of the few to still offer a really simple model range (their Power Survivor models), so it will be interesting to see what they do with their new acquisition, range wise. I also hope that the new owners have the wisdom to ensure that Spectra continue to offer the same levels of technical support.

When Pèlerin was launched in 2008 there were few legal LED navigation lights available, the sole one for our boat (>12m LOA) being the Danish Lopolight, so we installed one of their combined masthead tricolor and anchor lights. We didn’t suffer from any of the problems that others seem to have had with ours, and up until last year it was working well. But it rapidly began to fade then, and soon was far from adequate. 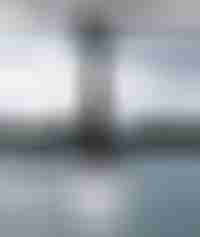 So while we looked for a suitable replacement we bought a neat little Davis Mega-Light Utility anchor light, which comes with a choice of LED or incandescent bulb. It has an internal light diode to switch itself on after dark and a decent length of cable to allow it to be suspended in the forward part of the rigging, where it can best be seen in a crowded anchorage. We use the LED bulb (surely that’s the point of having one?) and it’s bright, legal and effective, and so far has performed well.

But we prefer a masthead anchor light for remote anchorages, as we believe it is easier to see against a dark backdrop. We also prefer to use a masthead navigation light when on passage, as it is energy efficient and affects night vision less, so we wanted a replacement for the Lopolight.

We eventually opted for the Orca Green Marine unit, which also has a photodiode, to turn the light on and off automatically.  It even has a flashing option should we want to pretend we’re a hovercraft. So far we’re very pleased with it:

However, we had always wanted to change our Aqua Signal Series 41 navigation lights to LED bulbs, but as no legal versions were available at the time we didn’t bother, reasoning in any case that as we tended to only use them when motoring, what did it matter anyway, the alternator would easily cover the power required.

But I’d always had in the back of my mind the comments of a Master Mariner I knew who told me that he wished that yachts would not use masthead tricolor lights, as he said that bow and stern lights made it far easier to ‘read’ what the yacht was doing.

Last year we learned of the MAST range of LED replacement bulbs that would fit our lights, so we bought a set. In the old days most people who made the change simply bought white LED bulbs and installed those, but I had heard from several sources that these were in fact illegal as the colour was incorrect, and outside the permitted parameters.

The MAST bulbs come in red, green and white, and apparently are colour corrected, and claim to meet the regulations for vessels up to 20 m. They’re not cheap (around £49.00 in the UK) but they are super bright, the colours look right and, once again, the current draw is massively reduced. As a result we’ll certainly use them when under sail in busy areas.

Moving below, we’ve changed nearly all of our bulbs to new generation LEDs which deliver clear, bright white light with no downside at all—they are a huge improvement over earlier offerings.

So the only bulbs we have on the boat now that are incandescent are ones that we simply can’t get LED replacements for. As a result of all of the above changes we’ve substantially reduced our daily energy requirement, which in turn means less charging time.

But we have probably reached the limit of ways in which we can further reduce our daily consumption, so we still have work to do on the supply side, perhaps starting by replacing the solar panels that we’ve ditched. 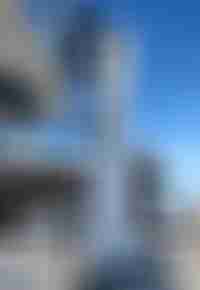 We’d love to try one of the impressive looking and powerful hydrogenerators as this would seem to be the perfect answer to our energy shortfall when on passage. (We have no space to fit a prop shaft alternator due to our engine configuration, which is a pity as it is a neat and effective solution.)

But the price is still prohibitive, and the only people we know with extensive experience of the Watt and Sea unit, report that although the output is impressive they had recurring problems with the mounting bracket cracking during their recent circumnavigation.

Alternatively, there are newish offerings from innovative company Swi-Tec and SAVE Marine, or the established Eclectic Energy unit. None of them are cheap, especially once you add in ancillaries, regulators, etc. Maybe one day…if we win the Lottery!

But it seems logical that we’re going to get far more bangs per buck with a really effective new solar installation that will work for us every day, bearing in mind that we spend the vast majority of our time at anchor, not on passage. Solar works just as well on passage, too, so that’s almost certainly the way we’ll go next.

Our adherence to the KISS principle hasn’t caused us any grief or discomfort, far from it in fact. Keeping the boat simple has saved us much money that has been put to better uses during our travels.

And it has meant that we’ve wasted far less time on maintenance or sitting around waiting for parts to arrive when we could be out enjoying ourselves on the water. Simplicity 1, Complexity 0 in our view.