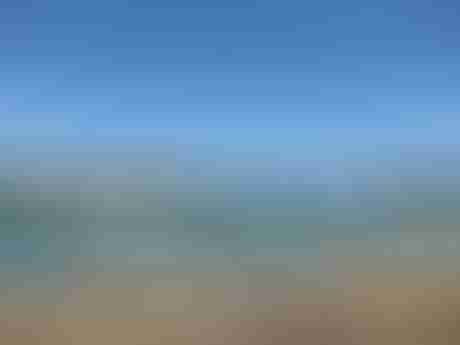 A peaceful spot to watch the world go by

For most cruising yachtsmen there are few more beautiful, peaceful or congenial places to down a cold Tusker beer, than on the Kenyan shore of the Indian Ocean. Such places form the backbone of the dream for so many, and it’s not hard to see why.

But outside in open waters things are less idyllic, due to the presence of Somali pirates patrolling the sea, looking for vessels to hijack.

Generally their interest lies in bigger cargo vessels, but fishing vessels and yachts have also been taken. And the payoffs can be enormous – a record ransom of $9.5m was recently paid for a South Korean supertanker and her crew (plus $170m of crude oil cargo). As a result, despite a much-increased military presence from the navies of the world, the problem is growing fast. By late 2010 NAVFOR (the EU anti-piracy task force) had intercepted over 120 pirate attacks in the area, up from 21 in 2009. At the current moment the pirates are holding 31 vessels and over 700 hostages. And it’s reported that around $238m in ransoms was paid to Somali pirates during 2010 – it’s a huge business.

Largely as a result of the increased naval activity, the problem has spread contagiously throughout the region; the pirates, using captured fishing vessels and motor vessels as motherships, have expanded their range to evade capture. The Maritime Security Centre/ISAF guidance for yachts for the region (Gulf of Aden, northern Indian Ocean and southern Red Sea) suggests that the area affected goes down to 15S and 78E, but one of the most recent attacks was at 21 38S and another was close to the South coast of India. This is a colossal problem over an immense area, and almost impossible to control through force, as a senior NAVFOR officer recently admitted.

Yachts, of course, are small beer for the pirates, and with only one attack on a yacht recorded in the region during 2010, it’s worth keeping some sense of perspective about the scale of the problem. But the ransom paid for a UK couple last year was reported to be in excess of $750K – hardly a pittance, although far less than the $7m originally demanded. And it has recently been reported that a ransom of £10m is being sought for the release of a South African couple captured aboard a yacht in the 2010 attack.  Big ships might be worth far more, and the yachts themselves may be worth nothing to the pirates, but the crews certainly have a potential value.

Is There Any Defense?

So what can be done if you have to travel in this region? Some local sailors suggested that day sailing close to the coast is relatively safe, and that may be one option for part of this huge area. Others transiting the area to and from Suez are often opting to travel in convoys, seeking security in numbers, although with the current unrest in Yemen and Egypt to face along the way it’s no sinecure. And whilst the multinational naval presence will provide surveillance and security for yachts where possible, understandably the force prioritizes big ships. Yachts coming from the East now face the long voyage down to the Cape of Good Hope via Mauritius to stay out of the expanded pirate zone.

Ship your yacht by freighter? Well, this January Somali pirates seized the M/V Beluga Nomination carrying a cargo of yachts from Malta to the Seychelles, with the tragic loss of three crewmembers’ lives. As it stands, it’s hard not to come to the conclusion that before too long this whole vast area might become a no go zone for yachts.

And it’s not only the Indian Ocean – 445 pirate attacks were reported in 2010 globally, and included such cruising areas as the Caribbean, Central America, Papua New Guinea and the South China Sea.

We hope to visit West Africa in Pelerin, our Ovni 435,  this coming autumn, but increasingly there are disturbing reports of terrorist activity targeting westerners in the Sahel countries. Ultimately we don’t have to go there, and we may simply decide, with great regret, that it’s a risk too far – a pity for us, and a loss of legitimate revenue for the countries concerned.

In this internet age, keeping news of such lucrative piracy under wraps is impossible. So, with poverty rife in many ‘pristine’ parts of the world, maybe others in those places are also weighing up the possibilities for conducting their own local wealth redistribution policies. And, although we, like many readers of this website, love higher latitudes, we still have to get there in the first place, and hope to enjoy many tropical places along the way. But that seems to be becoming more complicated by the day, and it seems our cruising world may be rapidly shrinking, and not just in small increments, either.