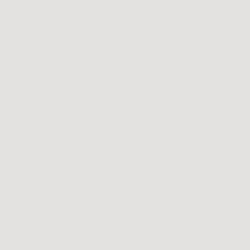 Question [Edited for brevity]: We have been upgrading the safety equipment on board our boat and are thinking of installing radar reflectors to amplify and enhance the radar signal we create to alerting oncoming vessels of our position during offshore sailing in bad weather and heavy seas.

What do you think?

Answer: We have an old Firdell Blipper mounted just above the top of the staysail stay on the mast. However, I think that the Echomax passive is a better reflector and probably a good idea for your boat. In fact, I have just added replacing our Blipper with an Echomax to our never-ending/ever-growing boat project list.

I would not bother with an active radar reflector (transponder) but rather install an AIS transponder. Just about everyone out there that has radar probably at least receives AIS too and it will tell them a lot more about you and what you are doing than an active reflector. Also, you will get an invaluable AIS receiver in with the price. Of course, both radar and AIS transponders would be nice if you have a big budget and lots of time for electronic installations.

Don’t Rely on Any Transponder

Having said all that, I strongly believe that we in small boats should assume at all times, even if our boats are equipped with both radar and AIS transponders, that ships have not seen us.

For example: Some years ago I did a single handed passage from the Virgin Islands to Bermuda. At the time Morgan’s Cloud was fitted with a radar detector. Over the course of seven days I saw at least half a dozen large ships that did not trigger my detector. On three occasions I called the ships in question on VHF and asked them if their radar was on. All three assured me that it was. But in each case a few seconds after my call my radar alarm sounded, indicating that the watch officer had just pressed the transmit button, taking the radar out of standby. (If the radar had been off completely I would not have received an alarm for at least two minutes while their unit warmed up.) My guess is that these ships were leaving the radar in standby to conserve the expensive magnetron.

And an AIS transponder will not save you from this kind of thing either, since commercial plotters and radars have the ability to filter out signals from the Class B AIS transponders typically carried by yachts. As more of us fit these transponders it is likely that more ships will filter us out in crowded waters. Conscientious watch officers will turn off those filters while at sea but, in the real world, how many will actually remember to do so?

In summary, all these devices are great, but the most useful of them is the AIS receiver, which supplements the Mark I Eyeball and our own radar units (highly recommended if you don’t have one) in helping us get out of the way of ships.

Note that we will be doing a review of our new AIS system soon.

What do you think: radar transponder or AIS transponder, or is it worth the expense and complication to have both? Please leave a comment.