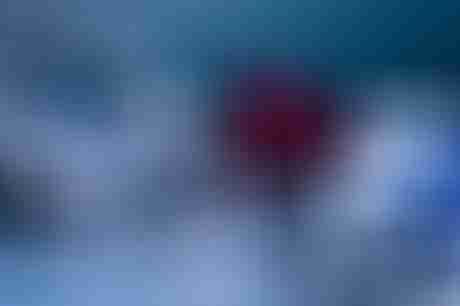 We spent a month taking care of Polaris, a sailboat wintering over on the west coast of Greenland. Before he left for home, Michael (owner of Polaris), Phyllis and I talked about managing risk, particularly as it related to falling overboard into the sub-freezing sea water there.

Michael shared with us that since Martina had gone home (a month before he did), he had not been wearing a life jacket. His thinking was that, if he did fall in, his survival would be dependant on pulling himself back into the dinghy quickly—a task that he had found nearly impossible to do while wearing an inflated life jacket when he tried it in warmer water. I think this strategy makes perfect sense for Michael, particularly since he is strong and fit.

Phyllis and I can look forward to help from each other in the event of a dunking, plus we are not as strong as Michael, so our approach to this risk is to always wear life jackets when using the dinghy. Further, one of our first tasks after taking over Polaris was to set up a halyard on a toe rail cleat next to the boarding ladder with the other end on a self tailing winch with the handle in ready to haul an inadvertent swimmer out of the water. (On the shore we, and Michael, always picked landing places where it would be relatively easy to scramble out of the water up the rocks.)

So two different but equally correct approaches to the same risk and a good example of what we call “safety by reason, not rote” when managing a situation where the obvious and generally accepted course of action—always wearing a life jacket—is not necessarily the safest. Or to put it another way, slavish observation of rules and the buying of a bunch of gear don’t make a safe ship half as much as well informed thought does.

Another aspect of this is that I’m sure there are people out there who might accuse Michael of being foolhardy for staying single handed on Polaris in these conditions. However, while this might be true for a less experienced person, Michael has a huge amount of experience in the high latitudes including multiple voyages to Svalbard, some of them single handed, and a winter cruise of Arctic Norway. I would venture to guess that he is safer in Greenland in winter than the inexperienced neophyte out sailing on a summer’s day on the cold and potentially foggy waters of the Maine coast in the USA or the Solent in the UK.

The photograph shows me engaging in our least favourite and probably highest risk activity: getting in and out of the dinghy on frost and ice coated rocks and loading a bunch of buckets full of snow to melt for water. (Every drop of water we used had to be procured this way since fresh water in the boat’s below waterline tanks were drained for the winter.) However, I suspect we were in more danger driving in heavy rain and mist to the airport at the start of this trip—where we were subjected to risk not only from our own potential mistakes but from the stupid things other drivers might do—than scrambling ashore in Greenland.