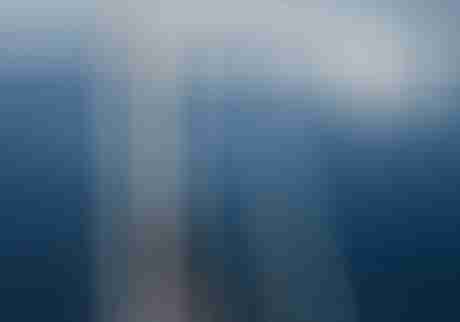 The science project we are engaged in has pushed Phyllis and me hard. For us, 12-hour days have been the norm and several have stretched to 18 hours.

A typical day: The morning starts early for me, as usual, with analyzing the weather, then it is up-anchor and off to cross 25 miles of icefjord. Phyllis and I alternate every fifteen minutes between steering Morgan’s Cloud through 3/10 berg ice and watching the forward scan sonar like a hawk.

Every moment is filled with critical decisions: How close dare I get to that 100-foot (30-meter) high berg? If it decides to flip now, are we so close that the former-keel, perhaps as much as 800-feet below the water, will hit us as it rotates to become the top? Is that enticing area of relatively ice-free water that way because it’s shallow? Probably. 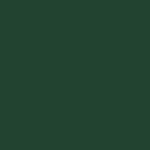 How fast dare I go? Too fast and it’s dangerous. Too slow and this will take for ever and we will be exhausted. Is that a real return on the forward scan from rock or just a false return from a temperature or salinity difference? And what’s the best route through this mess anyway?

A little after noon I’m in the dinghy dropping Grete (our scientist) off at a community to do her research, while Phyllis holds Morgan’s Cloud offshore.

I get back and we head off to scout out an anchorage for the night. The forward scan sonar dies. An hour of work and a lot of gushing water later, we have replaced the defective sensor with our spare. When a boat is being used this hard, there’s something to fix or preventative maintenance to do every day.

Just as we finish cleaning up after the sounder job, Grete calls on the VHF and we head back to the village to pick her up, and then back to the anchorage that we picked earlier. But it’s deeper than we thought. Not good as this will let larger pieces of ice get close or hit us, requiring an ice watch.

Two hours of careful motoring around with my hand hovering over the gear shift ready for full reverse and Phyllis hunched over the forward scan sonar calling the depths finally yields a 30-foot (10-meter) area that is not too close to the shore. The anchor goes down and lands on what sounds, as the anchor drags, like a solid sheet of granite. Anchor up again and my second guess on where there will be some good holding proves to be right.

It feels so good when you stop, but the day is not over. There is dinner to cook and after we eat I spend several hours poring over the charts, such as they are, planning the next day. Where we are now, the best scale is 1:400,000, about equivalent to navigating the entire coast of Maine on one chart. The British Admiralty Sailing Directions are constantly open on the chart table—the best source of information in this part of the world. Phyllis is busy too, organizing provisions, cooking and planning the next day’s meals.

We are two and a half weeks into the project with one week to go and I’m still glad we agreed to do this. But if I ever talk of doing it again, please will someone beat me over the head with a 2×4 until I come to my senses. Come to think of it, that someone will probably be Phyllis.

Next: Upernavik And North

Previous: A Brief Report From Disko And Uummannaq Fjords

Am I reading your radar right? Are you on a 0.5NM scale?

There are a lot of targets.

I suspect there would be some white knuckle moments.

Yes you are reading the radar right. That is what 2/10 berg ice looks like on radar. (Pack ice looks a bit different.) And it got worse after that was taken.

The only reason we were in that much ice was because we had a very good forecast. If the wind comes up when you are in ice that thick you are in very deep yogurt.