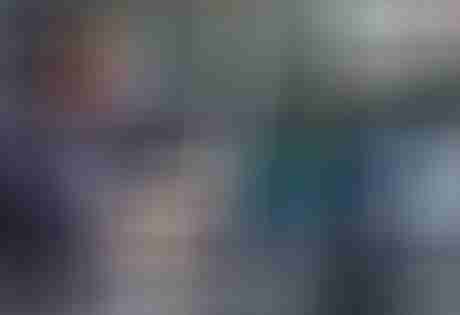 As a visiting cruiser there are two ways to approach a different culture, like that of Greenland: Continually complain about the inconveniences and criticize the differences from the way of life back home, or embrace the differences and try and learn from them.

Phyllis and I always try to do the latter, although I’m sure we have been guilty of the former, particularly when trying to get a long list of boat and shopping chores ticked off in a strange land—don’t get me started on food stores in the Canary Islands!

But I digress. The other night we were chatting with Grete, our visiting scientist, about her day’s interviews and she mentioned in passing that she had been talking to the Danish manager of a fish plant who was absolutely frustrated by the local fishermen’s total lack of interest in increasing their catch by working longer hours and/or buying bigger boats.

And what totally blew the manager away was that recently, when the price of fish jumped dramatically, the landings at his plant went down. Why? Simply because the Greenlandic fishermen realized that they could make the same amount of money as before the increase by working less hours.

I thought about it for a moment and then it hit me between the eyes. What are these fishermen practicing? Sustainability, that’s what. They already had all the money that they really needed at the old price, so why not work less and enjoy life more at the new? And at the same time leave more fish in the sea for another day.

Contrast that with the developed world where when there is a big price jump in any commodity—does not have to be fish, could be timber, metals, oil, whatever—the gold rush is on: More harvesters, more hours worked, bigger more efficient equipment…until we decimate yet another resource.

It does not even have to involve a resource for the developed world’s greed to screw things up. Once we just had mortgages, but the finance industry could not make more money every year out of that, so then they invented collateralized debt obligations and just about bankrupted us all with them.

Yes, the developed world could learn a lot from Northwest Greenlandics. Pity it won’t.

But here is a nice thought. Maybe we voyagers who work just long enough and hard enough to buy a boat and amass the necessary savings and then turn our backs on our jobs, fancy cars and big expensive houses and go cruising, are, at least in a small way, practicing some of the same restraint as Northwest Greenlandic fishermen.

Next: Baffin Island, Still Scary After All These Years

“But here is a nice thought. Maybe we voyagers who work just long enough and hard enough to buy a boat and amass the necessary savings and then turn our backs on our jobs, fancy cars and big expensive houses and go cruising, are, at least in a small way, practicing some of the same restraint as Northwest Greenlandic fishermen.”

I’m sure you think it’s a nice thought, but I’d hardly call buying a hideously expensive sailing craft “practising restraint” under any circumstances. So you worked hard, you made a lot of money. Now you get to travel the world and write about it. But to me at least this comment comes across as deeply arrogant. It’s your money, do what you want with it, but don’t get all religious about giving stuff up. I know a lot of people who would be happy with just a job never mind the house and car.

I think rather than taking you to places and allowing you to see the world, the boat keeps you safely insulated from it. Observing from a distance but never fully taking part.

Dave
John & Phyllis still make money, according to their website, by chartering their boat to scientists & others, by selling photos, by writing articles, and by income from their cruising guide. I wouldn’t call this insulated from reality. I’m impressed that they apparently have worked out how to have a successful income from doing what they love to do.
I haven’t seen such negativity on the Internet in a long time. Perhaps you need a medical checkup. Thyroid problems, low testosterone, anemia, chronic GERD & hypochlorohydria, chronic fatigue syndrome and so on, are common causes of crankiness.
Isn’t it nice that we get this free website chockful of information & interesting tidbits?
Enjoy their freebie & stay positive.

We live aboard our boat, travel when we can, and consider ourselves incredibly lucky to be able to do so. We both have to work, we pay our taxes, and we, too, worry about friends and family in the current desperate economic climate. We have no car, television, fancy clothes etc., but that’s by choice, and we’re not complaining. We’ve had them in the past, but realise that for us they are now surplus to requirements, and that’s largely because we’ve chosen this mode of transport to see the world. The places we have been, and the people we have met have made us see things differently, and we now find that life is simpler, clearer and more rewarding with less, not more – no sudden satori, just a slow awakening.

Of course it’s possible to insulate yourself from the day to day reality of life for other people and cultures, especially if you only ever stay in marinas and gated compounds. But if you go beyond such places, and choose to visit countries (like Greenland) where such facilities simply don’t exist, then things are very different, as you will be immersed in local life whether you like it or not. And if you are outgoing and interested people who relish meeting the local community – like John and Phyllis – then a boat is about as good a way to do that as possible in a maritime community. Not perfect – you are, as you point out, rich beyond belief to many indigenous people, however big or small your boat is, and that takes some getting around. But in my experience, if you reach out and try to cross that divide, then you will be rewarded in many positive ways. It’s up to you.

Marcel Proust said that ‘the real voyage of discovery consists not in seeking new landscapes, but in having new eyes’. Sailing to remote places and meeting people from different cultures can help you develop new eyes, and so maybe understand the world we all share just a little better. I know from conversations that I’ve had with John and Phyllis that one of the main drivers for taking on the Greenland project was concern for the people and a place that they care passionately about, having been there and met the people several times in the past. At a time of existential threat to those remote communities through climate change, they decided to put their boat (and considerable expertise) to good use in helping to shine a light on a problem that many people simply remain unaware of. Far from being insulated from other people’s existence, it seems to me that they are very engaged with the world, and I’d imagine that their many years of exposure to other ways of life through the means of Morgans Cloud may well be one of the main reasons for that.

You have a point about the insulating aspects of voyaging. However you have our boat wrong. She is not a “hideously expensive sailing craft” but a 26 year old home built (not by us) expedition sailboat. She is our primary home and we have no more in her financially than we would have in a reasonably modest house ashore.

Dave. Hopefully you never travel by air. It’s the ultimate form of being able to insulate yourself from the world as you jet set to an unsuspecting culture and ravage it. Go hate on some private jet owners.

Dave may have a valid point; however, your main point, which his comment doesn’t address, is the universal need for prudence, conservation, preservation, and perspective…all of which would have mitigated most of today’s global economic and civil crises that we all bemoan…not just Dave…richard in tampa bay and cavu’s skipper

Responding to Dave: You may be painting with too broad a brush. The most frugal couple I know in our modern world, with the lowest carbon footprint, live aboard a 40′ Gulfstar bought second hand. It could never properly be called “hideously expensive.” In their entire lives they never “made a lot of money.” Instead, they work occasional odd jobs when the grocery money is running low. Many live aboard couples—including John and Phyllis—are closer to this model. I doubt if either ever owned either a fancy car or a big, expensive house.

John: To me, “decimating” a resource would be using one-tenth of it. The word is of Latin origin. Like the modern word “decimal,” “decimate’ comes from the Latin word for ten. “Decimatus” described when one out of ten men were killed in battle—which the Roman army considered a heavy casualty rate. And yes—our modern world has corrupted the usage to mean totally destroyed. But Julius Caesar would not recognize this usage.

John
I read of something very similar, I think in the book Kabloona, by Gontran de Poncins (1941). An American at Thule, delighted with an Eskimo statuette, tried to commission the Eskimo to make lots more at a reduced price. The Eskimo’s reply was that he would have to charge more per, because the work would be repetitive & really really boring.

While I believe that the other Dave’s comments are a little harsh, cruising sailors do have a tendency to be a little condescending to our dirt dwelling friends. We choose to work less, earn less and enjoy our freedoms sailing the globe. By making this choice, we are to some extent being self indulgent because we contribute less to society than we otherwise could.
John, having shared many a bottle of wine with you, I know you are a big fan of progressive taxation to support social programs. So, if we follow your prescription outlined above and only work long enough and hard enough to meet our own basic needs, who would pay for everyone else?
Looking forward to seeing you guys in the fall! Cheers Dave

Sorry, but I think that yours is a flawed argument. We pay for our needs with after tax dollars, so we must earn enough to still pay our share of taxes. Looking forward to another bottle of wine together.

One more thought. I realize John’s comment was directed at the environment rather than the economy. However, I have to wonder if the work ethic exhibited by the Greenlandic fishermen is influenced by the fact that a full 50% of the federal budget of Greenland comes courtesy of the Danish taxpayers. I suspect if the fishermen were supporting themselves they might be willing to work a few extra hours.