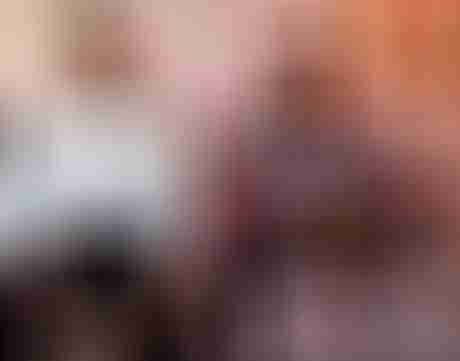 Phyllis and I were walking through a tiny (200 people) isolated community here in northwest Greenland today. A group of local people were gathered on the deck of a cottage, many in the traditional Greenlandic formal costume of snow white anoraks for the men, and brightly colored, intricately embroidered, bead-worked blouses with seal skin trousers for the women. Clearly there was an important celebration going on.

We were walking past, trying not to portray our interest by staring, when one of the beautifully costumed women called to us in Greenlandic and motioned for us to join the group on the deck. It turned out that we had received a spontaneous invitation to a young man’s confirmation party.

We were made welcome and encouraged to help ourselves from the sumptuous buffet of locally hunted and caught foods: whale blubber and meat, seal, arctic hare, reindeer, dried fish and many other things that we could not identify.

After half an hour or so, a young man, clearly sent by our original benefactor, invited us into the house. Inside were several tables loaded with the most delectable and beautifully decorated cakes. We were asked to wait and in a few moments one of the people occupying the chairs surrounding each table finished their dessert and left, at which point first I and then Phyllis were shown to the vacant place and served coffee, and once again encouraged to dig in.

By the time it was our turn to vacate our seats to let others at the cake, we had spent over an hour with a group of people that we had almost no common language with other than our few words of broken Norwegian—Danish and Norwegian are fairly closely related—and some of our new friends’ limited English. In that hour I would guess that I exchanged about 50 words, if that.

At first I felt uncomfortable sitting in silence. But I have visited the North enough to know that these people don’t have our North-American need to fill every silence with chatter. At first I had to will myself to just be in this place and time without the need to speak or to do. But after a while my discomfort waned and was replaced by the serenity of those around me, most of whom were as silent as I.

That one hour all by itself has made this cruise worth while.

Next: A Brief Report From Disko And Uummannaq Fjords

Thanks for sharing this charming account. We lived in Greenland for several years (Qeqertarsuaq and Nuuk) and enjoyed many such “kaffee-miks” (literally ‘with coffee’). It’s always the custom to say ‘Pilluaritsi’ (congratulations) to the hosts, and ‘Qujanaq’ (thank you) upon departure. We found people in Kalaallit Nunaat to be very hospitable and welcoming.