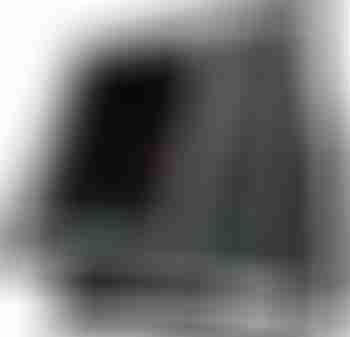 I know that many people assume that because I have spent so much of the last 25 years at sea, and given my well-known fixation on simplicity, I must be some kind of luddite who spurns all things modern and computerized.

But actually, nothing could be further from the truth. In fact, prior to cruising, I spent some 30 years deeply immersed in all things digital and high-tech—that’s how I could afford to buy a boat and go sailing.

With that out of the way, let me tell you about the stove (cooker to you Brits) in the house that we rented in beautiful downtown Lunenburg for the winter.

(Yes, we are still trying to figure out where to live when not cruising—experiments include last winter in Halifax and the two winters before in Canmore, Alberta. Base Camp is not insulated so a mite chilly when the snow flies.)

To turn the oven on we:

And changing the temperature requires going through the whole rigmarole again.

I mean really, how could this interface be better than a simple dial with “off” at one end and the maximum temp at the other, that we could twiddle with one deft twist of the wrist to the temperature we want, and then adjust as required.

But here’s the thing. Even though a digital interface is obviously a poor choice for this use, almost every consumer stove you can buy these days has some variation on this idea—we get what we are willing to put up with.

Or more likely and more damning, we the market are childishly captivated by the pretty lit-up numbers to the point we turn our backs on what is fundamentally a better interface: a simple knob.

As It Applies to Boats

Ok, at this point you are thinking, “Hmmm, John’s lost it, time to cancel my membership before he starts writing about the space aliens that are trying to abduct him to their home planet”.

But wait, I do have a point that relates to offshore boats:

We will be one hell of a lot safer, and a lot less likely to make a crucial mistake when the chips are down and we are stressed, if we select electrical and electronic machines that have simple easy-to-use controls.

Like the radar at the top of the post, for example. Need the sea clutter turned down to bring in a small target you just glimpsed in a single scan? Just turn the knob marked…wait for it…”A/C Sea”, instead of going into a menu and who knows how many button pushes, as so many of the modern all-singing all-dancing radar/plotters require.

And one more point from the stove metaphor, you don’t see silly digital controls in inappropriate places in a commercial kitchen…or on a commercial radar, which has gotta tell us something.

I’m not saying that a knob is the only sensible way to control a radar or other marine electronics. But what I am saying is that when we buy these machines we should be focusing on ease of use and access to the vital core functions first, and the latest whiz-bang features a long way last.

But sadly, when we read the forums and sites devoted to marine electronics, features take pride of place with hardly a mention of good interface design. I hope this piece and the resulting discussion will, at least in some small way, counterbalance that trend.

What about other alternatives to knobs that would be easy to use? I do wonder if a well-designed touch screen interface could provide the best of both worlds? After all, I love my iPhone and iPad.

Of course, the operative words here are well designed, and since the marine electronics industry seems totally fixated on features over function and bringing out new models even before they get the old ones working properly, I have my doubts.

That said, I have not used any touch screen marine electronics, so I turn to the AAC Brain Trust (as I call you lot that comment) on this one. Please leave a comment.

By the way, I’m thinking about marine electronics because we just completed a complete edit of our Navigation Online Book, and in the process folded all of our relevant chapters on marine electronics, that used to be in the Maintenance Online Book, into it. A much better organization. So if you have some time over the New Year holiday, have a read through.

And that task was inspired by three new in-depth chapters on navigating in fog that we will start publishing in a few days. Don’t miss this, Colin sweated bullets to condense decades of navigation experience into these new chapters—really vital stuff that will make running in fog a lot safer and less scary for all of us. And even if you don’t cruise in foggy areas this will be useful knowledge to have at night.