In these days of readily available weather forecasts and satellite- or HF radio-delivered GRIB files, it could perhaps be argued that the barometer has been supplanted as a weather forecasting device. However, in our opinion, that supposition would be a serious mistake.

On Morgan’s Cloud we record the barometric pressure at least twice a watch and have found that information invaluable, particularly for assessing whether the weather is actually developing as forecast, or diverging from the models. 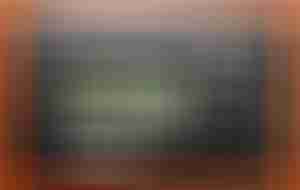 Polaris, the sailboat we looked after for a month in Greenland, has a beautifully implemented digital barograph from Bohlken Westerland that records and graphs the pressure for the last 48 hours and also reads out the change in the last one and three hours. A very neat feature is that the machine beeps if the pressure drops more than 1mb/hour; usually an indicator that something nasty is imminent. Unfortunately, it does not warn you of an equally fast pressure increase, which it should. (For example, when we had 50-plus knot gusts one night, it was the result of a 13mb jump in pressure in just three hours.)

Update, 02/2012: The barograph can be purchased through Herbert Tiemann e.K.

John, do you have any idea where the Bohlken Westerland Barograph can be purchased in the US? I have tried emailing them and several of their dealers and have not received any reply.
Thanks, Bob

I’m sorry I don’t. I’m not even sure that the unit is sold in North America.

Bob, I emailed them too, no reply. I’ll post here on AA if I make contact. John, thanks for bringing this barograph to my attention.

I emailed the dealer in NZ to see if they could help, they responded by telling me they too have not received any response from the company.

It looks like this company does not function. Does anyone know where I can get an electronic barograph?
Thanks.

To all interested in the barograph, note the new dealer shown above in the update to the post. He has contacted us personally and is keen to sell the unit.

Without question, the best is from http://www.digitalbarograph.com Ive had mine for about 2 years now, beeps on the way up or diwn uf change is rapid.

Bohlken barographs were expensive when I checked in with the dealer. Here are 2 other companies that offer digital barographs: NASA & Weems and Plath.