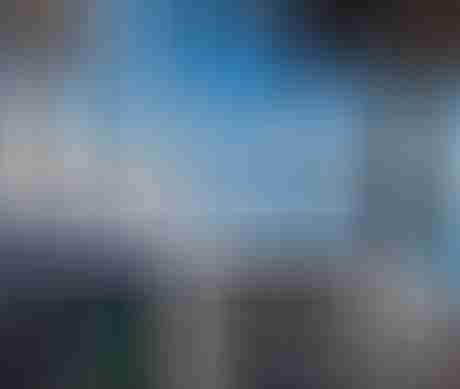 Here is our report on how the Furuno 1832 radar on Morgan’s Cloud handled our 10,000-mile, eight-month Arctic voyage:

As far as we are concerned, radar is the most important piece of electronic gear on the boat, ahead of GPS, plotter and autopilot. We can perform all the functions of the other gear manually, but our eyes can’t see through fog at all, or see well at night, or measure distances from the boat accurately. Only radar can do all three.

Our Furuno 1832 has performed flawlessly for 15 years and an amazing 7000 hours of operation. This is the smallest of Furuno’s commercial range and that target market shows in the ruggedness of the unit. Commercial fishermen just don’t put up with crap that does not work. We have had three 1800 series Furuno radars over the last 26 years and have never had a failure.

The unit has two buttons that can be set to any function you wish. We have one set to cycle through heading up, course up, north up and true motion (although we only use the first two), and the second to offset the range and bearing markers over a target, a very useful function since we don’t have automated target tracking.

When properly set up and adjusted, the sensitivity on this radar, particularly at close ranges, is truly amazing. We often see flocks of birds at half a mile and can accurately measure the distance to a mooring buoy or awash rock when deciding where to drop the anchor.

Incidentally, I think that many of the complaints about the sensitivity of traditional pulse radars (as opposed to broadband) are because many operators do not understand the importance of cycling through the ranges regularly. The reason is that as you shorten the range, the radar automatically shortens the pulse width, which increases sensitivity to small targets. For example, with our radar set on the three mile range, where it is using long pulse, we might miss a small fibreglass boat at half a mile. But when we change to the .75 mile range, the same target will be strong.

Our standard practice in poor visibility is to leave the radar on either the three or six mile ranges, depending on the circumstances, but to cycle through the ranges from 12 miles to half a mile at least once every 10 minutes and more often in congested waters.

The other common mistake is turning the gain down too far, or the sea and/or rain clutter controls up too far, in an effort to get a noise free screen. Yes, it’s nice and tidy that way, but you risk missing a small target.

Before a war starts, let me be clear that I’m not claiming that broadband radars don’t have an advantage in close range sensitivity and target separation. All I’m saying is that a traditional pulse radar properly used and adjusted can be perfectly adequate in this regard.

Furuno really need to go out and hire a native English speaker who can actually write! Their manuals are, or at least were when ours was written, abominable and very difficult to understand.

In common with most radars, the magnetron must be replaced every 2000 to 3000 hours. We are on our third, and they are not cheap. By the way, if you are disappointed with your radar’s performance, check the age of the magnetron. I’m told by technicians that very few recreational sailors replace them when they should.

The 1832 was discontinued some years ago, and Furuno stopped supporting it a year or so ago, so we will need to look at a replacement. Right now we are thinking of going with the successor to the 1832, the 1835.

(A note on our reason for replacing a piece of gear that’s still working: we just don’t want to be in some obscure place with a busted piece of vital kit, no parts available at any price, and be faced with installing a whole new model, and learning how to use it.)

Yes, I know, the 1835 is not broadband; or the all singing, all dancing, iPad controlled, newest thing. But for us, the devil we know and the track record of reliability trump the newest features every time.

We will probably add the ARP11 automated target plotter too since there are still many fishing boats out there that don’t transmit on AIS. ARP is also a quick and easy way to determine if the target you are seeing on radar is an ice berg or a vessel.

We would never consider an integrated display being fed by a radar antenna without a dedicated radar display. Just too much like putting all our eggs in one basket. And in our experience, the more things you ask a machine to do, the less it does any of them well and the less reliable it gets.

If you have any first hand experience with radar to help us, and others, with our upcoming replacement decision, please leave a comment. Do keep in mind that we are interested in reliability rather than whiz-bang features—I suggest that if you are serious about getting, and staying, “out there”, you should be too.

Likewise if you have any questions about our experience with radar, please leave a comment.

Subscribe
Join Us To Comment ("About" on menu)
61 Comments
Oldest
Newest
Inline Feedbacks
View all comments
≡ Menu
This is a guest wpDiscuz
This site uses cookies: Find out more.