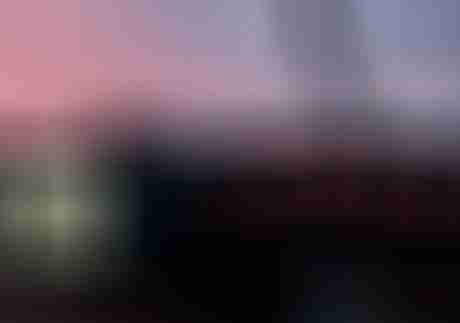 Seven years ago, when KVH stopped supporting our previous sailing instrument system, we looked at Brooks and Gatehouse but balked at the cost and instead settled on a new NX2 system from Nexus at less than half the price.

We like the way the gear works and find the displays easy to read, both at night and during the day. The gear was as straight forward to install and program as a system of this complexity can be.

After some initial teething problems, quickly dealt with by the dealer, our system has been pretty much trouble free. The exception being four failures of the combined speed/temperature sensor, which is actually made by Airmar. The water temperature sensor has stopped working twice and the paddle wheel has split twice due to the corrosion caused by water getting at the small magnet imbedded in it.

In each case Nexus has cheerfully and quickly replaced the problem part for free through their distributor, even though our system is long out of warranty. Better yet, they have acknowledged that the sensor has a problem and are working with Airmar to fix it. And this for a system that has been out for at least six years.

The point being that with gear of this complexity there will be problems. What differentiates good gear and good companies is how they handle those problems, and Nexus does a great job:

If more companies were like Nexus, maintaining a voyaging sailboat would be a great deal less frustrating than it is.

One note: Nexus has just changed their North American distributor. I don’t know why, but let’s just say that that part of the channel seems to be working better than it did, at least in our limited experience.

We paid full price for our NX2 system and have received no payments or other benefits from Nexus.

Good Day,
Always driven to your posts with great interest. Lately the marine batteries has been electrifying…and an eye opener. Asking sailors revealed a world of problems that most have (are) experienced. Question: what navigation program have you been using and what hardware?
Regards

You can find lots of information about our navigation system in the in-depth series we wrote a few months ago.

Hi John,
My boat came with the Raymarine ST60 line up. I guess I am lucky to say that I find no need to change. I am sure there are better but it has already more capability than I need. I am not a racer per se so many features are lost on me. They also integrate nicely with the C80 plotter and radar. If I need new systems in the future I will look at Nexus and I won’t be bashful about asking for a discount. I just hope that I don’t have to sacrifice the great service in return. 🙂

When I said full price, I really should have said, the same price anyone else would have paid. In fact the dealer gave us a nice discount off list and we still got great service from him and Nexus, so all in all a good experience.

Hi John
We have the B&G system on board, daily used to tell wind angles, wind speed, air pressure, boat speed and depth, and we just love it. We have two 20×20 displays in the cockpit and one master display down below at the navigation position. Furthermore the NMEA 0183 signals from the B&G talks with the Furuno NN3D and MaxSea Explorer navigation PC program, so we can read all the B&G info displayed here too. The displays are easy to read, day or night.

Sounds like you have a nice system. Seems like B&G has come a long way from the old days when I was ocean racing and we used to say it stood for Broken Gauges. 🙂

On the echo sounder. We had the same issue with possible interference with our EchoPilot. We got around it by using a sensor from Airmar that outputs 0186 and sending that to the Nexus bus. Works a charm.

I’m glad to hear you had a positive experience.
I unfortunately have not. I have experienced the exact opposite of your description above.
I purchased my unit in January, and installed them in May when the boat was launched. The manual was very vague in placement of the wireless module, and the wiring for the depth sounder did not match the wireless module or the manual.
My dealer Sobstad Sails in Ontario Canada could not offer any technical advise except to remove the entire system and exchange it for a new one. This is very difficult when the boat is in the water. Figuring my dealer has washed his hands of responsibility I had no other course but to contact the factory. They did not return any e-mails. There was also no contact phone number that was not long distance in Canada. I soon learned that there was no factory support in Canada and the closest technician was in Florida. He was helpful until I reported that with everything installed as per his guidance and all testing performed the unit still failed to work. I never did get a reply from him as to what to do next. I have now learned that there has been an interference problem with the system and they have just now (supposedly) found a fix. It would have been nice if someone would have had the courtesy to tell me that in May. It is now October.
I have also learned that Nexus has had an internal problem with their single man Tech department. They are now going to have an “in house” department. I am thoroughly disgusted with the whole thing.
I now have lost all confidence in the company and the dealer. Their customer support gets a FAIL.
I have purchased a Lemon and purchased the product from a Lemon.
I have now removed the unit from my boat, and am now awaiting a settlement with the dealer. I have been getting the run around and may have to sue.
Recommendation: I would not purchase anything from Sobstad Sails in Barrie, and if you insist on a Nexus system make sure you get contact numbers for a Customer Service Centre. At this point save your money if you are in Canada. You may be throwing it away like I just did.

Sorry to hear of your disappointment. I would make another and concerted effort to contact the factory in Sweden. That is what I did and I got great results even though the dealer I bought the system from had gone out of business.