Question: What is your preference regarding the best place to mount a radar antenna? As far as we can tell from the pictures of Morgan’s Cloud you have mounted yours on a pole aft. Our previous experience with radars tells us that the antenna should be as high and free as possible. Wouldn’t a radar antenna mounted on the mast just above the first spreaders give better range and a more detailed radar picture than if it were mounted lower? It also appears from the pictures that your antenna isn’t mounted in a way that makes it able to tilt so that it can compensate for heel of the boat when sailing.

Answer: First off, we should say that we view radar as the most important piece of electronic equipment on Morgan’s Cloud—yes, more important than GPS, since we can find our way with a compass and sextant but we can’t see unlit objects at night or through fog—so we have given a lot of thought to the position and installation of our radar scanner. 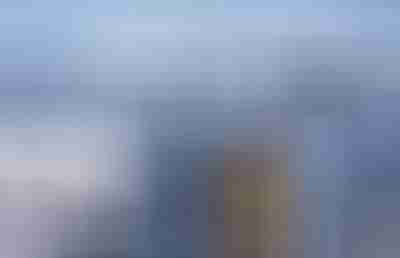 We prefer a pole mounted aft for the scanner over mast mounting for the following reasons:

About the only advantage I can think of for a mast mount would be a theoretically less impeded view forward. However, in the real world we have never found that there was any appreciable radar shadow cast by the mast and rigging.

Our radar scanner can be inclined to compensate for heel using a clever system based on a speedboat hydraulic trim tab pump and actuator. We got ours from Edson, although a reasonably handy owner could duplicate our system, by buying the gear directly, for less than Edson charges.

We would not be without this tilt feature since it is just plain dangerous to sail around with a huge radar blind spot on either side of the boat when heeled. This was graphically brought home to me the second year I owned Morgan’s Cloud (before we installed our incline system) when we were nearly run down in thick fog by a trawler that we only saw at 100 yards and that visually, not on radar, approaching from our port beam. Yes, I know we had the right of way, but with huge steel trawlers traveling at 10 knots that is scant comfort!

Incidentally, we far prefer our manually controlled (using a switch in the cockpit) inclining system to gimbled backstay systems like the Questus. Our thinking is that no matter how well damped the latter is, there are just too many bend cycles being put on the cable. Also, back stays are prone to vibration, surely not a good thing for sensitive electronics.