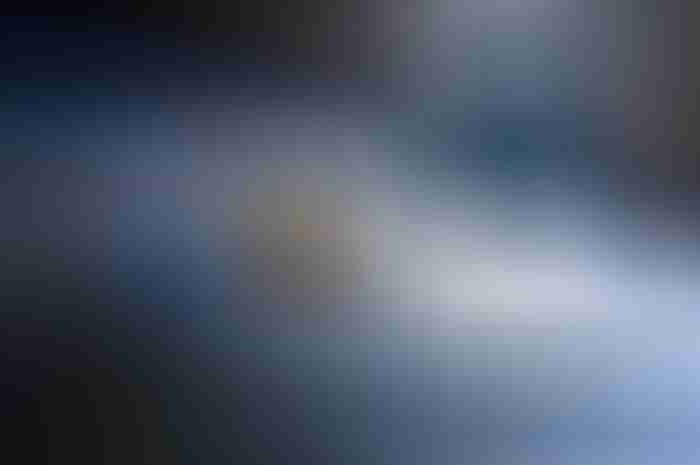 Spurred by a question from member Natalie, about whether there were any significant changes or updates to Iridium satellite phones and data devices since last year when I wrote extensively about how to buy and use them, I took quick a look at the latest news.

After sifting through the corporate marketing BS (a process I’m pretty good at after some 40 years around the high tech business) and interrogating my favourite industry insider, my best guess is that there will be no significant upgrades to Iridium services available to us yachties until 2018 at the very earliest.

And even then, it may be later as Iridium will focus on big revenue opportunities for these new satellites first, not nickels and dimes from us yachties.

Bottomline, as you decide how to spend your money on communications technology, focus on what can be delivered now and don’t get influenced by vague promises about the future. Not for nothing that we techies call promises about future technology “vapourware”.

For example, if you read the press releases on Iridium Next with care and a sceptical eye, it becomes clear that Iridium are not promising that existing hardware (particularly GO!) will be able to take full advantage of the new speed of Next; rather, all they are talking of is compatibility, a horse of a very different colour.

And I will bet dollars to doughnuts that when the new speeds are available (with our current hardware or not) there will be a hefty increase in charges for using them.

Or, to put it another way, it’s a mistake to assume that because terrestrial mobile communications get cheaper and faster every year, that satellite based ones will too.

Iridium has no real competition (at least for the next few years) and, on top of that, this new constellation of satellites is costing billions that Iridium is paying for directly…and us users indirectly. This is a very different situation than the old Iridium satellite constellation, which was acquired by the present Iridium company at something like five cents on the dollar (or maybe less) from the old bankrupt one.

By the way, I’m not mad at, or disappointed in, Iridium for any of this or the recurring delays with Next. Rather I think we have to be really careful not to assume that because say Apple can refresh and improve a product like the iPhone each year, and produce really cool easy to use apps, that Iridium should be able to do the same, and then get disappointed when they don’t.

The point being that what Iridium, and their launch partner SpaceX, does for a living is exponentially technically harder to do than what Apple does. Just putting a satellite in orbit on the end of a rocket without anything blowing up is really hard, never mind getting the whole constellation working—it really is rocket science. Never forget that rockets are simply slow-exploding bombs…and sometimes they forget the slow part.

And Iridium doesn’t have Apple’s volume either.

While on the subject, member Neil left a detailed update in the comments on using Iridium GO! that confirmed my thinking that nothing has changed since I wrote our in-depth guide to using GO!. He also agreed that the Iridium phone apps are primitive and hard to use, although he did say they were getting a bit better with each update—big thanks to Neil.

We also got an update from member David with more useful stuff—big thanks to David too.

Neil also points out a nasty gotcha. Apparently, many phone companies are charging the recipient of any voice call you make from your GO! a fee that can run around US$10.00. This despite the fact that you paid for the call, or at least it was included in your unlimited package. (Neil did get one cell phone company to reverse the charge, but he had a couple of birthdays while on hold before getting it done.)

This brings up a really nasty thought: How is a company that you might call for support on a vital piece of gear, or a government agency say Customs, going to react to these charges? What if they start blocking calls from GO!? Not a nice thought.

On the other hand, I have never heard of this issue with calls from an Iridium handset, which makes sense because we are paying big time per-minute charges, rather than bundled minutes as is the case with GO!.

Just another reason (I have a bunch more in the articles linked to below) not to just assume that GO! is better than an Iridium handset.

Talking of which, while I was bugging John, one of the brothers that run UUPlus (our preferred satellite phone software provider and industry insiders), he told me they have their software working great with GO!.

And Not So Good News

But he also shared that GO! is way slower than an Iridium handset for data use, particularly initial connection—about 11 seconds for a handset set against 45 or more for GO!. Worth knowing as this will really sting if you are making a bunch of short data calls to check on email etc. (Note that, as far as I know, the fast connect time for the handset is only applicable with UUPlus software.)

Given all that, I stick with my previous recommendations that:

All going well, we will be using Iridium (GO! and handset) quite a bit next summer and will provide another update, if warranted, after that.

We have lots of in-depth how-to information on buying and using communications equipment for email and weather reception while offshore:

Hi John,
Thank you for the article.

As I heard, downloading weather information over sat phone takes quite some time, which costs a lot of money. Is it cheeper to have the GO with unlimited data vs paying for Sat connection minutes if you download some GRIBs like 4 times a month?

What amount of time usually takes you to download weather data?

If you are only downloading 4 times a month a hand set with a pay-as-you-go package will be way less expensive than a GO! with unlimited data, and faster to (as long as you use UUPlus).

Thanks for the update.

I noticed on February’s Practical-Sailor a device that I was unaware of, the “Xaxero Weather Fax 2000” (Link to PS article: http://www.practical-sailor.com/issues/37_74/features/Highlights-From-Annapolis-2016_12155-1.html). It appears to be essentially a demodulator that sits between the HF radio and a laptop and can receive and decode HF weather data.

We currently have a weakness with receiving weather information on Aquabat. We have an Iridium handset onboard (emergency use only) and an HF radio. The above device and software cost $199US, and it seems to be a reasonable idea for avoiding the ongoing cost of satellite data whilst being a more manageable chunk of up-front money than buying a PACTOR modem.

Have you or anyone in the “brains trust” had experience with this bit of kit?

Thanks John. I must have read this years ago, filed it away in my brain and then promptly forgot all about it!

Hi John,
great article and timely as I was looking at getting the iridium go. However, I do have to disagree with you about iridium being the only one. Globalstar sat-Fi is another provider of sat service similar to the Go only, what I think it better. I compared the two and Globalstar’s satellite coverage is greater and speeds are higher. Works just like the Go on both windows, apple and both iphone and android devices. Havent installed it yet but I would be glad to provide follow up after I do.
fair winds
bill
sv Aquila

I agree that Globalstar has some benefits, however I can’t see how you can say it has better coverage. Iridium uses low polar orbit satellites and so is truly global with no blank spots at all. Globalstar, on the other hand, has limited coverage, particularly in the southern hemisphere.

You can see the coverage here: https://www.globalstar.com/en/index.php?cid=101&sidenav=85

Note that voice coverage is extremely limited and I’m also advised that the data coverage map is, shall we say, optimistic.

Hi John, thx, very good update. How does Garmin Inreach devises fit into your review? I am looking for a device to get weather updates offshore via emails 2 times a day. Asking as I was about to buy the IridiumGO but I have got many comments to look into handhelds instead.

I really don’t see any utility in hand-held closed system devices like InReach or SPOT for offshore sailors. Just too limited in their abilities. Fine for say a wilderness hiker who wants to just send a position and get short text forecasts for his or her exact location, but for we who want full email and larger GRIB files InReach is a fail.

Hi John, I am looking at a GO as well as Sky Mate as one of these ormSSB is required for the Salty Dawg. I wondered whether anyone has used Sky Mate.
Thanks, Ann

I would stay away from Sky Mate and buy a GO! or an Iridium phone.

Sky Mate is an extremely low volume data option (much like hand held devices like InReach). For example the highest amount of data you can get on Sky Mate is 50 Kb. That’s less than the size of one decent sized GRIB file. And at $69.00/month it’s a huge rip off.

Also SkyMate has no voice capability.

This seems to be coming up a lot, so maybe I will write a post on these things. But the bottom line is that an Iridium Phone or GO! is way more functional for a cruiser and will actually cost less money to use in most cases.

I just read the requirements for the Salty Dawg and see that they require two independent systems for sending a position report.

Assuming that you don’t have SSB, I would certainly not install one: https://www.morganscloud.com/2014/07/04/ssb-or-iridium/

So we are left with how to satisfy the requirement.

First off, the key thing to understand is that message boxes like Sky Mate, InReach, SPOT, etc are not a substitute for a proper satellite data and voice system like an Iridium hand set or GO!, because they have no voice capability and really no weather capability, other than short text forecasts.

So given that, and assuming you have no SSB, I would just get a GO! or Handset (see all that I have written on Irdium for how to choose) and then add the cheapest hand held messaging gadget that will be acceptable. I’m guessing that would be Garmin InReach or SPOT, not SkyMate.

But, once again, the key point is that these short text message gadgets are not a substitute for real satellite data and voice gear.

Also see this online book, which I have just cleaned up, for how to get weather forecasts with Iridium: https://www.morganscloud.com/category/weather/book-weather-analysis/

Hope that helps, and have a good voyage.

Sorry, just reread your question, and realized that I went off on a bit of a tangent in my answers with a lot of stuff you clearly already knew. Must have been before my first cup of tea! Anyway, hopefully I covered what you needed to know. If not, leave another comment and I will answer it after I’m properly caffeinated.