This is a free sample chapter from one of our Online Books, enjoy.

And don’t miss out on the comments (scroll down past the author bio).

Navigation and Marine Electronics Chapter 13 of 29 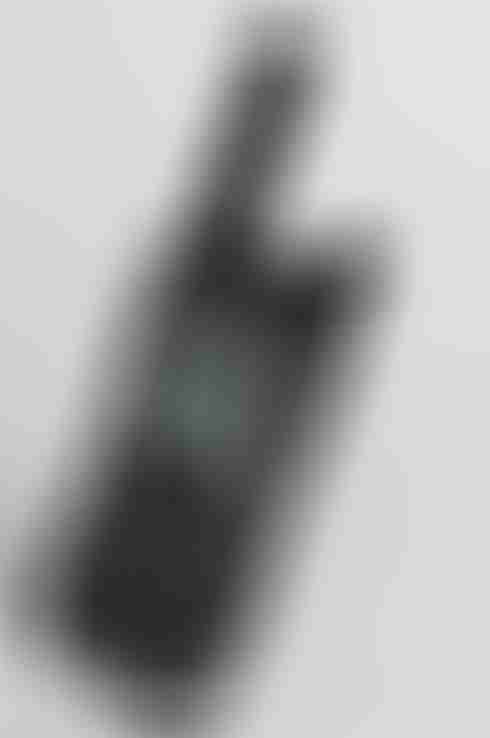 In this chapter I’m going to look at the two main hardware options, when offshore or in remote places, for receiving weather information as well as other communication needs:

Should an offshore voyager fit a marine single sideband radio (SSB) or an Iridium phone or GO! or even both?

Yes, I know there are other satellite options such as Globalstar—which isn’t global—but my purpose here is to compare satellite and SSB radio, not delve into the complexities of which satellite system is best, and Iridium is a good representative system.

I’m not going to do a detailed analysis of purchase price simply because this is an overwhelming win for Iridium and also because any analysis I did would be out of date five minutes after I wrote it. But the summary is that you can put a full-on Iridium system together with external antenna and data kit for about US$1500, but a properly installed—if you do it yourself—marine SSB system with radio, tuner, and PACTOR modem is going to run you about two and a half times more (US$4000). And the new Iridium Go drops the price to US$1300.

I was an early adopter of both HF SSB and Iridium and I can tell you, based on that experience, that installation is another big win for Iridium. Yes, things can go wrong with the software to connect to the satellite phone, but solving those problems, particularly if you use UUplus instead of Iridium’s native drivers, pales into insignificance when compared to the complexities of putting together a really good SSB installation: antenna, counterpoise, voltage drops, can all make you crazy, and don’t even get me started on the joys of chasing stray RF issues! If you don’t believe me on this, just have a read through some of the forums on HF SSB installation.

The cost of data transfer would, at first glance, seem to be a killer win for SSB since it is free for those with an amateur radio (ham) licence using Winlink and just $250 a year for Sailmail for those without. And since we recommend UUplus at $357 a year for use with Iridium, and Sailmail obviates the need for that, albeit with less features, the win is even bigger for SSB.

But before we get too carried away here, let’s not forget that the voyager who buys an Iridium has over $2000 worth of savings in hand as against SSB.

Based on our own usage while out voyaging, which is generally heavy due to the needs of this web site, I would say that saving will fund Iridium usage for at least five years of passaging, as long as the voyager uses cell (mobile) technology for voice and data when near land, an option that is getting easier in most countries with the increased availability of pay-as-you-go cards.

You can learn more about how to minimize your Iridium charges and still get really good weather information, both tactical and strategic, in this chapter.

Ease of use is another clear win for Iridium: turn it on, click on the send/receive button on UUplus, and you are done. Even if the call drops out, UUplus will elegantly reconnect and pick up where it left off. If we contrast that to tuning a radio, listening for other traffic, and understanding the complexities for RF propagation, there really is no contest.

Traditionally, SSB was the preferred way to call for help or medical advice in an emergency when far from land. Back in the day before satellite phones there were hundreds of stations around the world staffed by professional operators that listened intently for radio traffic on many different bands because they made money from telephone patch calls by doing so. These same operators would hear and respond to even the weakest call for help.

Today most (all?) countries have shut down their commercial HF radio stations, and ships, while still required to monitor 2182 on SSB, use Digital Selective Calling (DSC) and so are no longer actually listening by ear.

And even if a station is still listening in theory, I’m going to guess that manual monitoring of HF radio is a pretty low priority. Or to put it another way, when an operator has not received a non-DSC HF call for hours, days, or maybe even weeks, how high do you think the volume is set on that HF radio next to him or her?

Contrast that to an Iridium phone, where you can do as we do and program all the applicable Rescue Coordination Centres’ (RCC) telephone numbers into speed dial, so you can be talking to someone in seconds with the press of a single button, without any worry about propagation or interference.

And with Iridium phones as small as they now are, you can even take yours with you into a life raft—waterproof case recommended for older models, new model is ruggedized—or ashore on a hike in a remote place in case someone gets hurt.

Further, an Iridium is self-contained with no reliance on an external antenna, that will come down with the rig, or ship’s power (as long as the battery lasts), that will probably fail in a flooding situation, as SSB is.

One advantage for SSB is that, if it is fitted with DSC and you activate it, an alarm will ring on the bridge of any GMDSS equipped ship within range. Sounds great in theory. But from what I hear, albeit anecdotally, the mechanism whereby most yachts in distress are rescued by a ship is that the yacht activates an EPIRB and the area RCC puts out a request to assist to all ships in the vicinity via Inmarsat, so realistically HF SSB doesn’t, in most cases, play a part.

Given all that, when faced with choosing between Iridium and SSB, what should you do? Here are my recommendations:

If you have neither of the two technologies installed, buy or rent an Iridium phone or GO! and see how you like it before spending twice that on SSB.

If you already have a good HF SSB installation but no PACTOR modem, as we do, the decision is harder, but I think that I would still recommend buying an Iridium first because of the ease of use and compelling safety benefits.

If you have a full SSB installation with PACTOR modem and are happy with it, by all means stick with it, although I would still consider an Iridium for the backup and safety benefits it provides. And if your SSB does not have DSC, I would up the Iridium to required status.

No matter what you have installed, if you don’t actively enjoy messing with technology, go with Iridium every time. Heck, I’m an electronics technician by trade, and I’m happier with Iridium.

If you do decide to forgo SSB then you should definitely fit an EPIRB since an Iridium phone is not a recognized distress device under GMDSS, but then I personally think that’s a sensible requirement no matter what other equipment you have aboard.

If you decide to forgo SSB, what about receiving weatherfax maps, something that we still recommend in addition to GRIB? Well, you can download the same maps from the internet using Iridium data, albeit at a cost of US$1.00 to 3.00 a chart, which can add up in a hurry. However, with unlimited data on the GO! this no longer matters.

If you only make the occasional ocean passage, renting an Iridium phone or GO! can be a compelling option that confers yet another advantage for that technology over spending $4000 on SSB that you only use occasionally.

First off, you should know that I’m an old curmudgeon whose worst nightmare would be having my voyaging life structured by the requirement to sit in front of a radio at a specific time(s) of day, every day, to chat on a cruiser net, therefore you should factor that in as you read this chapter. (I share this not to claim any virtue for my position, but just so you can put my thoughts in context.)

Having got that admission out of the way, if you like to talk on the radio, you may want an HF radio (ham or marine SSB) just for that purpose but, even so, I would still look long and hard at Iridium for important data such as weather, before you add PACTOR. And it might be a good idea, in this case, to look at becoming a ham since, as I understand it, the radios available to hams are a good deal less expensive than marine SSB.

As part of the research for this chapter, I spoke with Steve Pegg, watch stander at Bermuda Radio, an RCC that handles many offshore yacht emergencies every year. I asked Steve what communications equipment he liked to see on yachts and his answers were:

Not surprisingly, the first and most emphatic words out of Steve’s mouth were “all yachts should be fitted with 406 mhz EPIRB and it is vital that it be properly registered”.

While in a perfect world Steve would like to see yachts equipped with both SSB and a satellite phone for redundancy, on a practical basis he stated that Iridium is more useful in an emergency because it is easier to use and the communication more reliable than SSB. Steve said they had often had problems communicating over SSB with yachts due to operator errors (at the yacht end), only made worse by the stress of an emergency.

He did qualify that with a recommendation that the Iridium be fitted with a permanently mounted external antenna as they have also had problems with people trying to use a hand held phone while sheltering below.

There is no question that there are benefits to SSB but, let’s face it, it is most assuredly yesterday’s technology and the future lies with satellite communications. If you still want an SSB for whatever reason, that is absolutely fine, but I would argue that SSB is no longer a need.