Navigation and Marine Electronics Chapter 1 of 29

Knowing Where It’s At 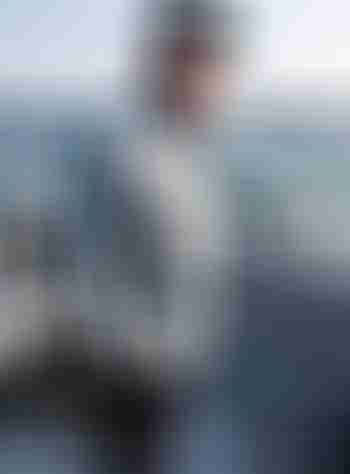 This retired fisherman and lifeboat coxswain from Clarks Harbour, Nova Scotia, is not the hero of my story, but I bet he could pull off the same trick

It’s an old Newfoundland story. The details change depending on who tells it but the essence of the story is always the same:

A young “come from away” goes fishing several miles offshore with a veteran Newfoundland fisherman in an open skiff. The fog comes down “t’ick as shit in a barrel”. There are no navigation aids in the boat, except perhaps an old compass with half the oil drained out mounted right next to the engine.

The old skipper is unconcerned and keeps fishing, despite the worried glances from his companion.

At the end of the day the skipper tucks the tiller under his arm, lights his pipe and steers confidently into the fog. Perhaps he stops the engine a couple of times to listen. An hour later he suddenly turns hard to starboard and his wharf looms out of the fog just 30 feet ahead.

The young man is astonished. “Skipper, how did you do that?” “Do what?” answers the old fisherman, his eyebrows raised in perplexity. “For crying out loud Skipper, how’d you find your way home?” The old man looks even more perplexed. This question confirms his suspicion that the young fellow, while very nice, is not that bright.

How It Was Done

Generations of fishermen have found their way with few, if any, modern aids to navigation. The ancient Polynesians navigated the vast Pacific and the Vikings crossed the stormy North Atlantic.

Their techniques differed, but all these seafarers had in common a sense of space and time and their place in it. They were attuned to the cry of seabirds, the direction of the wind when the fog is in and the feel of the waves reflecting off the land around their intended landfall. They instinctively knew the speed they were making and the time to their destination. They knew where they were, and they knew where their intended landfall was.

What We Have Lost

Contrast their feel for the sea to the modern sailor hunched over an electronic charting system often installed below. To him or her the crash of surf on the rocks is a fearful reminder of the penalty for a mistake, not a source of navigational information.

Or worse still, many a modern mariner does not think of what the noise means, or perhaps even hear it, wrapped in the hubris brought on by ownership of sophisticated electronics.

The Best of Both Worlds

I am not suggesting that we deep-six our radar, GPS, and chart plotter. In fact, I would never have attempted our high latitude cruises without GPS and radar. After all, many old navigators who lost their boats and died when their sense of place failed them would have been saved by a $200 hand held GPS.

And today I'm a committed electronic navigator that rarely glances at a paper chart.

But there is a reasonable amalgamation of old and new. Phyllis and I have found that our continued use of traditional navigation thinking, coupled with modern electronics, not only increases safety but has the added benefit of keeping us more aware of what is around us—much of why we go cruising in the first place.

So what is it specifically that we do to make sure “we know where it’s at” while cruising some of the world’s more remote places on Morgan’s Cloud, our 56-foot aluminum McCurdy and Rhodes cutter? Read on: