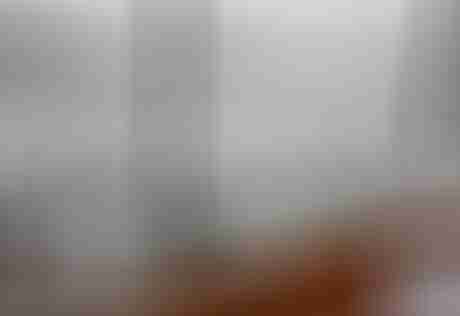 I have written in the past about our distrust of moorings and how we generally prefer to be on our own anchor when the winds blow hard. However, there is one exception to that rule: our own mooring at our Base Camp. We just had it checked and took some photographs of the process, which show how the mooring that Morgan’s Cloud has ridden out three hurricanes on is built.

We believe that the only right way to check a mooring that is sunk in soft mud, like ours, is to lift the whole thing every five years.

In our area, where the use of old metal parts like fork lift counter weights (our mooring in Bermuda) is banned, many people use concrete blocks, but we prefer granite because it loses less of its weight when submerged.

A hole was drilled right through each of the boulders to take a 1-1/2” (38 mm) diameter steel bar with an eye on one end that the ground chain is attached to with shackles that we had welded closed—no plastic wire-ties here.

We carefully laid the two boulders about 20-feet (6 meters) apart in-line with the one nautical mile longest fetch. The ground chain is attached to the up chain, then to the first boulder and from thence to the second boulder. We debated setting up the mooring with the up chain attached at the midpoint between the boulders but decided that, in our case where the fetch from all but one direction is a matter of yards, in-line arrangement would be better.

The mooring is in 20-feet of water at high water springs and we allowed for another 5-feet of storm surge.

All Chain is Not Equal

The ground chain is salvaged ship’s anchor chain that has lasted for five years with almost no deterioration.

When we initially laid the mooring we were only able to source, here in Nova Scotia, some no-name chain for the up chain. It was amazing how quickly it corroded; so the next time we drove to Maine, we picked up some American-made Acco chain, which, after three years, still looks brand new. All the shackles are American-made from Crosby and have held up well.

We winterize by removing the mooring ball and attaching a small and robust fish-farm float—which stands up well to the up to three feet of ice that we can get in our inlet—on a length of line so that all the chain is lying in the mud, which seems to result in significantly less wear and corrosion on the up chain than leaving the mooring in its summer configuration, as many do.

Guard Against a Fumble

I have attached a deep water trawl float on 4-feet (1.25 meters) of line to the joint between the ground and up chains in case we ever lose the upper end while winterizing the mooring. An eventuality that, without this buoy that could be easily found by a diver, would certainly result in losing the whole works forever in the deep mud.

How is your mooring constructed? Please leave a comment.