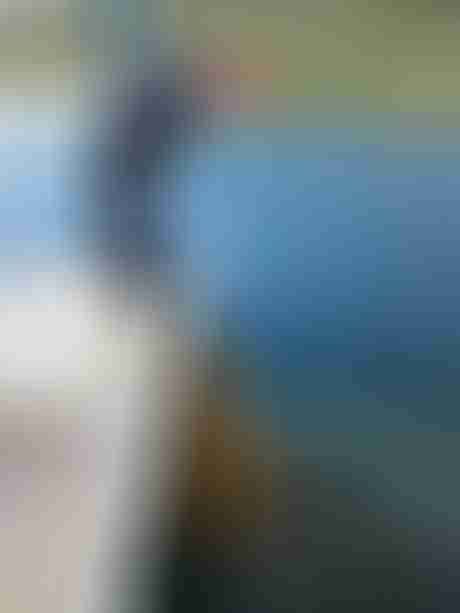 Are we anchored or moored?

After seven years of using a ‘new generation’ anchor, it’s been quite an education to go back to the older generation. A bit like exchanging your Porsche 911 for a Volkswagen Beetle—both will get you from A to B, but there the similarity ends. For the last two years we have chartered yachts for our survey work that came equipped with anchors from the earlier generation; both were of adequate size (a 45lb CQR and a 20Kg Bruce copy) and worked well enough once dug in or, in some cases, if you could get them dug in.

Last year we made five attempts to encourage the CQR to set in a weedy anchorage, before we finally gave up and moved elsewhere. The score for the Bruce this year was marginally better: it took three attempts to set in one anchorage, two in another, and a third anchorage where it failed to set twice, but held at the third attempt—only to discover in the morning that this was because we’d fouled an old mooring! Once in it held OK, although I was happy that we didn’t have any strong winds, as I’ve little faith in the smaller Bruces from previous experience.

What Could Be The Cause?

One of the problems that besets the older brigade in weedy bottoms is that due to their design they rarely dig in quickly. As a result, the plough drags across the bottom, rapidly gathering a big ball of weed, the end result being that the anchor has absolutely zero chance of setting properly. The new generation anchors (Spade, Rocna, Manson, etc) have a sharp tip and are designed to set very rapidly, and so cut through weed and dig in far more effectively and in far less distance. That’s not to say that they work every time, though, and on a couple of occasions we’ve had our oversized Rocna fail to set in really heavy weed—nothing’s perfect, and it does remind us not to be complacent.

Technique with either generation can help though. Dumping the chain out in a big ball and then going rapidly astern is likely to drag any anchor along the bottom and choke it with weed, but we’ve seen this happen time and time again. Far better to go slowly and work the anchor in gently (if the wind and tide will let you). We don’t do anything fancy or different with either new or old generation anchors—our technique is just the same and relies as much on patience and practice as anything else.

What Works For Us

Once we’ve selected our pitch, we have the anchor ready to go, over the bow and only just held on the windlass brake. We make our approach as slowly as possible, go just beyond our drop spot, then stop the boat and go gently astern (with just the aid of the wind if possible) so that the boat is just drifting slowly backwards. At the desired spot we let go manually with the brake, not with the windlass control—once it’s time to lower the anchor we want it out and on the bottom first, not the chain, and in the selected spot. We veer the chain fast but under control to avoid snarl ups, and so that the chain is as far as possible lying out in a straight line and with no tension placed on the anchor. We normally go to five times the current depth, then gently snub the anchor on the windlass brake. Only then do we go back into gear at the lowest possible revs and slowly back up to bring the chain up tight and work the anchor in.

If it drags for more than say ten metres, we bring the anchor up again, as it’s almost certainly choked with weed. In any case if the anchorage is small or busy, we’re probably by now not going to be lying where we had planned, and we’d rather start again and be happy with the end result, rather than endanger ourselves or another boat. If it holds (or seems to), then we progressively up the power until we’re able to hold the boat on station at (at least) half revs astern for a minimum of thirty seconds. This may seem excessive, but there’s a big risk in weed that you have gathered such a heavy ball of it on the anchor that you are not, in fact, anchored, but ‘moored’ to the ball of weed. If that’s the case it will slowly drag when you really put the power on and you’re going to have to sort it out and try again. Otherwise, when the first solid wind goes through, you’ll be doing what we call the “Canna shuffle”, named after one of our favourite (but notoriously weedy) Hebridean anchorages, where invariably, whenever there is some wind, many of the boats that were in one place when you turned in are in quite another when you wake up in the morning.

Once you’re happy that all is well, it’s time to adjust the cable to the expected tidal height as far as space and neighbours will let you. If possible we’ll always ask any boats around us what they have out themselves to ensure that we all lie in harmony if the wind shifts. In fairness this is where we often use our shoal draft to maximum benefit, sneaking close inshore or out to one side of the anchorage where we are unlikely to have another boat drag down on us—we trust our own gear and skills, but we just can’t be sure about others.

It’s vitally important to make absolutely sure that our anchor is set properly. It might be a pain in the neck when you and your crew are tired and simply want to be settled in but, in our experience, that’s the very time not to drop your guard.