On 28th December last year a beautiful Saga 40—an English design not to be confused with this boat—was lost when she went ashore at Sint Eustatius in the eastern Caribbean when a mooring provided for yachts by the local marine park, STENAPA, failed in what looks from the photograph to be benign conditions. 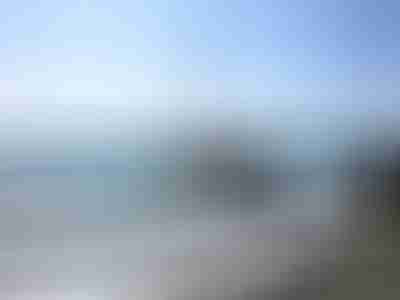 As might be expected, Kantele’s owners blame the mooring provider for the loss and are hoping for compensation; however, the management of the marine park contends that the fault lies with the owners due to the way in which they secured their boat to the mooring.

While our personal sympathies, albeit based on limited information, lie with the owners of Kantele, our purpose here is not to take sides but rather to use this sad incident to warn others of the potential dangers of using loaned or rental moorings, and not for the first time.

The open roadstead at Sint Eustatius is an inherently dangerous place for a boat that is also subject to rapidly increasing and hard to predict ocean swells. It might be logical to assume that moorings provided in such a place would be built to a higher standard than those installed in more sheltered harbours.

STENAPA at the time provided information about their moorings on their web site that included an unusual instruction that yachts should add their own bow line to the pick up line, rather than cleat the pick up line on the boat. The idea here seems to us to be that the mooring gear alone does not provide sufficient scope to be safe. They also suggested that “During heavy seas, it is recommended to use an anchor as additional support”. The implication to us seems to be that the moorings are not strong enough in and of themselves to survive conditions that often occur at Sint Eustatius.

Bottom line, do not assume that a mooring, even one provided by an established and reputable organization, is up to the job of looking after your boat.

This is not a one-off situation either: Last summer our European Correspondent, Colin Speedie, dragged a mooring after being assured that it was adequate to handle his boat’s size. And, a number of years ago, at Porto Santo Island, with a strong gale coming, we were told by the local authorities that we were not allowed to anchor but had to pick up a mooring and that it was more than adequate to handle Morgan’s Cloud’s 26 tons. An assertion that was quickly withdrawn when we dragged said mooring across the harbour with just 1200 rpm of reverse thrust on our engine.

Over the years we have been invited, more times than I can count, to pick up moorings that upon investigation turned out to be grossly inadequate for our boat size, poorly maintained or, often, both.

In summary, we strongly believe that a properly equipped voyaging boat is generally a lot safer anchored on her own gear than on a mooring. And that goes double for places like Sint Eustatius and Porto Santo Island where the result of a mooring failure is frequently total loss of the boat.

If you do decide to pick up a mooring, particularly in a hazardous place, we suggest that you dive on it to verify its construction yourself or failing that, leave someone aboard the boat at all times.

We keep beating on this drum because the hazard of moorings really makes no sense on a fundamental level, particularly to those new to cruising. After all, you don’t check the supports in a multi-story parking garage before leaving your car there. Nor do you need to check the web site of said parking provider to see if you should chock the wheels of your car and park it half a car length back from the marked parking space to be safe.

The Canadian Broadcasting Corporation (CBC) held an interview with Gary Pittman, owner of Kantele. It makes pretty chilling listening and further reinforces our basic distrust of moorings and preference for our own anchor gear.

The full interview runs 7 minutes. When run from the screen, it seems to cut off halfway through, but if you download it to your computer and then listen, it runs fine.

Sadly moorings are quickly taking over the Caribbean and having dived on many the quality and maintenance leave something to be desired. Made worse in places like the BVI where, when they come around to take your $20, they also have you sign a paper that says that you absolve them of any responsibility and that you accept responsibility for any damage your boat might cause to other boats or property if their mooring decides to go walkabout. While I see the need in a place like the BVI, with its huge bareboat fleet, for mooring fields, if the BVI is going to go the route of requiring cruisers to use moorings they should also make sure that they keep them up to a standard where accidents like the one described cannot happen.

Personally I am truly in love with the sea, a passionate sailor and a professional scuba diver. So for me, seeing the damage on coral reefs made by anchors, support the IDEA of moorings. Of course, they will have to be designed for relevant loads and where they are not this is a real problem, just as an insufficient anchor setup would be.

But the oceans are badly hit by pollution and reckless behavior as it is, and the seas is more important to this planet than being sailing grounds only. So in sensitive areas I would like to see more moorings, but properly set up for the safety of us using it as well as the reefs.