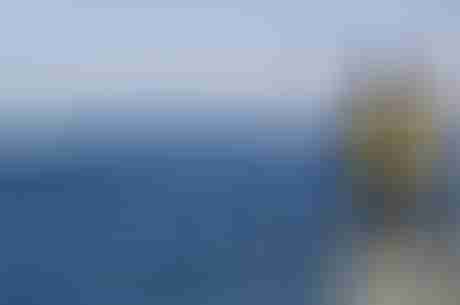 The first law of getting great shots of anything at all is the simplest – be ready.  Your camera should be near to hand, battery charged, memory card clear and with a clean lens on the body. If you can, make a secure place to stow it under the dodger or in a cockpit locker where it’s easy to get at. Failing that, or if the weather is poor, then down below somewhere safe. More great shots are missed because the camera is buried in a locker in its component pieces than through any other factor – I’ve missed more than one shot of a lifetime like this, and I’m far from alone.

We’re lucky enough to have a couple of camera bodies, and we set them up differently. One has a full frame sensor and is a little older and slower, and so is better for seascape and wide angles, so that one we fit with a 17-35mm wide-angle zoom lens. The other, the photographic equivalent of a machine gun (up to 10 frames per second), is fitted with a 70-200mm Image Stabilised fast zoom, and if the light is bright we’ll attach a 2x teleconverter to make it a 140-400 zoom. Both bodies are set to shutter priority, and adjusted to suitable speeds for the lens and light.

Many people obsess about long lenses for marine wildlife – in fact, for bigger animals like whales, or even speedsters like dolphins (when at close range), wider lenses can be better. With their greater depth of field they’re always close to in focus, and enable you to capture far more of the animal (if it’s big) or the interaction if more than one animal is present.

Getting ready to take the shot

If there is any sea running, try and reduce the boat’s motion – we tend to heave-to downwind of the animals if possible. Work out in advance where there are safe and secure places on deck where you can brace yourself to make a steady platform for the camera. If at all possible choose the side of the boat where the light will be behind you – shooting into the ever-changing light can be challenging to say the least. Wearing a harness that allows you to wrap the tether around yourself and a shroud or the mast will not only keep you on board, but will also allow you to use both hands for the camera. If you can, spend some time simply watching the animal to see if there is a rhythm to its behaviour – then check your camera set-up to make sure it’s suitable for the action and conditions. A few moments spent in this way will make for far fewer disappointing images, and allow you to commit some live action to memory.

Dolphins interacting with a boat will only spend a fraction of the time above the water, so keep both eyes on a single animal and try and anticipate where and when it will break the surface. With a wide-angle lens, choose a shutter speed of around 1/500th of a second in good light and leave the autofocus switched on. Watch the selected animal with both eyes, simply point the camera at it (or just a fraction ahead of it) and keep pressing the shutter button gently every few seconds to activate the focus. That way the camera will be as close to focus as possible when the animal breaks the surface, and should be well in the frame.

You can use a similar method with a longer lens, except that the shutter speed will need to be greater (say 1/1000th of a second at least), and more use of the viewfinder is necessary. Once your two-eyed view shows you where the animal is likely to surface, then scan the area through the viewfinder and get ready to go. If conditions are really calm, it’s possible to set the camera to follow focus, but I find this is less useful for marine life than birds, for example, where the camera can track the action. It can help to turn the autofocus off and focus manually if there is any sea running, as the autofocus will often lock on to a wave rather than the animal, leaving you with a perfectly focused wave and a blurred animal.

Once your technique is improving, and you’re getting good, sharp images, it’s time to work on seeing the picture you want. Panning the camera with the animal can make a difference in terms of getting sharp images, especially with smaller point and shoot devices. Slowing down the shutter speed with fast animals can make for some dramatic blurred images, giving a real feel for their dynamic energy. Shooting wide with whales gives an impression of their size, whereas a long lens will allow you to capture more behaviour. Shooting really wide can allow you to put an animal in the context of the place, especially if there are recognisable coastal features that will bring back pleasant memories later.

Another factor that helps is a respectful attitude towards what are, after all, wild animals. Not only are many whales, dolphins and other marine species protected by local laws, but they are far more likely to dive or move away if you intrude too close to them. Of course, some animals will approach a boat, which allows for great photo opportunities, but when they’ve had enough let them go on their way. Passive, sensitive boat handling around marine life always pays, and you’ll get better, more beautiful pictures that will tell the proverbial thousand words as a result. 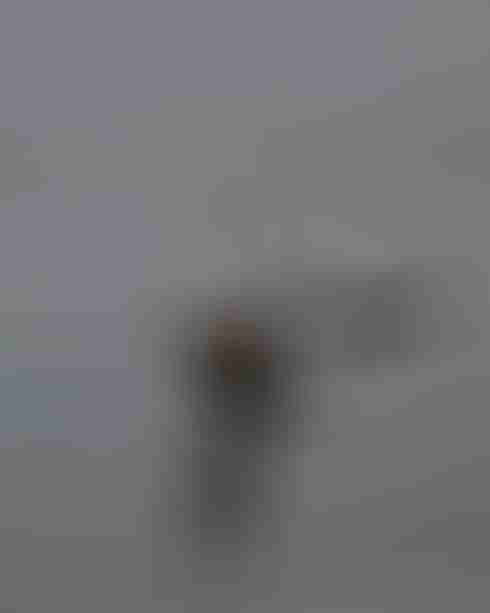 After a night of torrential thunderstorms, and a high spring tide, the Firth of Clyde was full of floating timber. And in the unearthly light of a flat calm dawn, nature was waking up. This arctic tern settled on a log just ahead of us, so we shut down the engine and just drifted towards it. There was only a moment to capture the image, and so I thanked my lucky stars that my camera was ready and with the right long lens fitted! 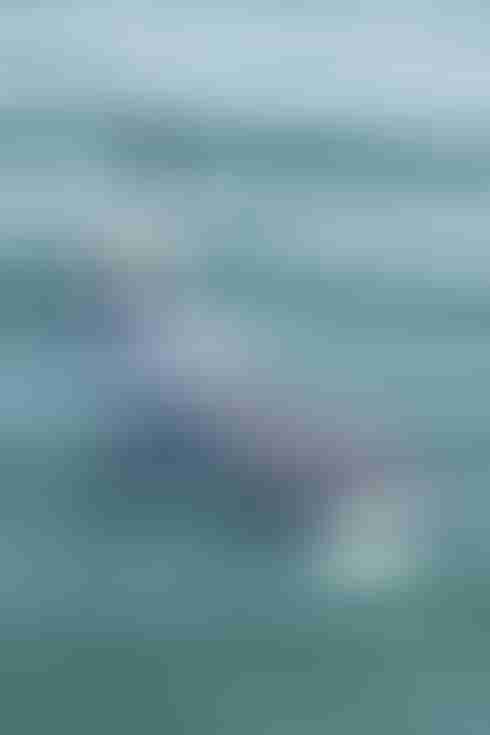 Capturing the essence of nature is what it’s all about – and it’s not always as easy as it sounds. The basking shark is a primeval creature, colossal and mysterious, so I was delighted to get this shot that captures a glimpse of its essence. But a polarising filter fitted to the lens (if I’d had time!) would have removed the reflection on the water and made it perfect – next time, though…. Prepare, dammit! 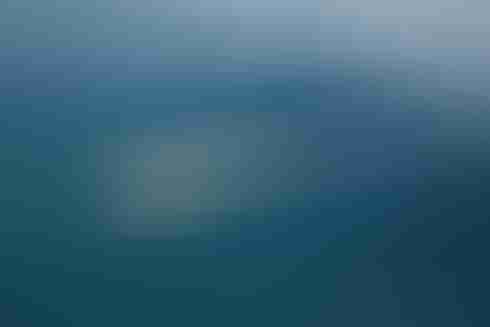 A photographic agent friend said to me not to send him any more pictures of dolphins unless they had (a) the dolphin wearing a tux, and (b) playing the trombone – at the same time. But that doesn’t mean you can’t try and get something original. Tracking the action with both eyes and watching carefully for the ‘moment’ is the secret, and panning gently with a wide-angle lens is one way of doing that – and any camera will do. 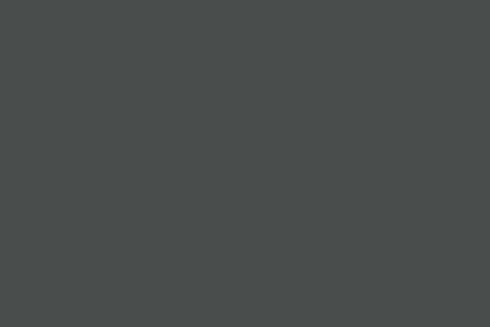 In Scotland, the grey seal is called a selkie, and is credited with all kinds of mystical powers. I wanted to capture something of that element, and this obliging female helped me out by hovering below the surface as if in a trance. Manual focus was necessary, though, as the light on the surface might have confused the autofocus – and lost the shot. 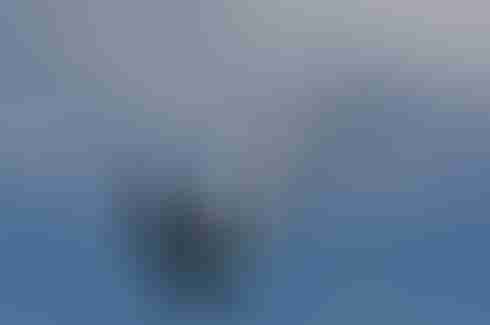 Arctic skuas are unafraid of anything – even a fellow predator like a lesser black-backed gull. We had an aerial battle rage around our mast for a couple of minutes whilst the skua tried to force the gull to disgorge its food, and the gull tried to find shelter around our rig. And the result was, of course, a foregone conclusion. In conditions like this follow focus and high speed continuous shooting works well. 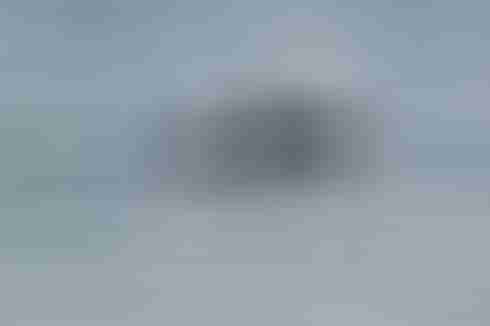 Bottlenose dolphins mothers are strongly protective of their offspring, preferring to avoid boats, so it’s rare to get a good image of the youngsters. This picture shows just how powerful that bond is, with the two calves sticking close to their mothers. By handling the boat carefully and allowing them to overtake us, they plucked up the courage to come and take a quick look at us, but without a long lens the image would have no impact at all. A happy combination of great new technology and old-fashioned fieldcraft. 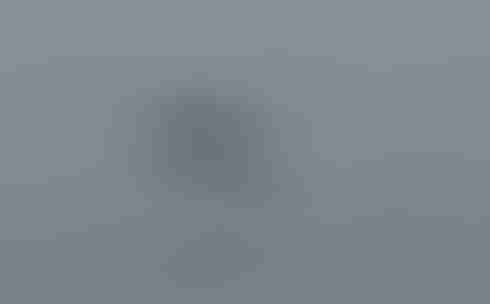 Dawn again, on a truly Hebridean morning of drizzle and rotten light – not the best conditions for photography. But the sudden arrival of a small pod of common dolphins soon woke us up. And this ebullient little calf stole the show with a great display of aerobatics. But how to get a fast enough shutter speed to freeze the action in such poor conditions? One way is to increase the ISO (film speed) setting on your camera, as I did here. Taken a few years ago, I was happy enough to get the shot – any shot, under the circumstances – but the latest generation of digital SLR’s make light work of this, as at even ISO 1600 they have astonishingly little grain, one of the major advances of the last few years. 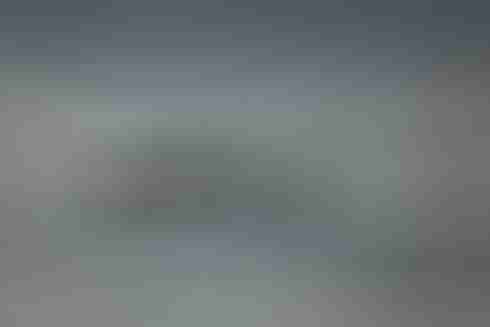 Humpback whales are still very rare in UK waters, so it’s always a thrill to see one. This youngster had found a shoal of sprats to feed on and was lunging through them repeatedly, blasting the excess water out through its baleen plates before diving to repeat the process – the gulls and auks filling the air with their shrill cries whilst they picked up the scraps. The birds often take off from the water a second or so before the whale hits the surface, giving àway its arrival to the photographer – watching and anticipating the action always pays off. The use of a long lens here allowed me to really get to the heart of the action in the most intimate way, and without disturbing the whale. And every time I look at this image, I am taken straight back there, the sight, the sound, the smell, the moment and the company – and isn’t that what it’s all about?