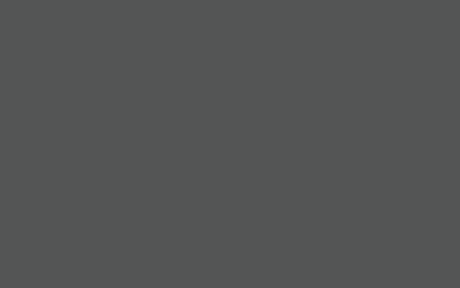 This morning, Phyllis and I went out for a short walk in Northeast Harbor, Maine, where we arrived yesterday after an overnight sail from Nova Scotia. We were more in search of sticky-buns than photographs, but I slipped the newest and smallest of my three cameras into my pocket, just in case.

It was a rainy old morning and I would not have bothered carrying either my large camera with all its paraphernalia, or my medium one, which still requires a bag, albeit a small one. (More on those systems in upcoming posts.)  But because my Olympus XZ-1 fits into my coat pocket, I grabbed it. In fact, since I got the XZ-1 I’m rarely without a camera, which is way cool, since I can’t tell you the number of great shots I have missed over the years when my bulkier gear was back on the boat.

Other features of the XZ-1 I like a lot, aside from its size, are:

All in all, it is the nicest pocket camera I have seen to date with by far the best image quality. It makes a great small camera for the enthusiast and would also make a good first camera for any voyager just getting into photography.

The XZ-1 is still a great camera and you can get incredible deals on them on eBay.

Olympus now sells the XZ-2, which builds on its predecessors strengths and adds even better image quality, particularly in low light.

The last shot reminds me of Annapolis Royal.

I’m a long time photography enthusiast who grew up shooting 35mm and made the transition to digital in more recent years. I’ve had several different brands. I really like the Panasonic Lumix series which offer a great deal of optical zoom which works well for my wildlife photography on and off the boat. They have been getting progressively more compact. The Leica manufactured lens delivers good image quality. There are lots of good choices out there.

I think the iguana shot was one of my better images and that was shot at around 10x zoom.

Hmm…a reason to come back to Olympus, perhaps? (I’m in the middle of switching from Olympus to Nikon gear at the moment.)
Not that I have much against Olympus; my old C-series digital has served pretty well for eight years, and the optics are remarkably fast and sharp for such a small lens.
But Olympus’s support has been less than stellar; components like memory backup batteries that should be serviceable by any technician are, instead, proprietary custom bits that were discontinued along with the camera. Firmware glitches went unfixed. They don’t seem to understand why anyone would want to repair an old camera when you can just throw it out and buy another.
At least Olympus still has real exposure and focus modes on the small cameras, instead of those damned “scene” modes that everyone else uses now. (And fast lenses, yay!) In that market, unlike in SLRs, they seem to still be a strong competitor.

Love the slideshow, John, as always. It is a wet, gray day here so it is lovely to see some fall colours.

Yes, Olympus are in some ways a strange company and are engaged in a huge corporate mess at the moment. I don’t think I would invest in their larger cameras, but I still think they hit it out of the park with the XZ-1. And if they follow through with their announced plans for a professional quality micro 4/3 body I would have to look seriously.

Interesting article. My old Canon D10, their adventure pocket camera which is water proof to over thirty feet, cold proof and shock proof, is in need of replacement after three years of abuse. Do you know if Olympus still makes a similar product and if so, how does it compare to the quality of the camera you have?

No, I don’t know of a ruggedized pocket camera with the image and lens quality of the XZ-1. However, there is a really nice<a href="Olympus PT-050 Under Water Housing for Xz-1 Digital Camera“> underwater case for it.

Hints on photo composition would be interesting. I have been using a Leica D-LUX3 for a couple of years and am satisfied with the results. On our latest sail to the West Coast of Ireland, however, I have been worried about getting spray on the camera. Any ideas on how to protect the gear?
And can you recommend a good digital projector for home use in general? For convenience I am slowly weaning away from my good old slides, although the resolution when projecting cannot be beaten, I think.

On keeping spray off the gear, see my comment below about waterproof housings. Also, I have found that most cameras are much more robust and resistant to abuse than people think they are. I regularly get my gear wet and it keeps on working, although that is not a guarantee :-). Just make sure you wipe the water off, particularly if it is salt, before storing.

On digital projectors. I have found all but the most expensive ones very disappointing. Instead of investing in one, I would buy a good quality large monitor and colour correct it. You can show at least a dozen people your shots on it, and you will have a decent monitor for photo editing.

Thanks John,
As always your blog offers good advice and new angles to yachting and many other subjects. I will look at a larger good monitor instead of the projector.
B r Niels, s/y AUK

I would appreciate very much a series on photography. Composition continues to be a challenge but also the correct lighting with auto everything cameras never seems to be right and a lot of potentially great photos, particularly of people, turn out to be very poor snapshots.

Yes, understanding of light and exposure is huge. Rather than tackling it myself, I think I will do a post recommending some books and photography web sites that have helped me.

On Sakari we have a Lumix AVCHD Lite HD, which we bought a couple of years ago after going through two cameras in less than two years. We love it because it is waterproof up to 5metres, shockproof and dustproof (both previous cameras suffered from dust/grit in the lens as it zoomed in and out of the housing).

I have to say we have been really impressed with the results – tho in a different (read lower) class than yours, and the fact that it is so easily carried.

This year we have decided we now need something that offers more, and also to learn more about taking great images. So, I am really looking forward to your series and the help it will give in choosing what kit to buy (hopefully in the Jan sales – so no time pressure there :).

I also recall that you undertook a wildlife photography course a while ago and learned a lot. Is there perhaps a couple of books you could recommend as an intro to using higher level kit in the kind of outdoor environments we pass through? I guess in reality we are only just above the beginner level…

As always – really appreciate your site.

Yes, I took a great course with Bob Krist, however it was on travel photography, not wildlife.

Great idea on a post on the how to photography books that have helped me. I will put it on the list.

EWA Marine make a range of soft plastic pouches for a wide variety of cameras, which are great for use on deck in wet conditions, but for really rough stuff, or occasional diving a housing is a much better bet.

Like you we carry pro level SLR kit, but more and more I find it clumsy, heavy and too conspicuous for everyday use. Having the S95 means that the camera goes everywhere with me, and as a result I’m taking far more pictures, one of the best ways of getting better that there is!

Great idea on the series, and I’m sure it’ll be well worthwhile.

I agree completely, the S95 is a great pocket camera and in fact was on my short list when I bought the XZ-1. What swayed me in the end was the slightly faster lens and larger sensor on the latter. But on the other hand the S95 is, I think, substantially smaller than the Olympus…I guess cameras are, like boats, always a compromise.

Anyway, as you know, the differences are minimal and immaterial to great photographs when compared to what and how you point them at!

One other point that often gets overlooked with these pocket cameras is that you never have to worry about dust on the sensor, as you do with SLRs where lens changes can admit dust, however hard you try avoid it. It certainly saves carrying yet more cleaning kit!

Great photos John. Love your website too and your comments that allow me to inch from dream to plan to eventually getting my feet wet…one day. Your site gives me inspiration and reminds me there’s more of life ‘out there’ to delight in.

Thanks for the kind comment, the kind that makes the work on the site all the more worthwhile.

Let me add a comment about photographing one’s sailing adventures: 1) Be sure to take pictures of every day life at sea, like your wife cooking dinner, someone sleeping while off watch, talking on the radio to a buddy boat, catching a fish, on deck reefing the main, etc. 2) When in a new exotic place take photos of you or your wife interacting with the locals like bartering for something in the local market, pictures of the locals themselves, etc., not just scenic shots of a beautiful anchorage. 3) Take some sequence shots like when getting ready to leave an anchorage, take a picture of getting the dinghy on deck, putting the out board away, raising the anchor and sailing out the harbor (that will get some animation to any slide show you do). 4) While putting together a slide show for yourself or friends, pick out the pictures that tell a story, don’t just use the best technical shots. 5) Finally, DO put together a slide show that will take about an hour to an hour and a half; because every time you give it (even ten or twenty years later) you will relive the adventure. If you don’t put together a slide show, you will probably not look at the pictures very often.

A great comment full of really good tips, thanks. I particularly like the point about telling a story.
(For those that don’t know him, Scott is a two time circumnavigator with lots of great photos of those voyages that he regularly shares through slide shows.)