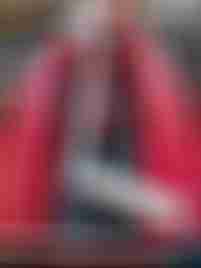 We recommend that those who voyage offshore or dream of doing so take the time to do some racing, preferably offshore.

Now I’m not suggesting that racing, and particularly ocean racing, is for everyone. In fact, despite having done quite a bit of it, or perhaps because of that, I have a fair amount of sympathy for those that say such pursuits are only for the seriously unhinged. In fact, on Morgan’s Cloud we have a saying when things are nasty and uncomfortable: “Could be worse…could be racing”.

But here is an example of why doing at least a bit of racing may help you enjoy your cruising more:

Three weeks ago (mid-October) we were crossing the Gulf of Maine from Nova Scotia to Maine. This is an overnight passage of about 170 miles that, although I have done it scores of times, I still treat with great respect because the entire track is subject to substantial current due to the world-record tides flowing in and out of the Bay of Fundy. There are some areas, most notably off Cape Sable, where the tides can run in excess of 4 knots, and even a 25 knot wind blowing against that much tide can generate a dangerous breaking sea.

As we left Shelburne in a dying northwest wind with a high pressure moving through, I was feeling pretty smug at my planning prowess. A bad situation for Phyllis who was, as usual, a captive audience for my crowing. I only got more insufferable as the wind died and we motored around the dreaded cape in a flat calm with no fog. (Cape Sable has the highest incidence of fog in the North Atlantic.)

And the forecast was for the wind to fill in from the southwest, which would give us a lovely reach all the way to Mount Desert Island (MDI), Maine. See how incredibly smart I am? (Now you know what Phyllis must put up with.)

But not so fast. Due to an un-forecast kink in the back side of the high, the true wind filled in at 15-20 knots, gusting a bit higher, from just north of west—just 20 degrees off the port bow when we set course for Maine. Some years ago, in my macho phase, I would have put up all working sail and puked my way (Phyllis does not suffer from seasickness) to Maine into a building tide-enhanced Gulf of Maine sea.

But the smarter, or at least older, John hoisted the main to steady her and motor-sailed, which let us get within 25 degrees of the wind instead of the 50 that we would have achieved, when you include leeway, under sail alone into the steep chop. For several hours we punched into it on port tack at about six knots, not quite laying the course to MDI, but within 10 degrees.

The forecast was still for the wind to back to the southwest and I could see just a hint of cloud in the moonlight out to the south. As we pounded along, I was thinking about the two options open to us:

An additional 10 degree shift to the north, which I was pretty sure was temporary, crystallised my decision: we tacked to starboard. Not an easy decision to make when it meant heading the bow further away from the destination, thereby reducing the velocity made good (VMG), as read off the GPS, to only a knot or so.

Two hours later the wind went southwest, a great development for us since we were, by then, well out to the south (see chart above). We tacked back onto port, shut down the engine, unrolled the jib and cracked off on a booming 8 knot reach, arriving in Maine just before noon.  The only drawback about my decision to take a tack to the south, at least for Phyllis, was that it put me firmly back in smug mode. (The same strategy would have worked without motor-sailing too, although we would have been a couple of hours longer due to the wider tacking angles.)

I was smugger still when I discovered that another boat on the same passage that had stayed on port tack, was so far to the north that when the forecast shift finally turned up for them, they were hard on the wind, motor-sailing all the way to MDI.

The point of all this gratuitous boasting is that there is very little information circulating in the cruising community about this kind of strategic planning and tactical execution. That’s a pity since getting a series of decisions like this right can make all the difference between a pleasant sail and a nasty slog.

Am I always right in these situations? Of course not. But years of racing—where making the wrong call puts you dead last and the right one in the glory, and let’s face it, us guys love the glory—has given me enough experience that I’m right a great deal more often than I’m wrong.

So, if you are a cruiser (or an aspiring one) that has never raced, do everything you can to get a crewing position on a race boat and watch the tactics used and their results carefully. Even a year or two of racing will teach you more about getting from here to there as quickly and comfortably as possible than reading a bunch of books, or for that matter, this post.

What do you think? Is a racing background a good idea for a voyager? Do you have a story in which racing tactics improved a cruising voyage? Please leave a comment.

If you are wondering about the red racing dinghy in the photo, it’s an International 505 that we found languishing in the back lot of a boat yard on MDI. I raced 505s for years—before going badly nuts and taking up ocean racing—and can testify that sailing a 505 is simply the most fun you can have with your clothes on.