Question: I’m planning to sail from south Norway in mid-June in my Oceanis 46, hoping to arrive in the Chesapeake Bay by the beginning of August. The crew will be 5 to 6 relatively experienced sailors. Presently I’m looking at routing via Færoe and Iceland, then across to Newfoundland and then coastal.

My idea is to be on the northern side of east-moving lows so as to get fair winds. I have excluded the southern option due to the risk of hurricanes even though it is relatively early in the season. I would appreciate your opinion on my route selection. 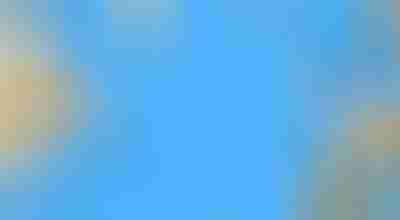 Answer: I think that, assuming a mid-June departure, you are wise to avoid the southern route with the early hurricanes we are seeing these days. However, the route you are planning will in all likelihood be a rugged one with lots of head winds, at least one or two gales and then fog and ice on the Grand Banks. You should only take this on if you are really confident in your crew’s and your boat’s ability to withstand these conditions.

Your strategy of staying north of the lows may or may not work, depending on their then-prevailing tracks, which are in turn generally dependent on the position of the jet stream. My guess would be that, unless you are very lucky, you will spend much of the trip beating, particularly during the last half.

Also, be very careful that, in your effort to avoid westerly winds, you don’t get any closer than say 150 miles to Cape Farewell (the south tip of Greenland). If you go any closer, you risk getting caught in dangerous wind and sea conditions caused by the crush zone between the stationary Greenland high and an Atlantic depression. It is also likely that at that time there will be pack ice extending as much as 75 miles south of the Cape.

In summary, the trip you are planning can certainly be done and has been done, but it will not be easy or pleasant. Also, I’m no expert on the Oceanis 46, but you need to be sure the boat and its gear is designed to take that kind of a beating.

How about leaving say 4 to 6 weeks earlier—I would want to be safely in the Chesapeake Bay by early July at the latest—and taking the southern route south of the Bermuda-Azores high pressure system? The south route at nearly 5000 miles is 1500 miles longer than the north, but I’m not sure it would take much longer since, if you play the high right, you will have fair winds most of the way. It’s sure to be a lot more pleasant.

The other option is to go north, but break the trip down into smaller hops, that can be timed for weather windows, by stopping in Greenland and Labrador. However, this option is very much dependent on the ice in Prins Christians Sund (to avoid rounding Cape Farewell close aboard), which does not usually clear until well into July. Also, even though the hops are short, it is a trip that can be tough too. The last time we did it east to west, we had a real dusting after leaving Greenland bound for Labrador and then a lot of weather to deal with getting south. If you decided to take this option, as well as making sure your boat can take the conditions offshore, it would be a good idea to be equipped and experienced to deal with anchoring and using shore-fasts to withstand storm conditions in remote anchorages with poor holding.