Question: I’m thinking about sailing to Greenland from my home in Germany. My boat is a very sound 33-foot steel sloop, which I have singlehanded often. The natural way to go to Greenland from the German coast seems to be to use the stepping stones: Norway and/or Scotland/Shetlands, thence to Faroe and Iceland and on to Greenland.

But I will be starting as early as the beginning of May and I think it will still be too rough and very cold up north. Also, from Iceland to Cape Farewell I could run into strong winds and I will be exposed to the dangerous lee shore of  the east coast of Greenland. Then I will have the problem of rounding the Cape.

So I figured that it could be much wiser to go down to the Azores first and from there sail NNW straight to the west coast of Greenland, taking advantage of the mostly westerly winds over the North Atlantic and the ice-free waters west of Greenland and without having to worry about being too close to Cape Farewell. 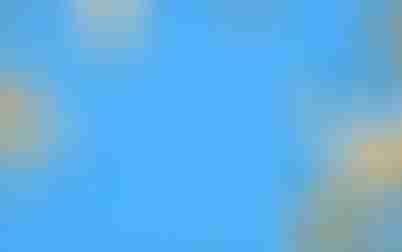 Answer: I think this is a very good plan for getting to the west coast of Greenland so early in the year. As you say, approaching Cape Farewell from the northeast when the harbours of refuge, such as they are, on the east coast of Greenland will almost certainly be blocked by ice, is potentially dangerous.

You could, of course, sail due west from Scotland to give Cape Farewell an offing of 50-100 miles before turning north, as Tilman was wont to do, but the trip would likely be long, cold, mostly to windward and generally wearisome.

On the other hand, when sailing northwest from the Azores you should have a fair proportion of southwest winds, although the almost inevitable northwesterly winds will be right on the nose, but you could use them to make westing on starboard tack and make a stop at St. John’s.

Of course the distance via the Azores is substantially more, at 3600 miles instead of 2200 going direct. However, you may make up much of that by having more fair winds and fewer gales.

The secret to making the trip both more comfortable and faster will be a clear understanding of the position of the strong wind belt (jet stream) and how to use that information to refine your route. Briefly, if the belt is well south, you may wish to head north earlier and take advantage of potential easterlies above it. In fact, if the belt is really well to the south, as has happened a couple of times in the last few summers, you may wish to make a last minute plan change and take the direct route west, since, in this case, you are likely to get a higher percentage of east winds on that route than normal, albeit with the chance of a real wing-ding storm.

I would recommend a thorough reading of Heavy Weather Avoidance and Route Design by Captain Ma-Li Chen and Les S. Chesneau. Easy reading it is not, but well worth the effort.

If you do decide to stop in St. John’s you will have to cross the Grand Banks with its combination of frequent heavy fog and ice bergs, a course we would not recommend without radar. Even with radar, this will be a tough part of the trip, particularly for a singlehander and coming at the end of a long passage.

Take care. Whatever way you go, it is likely to be a tough trip, particularly singlehanded, but it sounds as if you have the boat and experience to pull it off.