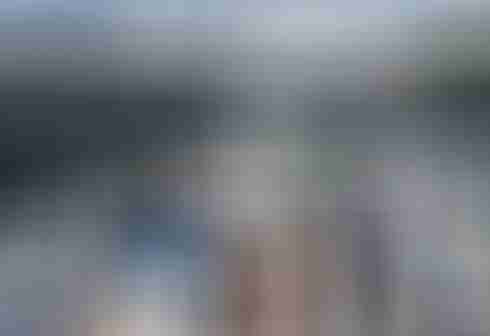 Living in Newfoundland during the implementation of the cod moratorium in 1992 opened my eyes to the devastation the death of an industry brings to a community. The subsequent visits to fishing ports throughout the North Atlantic on Morgan’s Cloud and our interactions with fisherfolk there have only served to make me more aware of the highly charged issues surrounding the fishery.

And from a gustatory perspective, the proliferation of stories about high levels of mercury in large predator fish, the rampant use of antibiotics and other medications in farmed fish, and the overfishing of wild species, had just about turned me off eating seafood at all.

So it was with great interest that I read Bottomfeeder: A Seafood Lover’s Journey to the End of the Food Chain by Taras Grescoe. A Canadian, he has traveled all over the world eating, talking and analyzing the state of the world’s fishery. (Note that bottomfeeder here refers to someone who eats from the bottom of the seafood chain, versus bottom-feeder, which refers to a fish that feeds on the bottom of the seafloor.)

His take on what needs to be done within the fishery:

He suggests some basic guidelines on how to eat sustainably and healthily:

Though the present state of the fishery is abysmal, and Taras doesn’t pull any punches in his analysis of what is wrong with the industry, in his conclusion he is actually quite positive that we can eat seafood sustainably and safely if we follow the guidelines he provides and demand that providers (restaurants and grocery stores) follow the same guidelines. 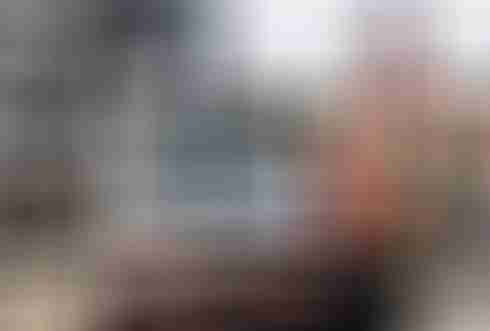 And this doesn’t have to put independent fisherfolk, a number of whom we consider our friends, out of business, either, which is something I was concerned about. In fact, Taras says that a small boat inshore fishery is the only way to go—one or two people, fishing with a harpoon or single-hook line or lobster trap (the Gulf of Maine lobster fishery looks like overfishing but so far it seems that it is sustainable), will have difficulty killing off a species as long as the habitat is protected.

Hopefully as a global society we can make these necessary changes and foster a healthy fishery and ocean environment.

Dear Phyllis,
A great article and very timely as (the way I see it) time is running out. I just attended a lecture by a noted British oceanographer (Callum Roberts at the Royal Geographic Society). Of the many things that stood out from his talk, one especially odious anecdote stood out: Packages of prawns (shrimp) displayed on their packaging that they were harvested in a “sustainable” manner, a strong appeal to consumers buying this product for “green” reasons (an appeal that catches my positive attention usually). Left unsaid was the fact, that while catching prawns was sustainable, the method for collecting turned the harvesting area into a wasteland for other species. I could be mistaken as the product could have been scallops, whose harvesting also turns vast (and expanding) areas of the seabed into wet unproductive deserts. Callum’s new book is “Ocean of Life” (may have a different title in the US) and amply speaks to your article as does a recent Economist article.
Dick Stevenson, s/v Alchemy

the way that products are ‘greenwashed’ is something we all have to be aware of, and develop the right antennae to pick up on it.

Callum Roberts has done everybody who is interested in this subject a great service with his excellent books, not just his latest, but the aptly and accurately titled ‘Unnatural history of the sea’. What we think is the norm in fisheries is nothing of the sort – what we saw with new eyes as children was already massive degraded by overfishing in many cases, so much so that we really have no idea what the true baselines are. You’d need to be one hell of an optimist to think it’s going to end well.

And for those of you on this side of the pond, the original and genuine Good Fish Guide, for many years a flagship project of the excellent Marine Conservation Society can be viewed at http://www.goodfishguide.co.uk – you can even download it.

And thanks, Phyllis, for bringing this to everyone’s attention – great article.

Great article. Thank you. Awareness is the first step. For those that are interested, another great book on the subject is Four Fish by Paul Greenberg.

at its current level of a little over 7-billion, world population has doubled since 1970 (thankfully is currently not expected to double again for another 200 years because of significantly reduced growth rates) not surprising we have these problems…makes me wonder what is the actual sustainable capacity of our planet where any further growth becomes unsustainable ?

Every one of the proposals from “Bottomfeeder” is spot on. Of course the implication is that the sustainable harvest of food fish from our increasingly acidified oceans is probably far less than half the current level. This is not out of step with what a sustainable level of world population would be if we employed the best currently available practices.

Or course in actual practice our economic and finance systems seek out the most profitable short term methods, regardless of long term consequences. For example, in just the past four decades we have gone from a situation where there were thousands of varieties of corn and wheat grown all over the world, with attendant built in resiliency, to a place where the entire world’s food supply comes from genetically identical dwarf wheat and high yield corn from a handful of varieties patented and controlled by Monsanto and a few competitors. These crops cannot be grown without massive applications of petrochemical fertilizers and pesticides. As long as their “fix” is available their improved yields feed the multitudes—– and the minute a superior bug evolves that is immune to any control millions of people will starve.

What is the true carrying capacity of the planet? In a technical society that deployed its genius for invention to the maximum— maybe far more than the present 7 billion. In a depleted planet after humans have caused the next Great Extinction event that we are now in the midst of? Perhaps one billion.

A great article and thank you for it. Check out this monster which can pillage 18,000 tons of fish and stay at sea for months. http://en.wikipedia.org/wiki/FV_Margiris
Fortunately, they have just lost an appeal to remain and fish Australian waters, but beware, it will be in someones fishery where a government will turn a blind eye to their activities.

Fish don’t understand or respect the concept of national borders.

No one country can restore the fishery on its own; foreign factory trawlers hanging out at the 201 mile line can easily negate the effects of any pro-fishery policy in that country. International problems need international solutions and international enforcement.

Those are good suggestions, but they are not great suggestions. They do not address the root cause of the problem.

The engine of destruction of the ocean is human population growth, sustained by the notion that more is better, particularly in the field of economics, where the absence of growth equates with failure.

A sustainable fishery is of no use in an ocean where micropolymers have destroyed the base of the food chain. The article mentions mercury, but it may be the least of our concerns; the oceanic food chain is very efficient at concentrating organic toxins that can cause permanent damage to DNA. Witness the St. Lawrence Beluga, so contaminated that its carcasses must be treated as toxic waste when they wash ashore.

If this process continues, the monsters that love humanity so excessively that they seek its expansion at the expense of everything else may no longer fit strictly into the definition of “human” because of the impact of their own mutagens.

The economic activity of the fishery is therefore not a reasonable target for preservation through sustainable practices; instead it represents the problem in itself. Boo, hoo, the fishermen lost their livelihood. Well, good, because they are simply the pointy end of the problem represented by all of the rest of us. If you want to understand what is wrong with the world ocean, hold up a mirror.

The scientific data is incomplete. Yes, we need more, but when our house is on fire, we do not need a scientist to tell us exactly how hot is the flame.

Anyone who has spent any time upon the ocean recently, unless they were blind and daft and running the whole time on a plane in front of a high powered engine, can tell you: our house is on fire!

Very well put, Nestor.
I’d have to say that the engine of destruction is not population growth, but rather growth of consumption and exploitation of non-renewable components of the biosphere. Population growth follows availability of energy supplies and food, not the other way around.

When we look in the mirror we must look beyond it at the “masters of the universe” (as the denizens of Wall Street like to be know as) who control money, power, and information in their own short-term interest and lead all of us in the stampede over the cliff of environmental and geophysical collapse.

I must admit that this is something that for a long time I was blissfully ignorant about, time to do some more reading.

Thank you all for your comments.

I agree that the state of the fishery is only one small problem within much larger global economic and environmental issues and my decision to only purchase sustainably caught products probably won’t make that much difference. However, I also believe that it is important to start somewhere. To use another example, I realize that recycling household products doesn’t actually make much difference to the overall problem of too much garbage, which is a product of over-consumption by wealthy countries, which is a product of our addiction to growth, etc.; however, when I recycle, my focus is on the issue of too much consumerism, too much garbage, and that does have an affect on what I buy…We have to start somewhere and if that means starting small, that’s okay. Hopefully a lot of small starts will add up to a big result.

Also, though I realize that a few of my fishing friends losing their jobs is a small thing in terms of the global situation, they’re my friends and I feel for them and all those who are the victims of an inequitable and broken economy and damaged environment (yes, they are also part of the problem, as we all are). But, if I don’t care about those near to me, how can I care about those in other places? Or how can I care about animals or plants that are going extinct? Again, my feeling is that the only way for me to deal with a problem this massive is to act in my small and local way. Otherwise the problem will seem insurmountable and I will just do nothing.

One of the best sailing/climbing/conservation/philosophy films I’ve ever watched. On Netflix — “180 Degrees South”